What is an ICO in cryptosphere?

ICO (An Initial Coin Offering) is a form of investment attraction, when investors acquire digital tokens (coins) of the ICO project using cryptocurrency/Fiat funds. Tokens vary in functionality: some can be used only as a domestic currency; others, to provide certain rights and privileges.

Why is an ICO held? 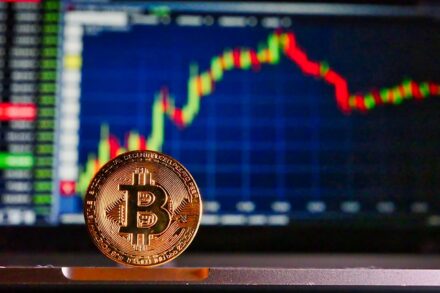 Legal status of an ICO

At the moment, the legal framework for an ICO is completely absent in most countries in the world. Some countries (Switzerland, Canada, Singapore, UK) are more loyal to cryptocurrencies and projects related to them. Others, on the contrary, enact policies prohibiting their use. One of the most significant, of course, is the position of the United States. However, regulators in America have not yet expressed a common position on this issue, although they are actively fighting against fraudulent ICOs.

In May 2018, the law was adopted in Russia, in which cryptocurrency and tokens are equated with property, but they are not recognized as a means of payment. The law also gives official definitions of mining and ICO.

An IPO is the process of issuing shares by a company (Initial Public Offering). A company attracts funds from investors, who in return receive shares with the privileges (the right to manage or the right to receive dividends).

The concept is similar to an ICO. But an IPO is strictly regulated at the state level. In the USA, such a company must be accredited by the SEC (Securities and Exchange Commission), which scrutinizes its activities. After the IPO procedure, the company must submit reports in a strictly prescribed manner.

Because ICO is not regulated, it is much easier to implement, but investors are not protected from risks. Therefore, there are many fraudulent ICO projects.

What attracts investors to an ICO?

Most investors participate in an ICO only for speculative gain – to buy tokens at the stage of an ICO and then resell them at a much higher price. Some projects showed crazy percentages of profits, thousands, in some cases hundreds of thousands percent.

Some investors purchase tokens to use them and receive the company’s services at a discount. And some just invest in interesting projects.

Risks of participation in an ICO

Since there are no regulations, the main risk that investors may face is fraud. Such projects were implemented quite often, especially at the peak of the ICO popularity in late 2017. There were instances when 1/3 of 10-20 new projects per day turned out to be fraudulent.

Also, the project in which the funds were invested may simply fail for some reason, close, or suspend its activities.

What you should pay attention to before participating in an ICO

Choosing an ICO project for investment is not a trivial task, especially at the time of great popularity of this crowdfunding. The list of the main points that you need to pay attention to when choosing it as follows:

Is it worth participating in an ICO now?

The heyday of an ICO coincided with the exponential growth of Bitcoin in late 2017. Many projects issued their tokens, and they grew in price, because the whole market grew. In a falling market, the situation is exactly the opposite – the tokens of many projects after listing on the exchange are cheaper than the ICO purchase price.

On the other hand, with the faded interest of ordinary investors, the number of fraudulent projects has also become much smaller, and this significantly reduces the risks of investing.

What is a smart contract?

Oil Under the Gun Again. On Monday morning, a barrel of Brent is
Euro Completely Recovered Its February Losses. On Monday, March 2nd, the major currency pair
How long to the parity for EURUSD?. EURUSD price is continuing to decrease. The last
Correctional Rebound in Oil Died DownGPBUSD: chance of a drop is still thereGold Stopped GrowingBrent oil price to drop down to $50Pound Handled the Brexit with DignityUSDCAD rises to 7-week high above 1.3200
Quotes / Tue 18 / May / 07:25pm

Bitcoin and Gold Prices Diverge Again, Extending 5-Month Correlation. Bitcoin is again feeling the pull of gravity
Markets roll back after last week decline, EURUSD tests the important resistance. Market focus Holidays in the U. S. and
What is crypto-currency in simple words?.   Crypto-currency is electronic virtual or digital money.
How to make money OUT of crypto-currency?How to earn bitcoin?What is bitcoin in simple words?How to buy a bitcoin?
Economic calendar / Tuesday 18 / May / 10:25pm