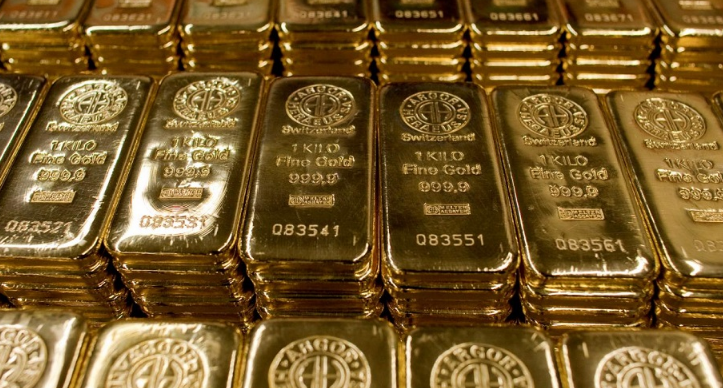 After being net sellers for decades, central banks have become net buyers of gold since 2010. The most notable purchase came from Turkey as it overtook Russia for the year. Turkey added 12.8 tons in October and saw its total reserves jump to 144.8 tons. The Turks have led the pack for two consecutive months.

According to Credit Suisse’s Managing Director Zoltan Pozsar, the Federal Reserve is set to push more money into circulation in the form of another round of quantitative easing (QE). In a note to clients, he wrote: If we’re right about funding stresses, the Fed will be doing QE4 by the end of the year.

The banking sector of two of the world’s largest economies is standing on shaky ground. As the general populace’s faith in the fractal reserve banking system evaporates, they will actively have to look for alternatives to park their wealth and gold will be the obvious choice.

Oil Under the Gun Again. On Monday morning, a barrel of Brent is
Euro Completely Recovered Its February Losses. On Monday, March 2nd, the major currency pair
How long to the parity for EURUSD?. EURUSD price is continuing to decrease. The last
Correctional Rebound in Oil Died DownGPBUSD: chance of a drop is still thereGold Stopped GrowingBrent oil price to drop down to $50Pound Handled the Brexit with DignityUSDCAD rises to 7-week high above 1.3200
Quotes / Sun 18 / April / 07:08pm

Bitcoin and Gold Prices Diverge Again, Extending 5-Month Correlation. Bitcoin is again feeling the pull of gravity
Markets roll back after last week decline, EURUSD tests the important resistance. Market focus Holidays in the U. S. and
What is crypto-currency in simple words?.   Crypto-currency is electronic virtual or digital money.
How to make money OUT of crypto-currency?How to earn bitcoin?What is bitcoin in simple words?How to buy a bitcoin?
Economic calendar / Sunday 18 / April / 10:08pm