Bitcoin extended its rally on Wednesday in Asia. The digital coin has now gained over 15% in the past seven days. 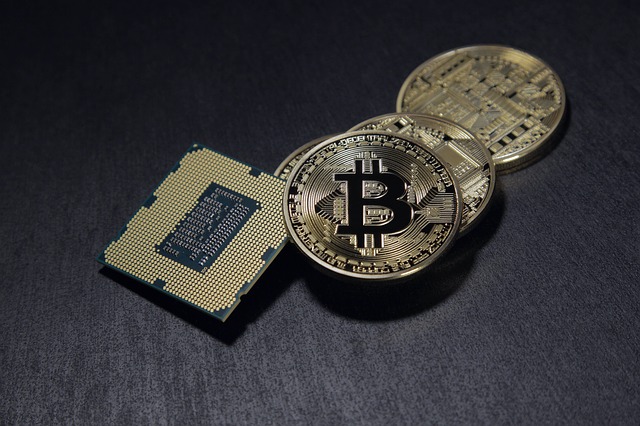 The gain in Bitcoin prices came after David Marcus, co-creator of Facebook’s Libra, wrote a letter to the House Financial Services Committee ahead of the upcoming hearings for the tech giant’s proposed launch of Libra.

“I want to give you my personal assurance that we are committed to taking the time to do this right,” Marcus wrote.

Chairwoman of the House Financial Services Committee Maxine Waters wrote a statement last month to express her concerns about Libra.

“Given the company’s troubled past, I am requesting that Facebook (NASDAQ:FB) agree to a moratorium on any movement forward on developing a cryptocurrency until Congress and regulators have the opportunity to examine these issues and take action.”

Ongoing institutional demand could be the key for the next upward higher, said Edward Moya, chief market strategist at Oanda Corp. in New York.

“Bitcoin looks like it could be coiling for a big breakout as institutional interest for blockchain technology shows no signs of slowing down,” said Moya. “The bubble-like gains this time are driven on solid institutional interest and while security is still a big risk, it appears Bitcoin has overcome many of its initial growing pains.”

Other cryptocurrencies traded lower today. Ethereum was down 1.5%, XRP dripped 2.9%, while Litecoin lost 3.3%.

Oil Under the Gun Again. On Monday morning, a barrel of Brent is
Euro Completely Recovered Its February Losses. On Monday, March 2nd, the major currency pair
How long to the parity for EURUSD?. EURUSD price is continuing to decrease. The last
Correctional Rebound in Oil Died DownGPBUSD: chance of a drop is still thereGold Stopped GrowingBrent oil price to drop down to $50Pound Handled the Brexit with DignityUSDCAD rises to 7-week high above 1.3200
Quotes / Tue 09 / March / 07:27am

Bitcoin and Gold Prices Diverge Again, Extending 5-Month Correlation. Bitcoin is again feeling the pull of gravity
Markets roll back after last week decline, EURUSD tests the important resistance. Market focus Holidays in the U. S. and
What is crypto-currency in simple words?.   Crypto-currency is electronic virtual or digital money.
How to make money OUT of crypto-currency?How to earn bitcoin?What is bitcoin in simple words?How to buy a bitcoin?
Economic calendar / Tuesday 09 / March / 10:27am