Bitcoin up; Apple said to have interest in crypto

Bitcoin continued to trade higher while other major digital coins fell on Friday in Asia. 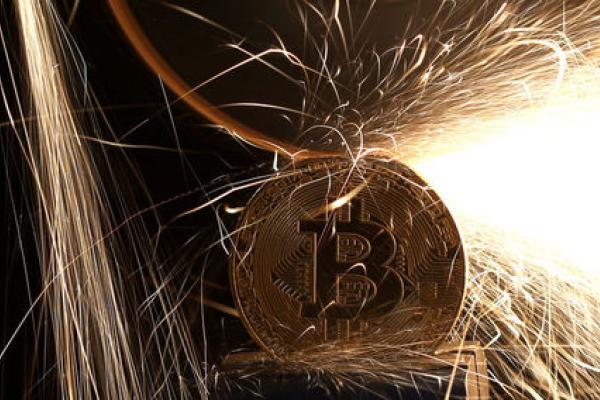 Much of the industry’s attention today went to smart devices giant Apple, which was said to be interested in the digital coins. Vice president of Apple Pay Jennifer Bailey told CNN Business that Apple is “watching cryptocurrency.”

“We think it has interesting long-term potential, but we’re primarily focused on what customers are using today … and are happy with,” Bailey said.

Should Apple move into the crypto space, it would be “a major shot in the arm for crypto,” said Dan Ives, an analyst at Wedbush Securities.

Apple has been tapping into consumer finance in recent years. After launching Apple Pay in 2014, it released the Apple Card in collaboration with Mastercard and Goldman Sachs.

However, market interest in crypto might be declining, as crypto data tracker TokenAnalyst suggested.

Fewer are sending major digital coins to exchanges such as Binance and Bitfinex. The number of addresses sending the token to Bitfinex hit a two-year low, and the amount on Binance also dropped to early 2018 levels.

Sid Shekhar, co-founder of TokenAnalyst, said it reflects “a lack of retail interest in general currently in crypto.”

Oil Under the Gun Again. On Monday morning, a barrel of Brent is
Euro Completely Recovered Its February Losses. On Monday, March 2nd, the major currency pair
How long to the parity for EURUSD?. EURUSD price is continuing to decrease. The last
Correctional Rebound in Oil Died DownGPBUSD: chance of a drop is still thereGold Stopped GrowingBrent oil price to drop down to $50Pound Handled the Brexit with DignityUSDCAD rises to 7-week high above 1.3200
Quotes / Wed 03 / March / 05:40am

Bitcoin and Gold Prices Diverge Again, Extending 5-Month Correlation. Bitcoin is again feeling the pull of gravity
Markets roll back after last week decline, EURUSD tests the important resistance. Market focus Holidays in the U. S. and
What is crypto-currency in simple words?.   Crypto-currency is electronic virtual or digital money.
How to make money OUT of crypto-currency?How to earn bitcoin?What is bitcoin in simple words?How to buy a bitcoin?
Economic calendar / Wednesday 03 / March / 08:40am