Brexit the only game in town as markets wait for ECB 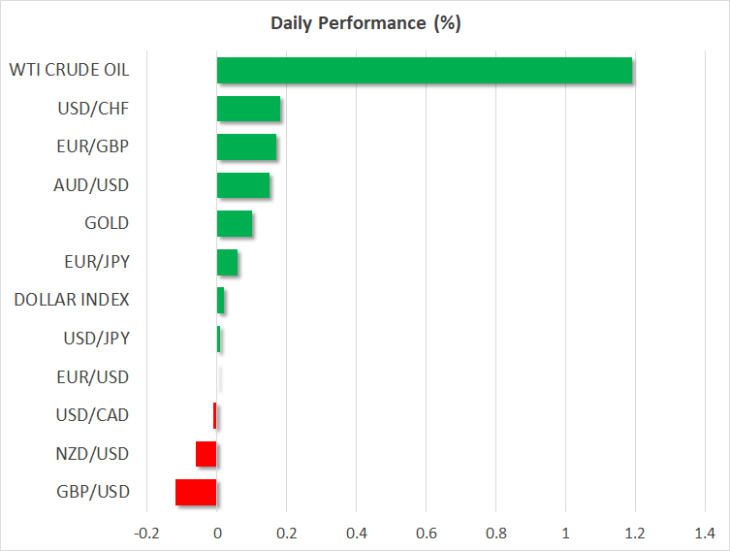 Never a dull moment in British politics. After a stormy week that saw the government lose its majority and suffer multiple Brexit defeats in Parliament, investors will keep their gaze locked on another crucial vote today, as PM Johnson will have another go at convincing lawmakers to hold a snap election in mid-October.

The pound is a little softer early on Monday, giving back some of its latest gains after Amber Rudd resigned from the UK cabinet over the weekend, saying: “I no longer believe leaving with a deal is the government’s main objective”.

What lies ahead? Boris will most likely lose the snap election vote today, as he no longer commands a majority in Parliament and opposition parties have been clear they won’t support an election until the UK is given a Brexit extension. That may help to briefly lift the pound, but the overall picture remains gloomy – this doesn’t look like the beginning of a healthy uptrend.

Outside of taking radical actions like declaring a national emergency, Boris has little choice but to ask for an extension and seek a general election after October. After all, he has ‘purged’ several of his own MPs and needs to regain a majority if he is to implement his agenda. His Tory party is also leading opinion polls by a meaningful margin. Therefore, while the mere avoidance of a no-deal Brexit in October may keep the pound afloat for now, the risk of a chaotic exit early next year remains very much alive given the prospect of an election-bolstered Boris government.

In the economic realm, the greenback was little changed on Friday, as the latest US jobs report and some remarks from Fed Chairman Jay Powell were not enough to make traders reconsider the outlook for monetary policy. Nonfarm payrolls clocked in at 130k, less than the 158k forecast, but this softness was offset by a stronger-than-projected wage growth number. Chair Powell didn’t reveal anything new either, arguing that the Fed is not forecasting a recession, but is still monitoring global risks very carefully.

This was the last appearance by an FOMC official before the September 18 policy meeting. The fact that Powell stuck to the script – not pushing back at all against market expectations for a rate cut in September – implies that such an action is a done deal. Indeed, a quarter-point rate cut is fully priced in. Hence, the most important variable for the dollar in the near term may be how many cuts the officials pencil into their new rate forecasts for the coming years.

In the more immediate future, the ECB meeting on Thursday could also be pivotal for the dollar. If Draghi manages to muster enough support to deliver a stimulus package that is over and above what investors currently expect, that could push the euro lower, and by extension benefit the greenback.

In the broader market, risk appetite has returned on Monday, with Asian stock markets being a sea of green, despite some disappointing trade data out of China over the weekend. Even though exports for August were weaker than expected, in another sign that the trade war is starting to bite, Chinese authorities were quick to calm markets by hinting at more monetary stimulus to cushion the economy. 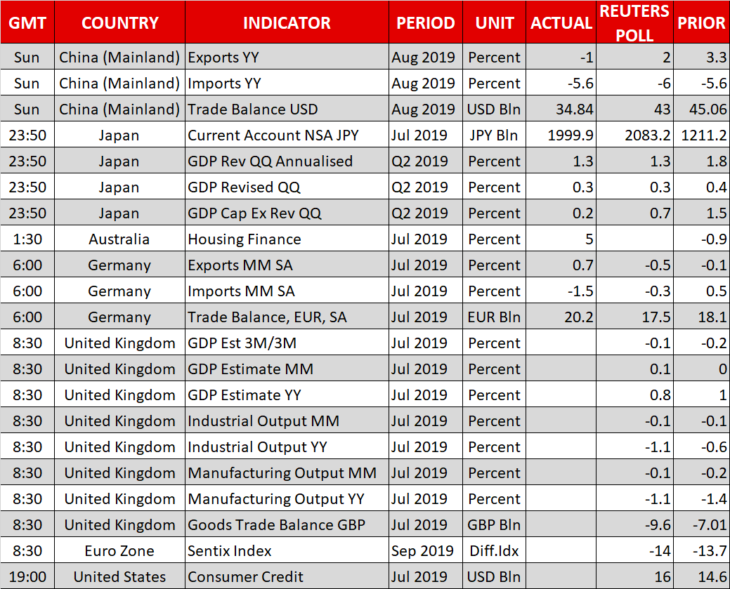 Oil Under the Gun Again. On Monday morning, a barrel of Brent is
Euro Completely Recovered Its February Losses. On Monday, March 2nd, the major currency pair
How long to the parity for EURUSD?. EURUSD price is continuing to decrease. The last
Correctional Rebound in Oil Died DownGPBUSD: chance of a drop is still thereGold Stopped GrowingBrent oil price to drop down to $50Pound Handled the Brexit with DignityUSDCAD rises to 7-week high above 1.3200
Quotes / Sat 17 / April / 05:20am

Bitcoin and Gold Prices Diverge Again, Extending 5-Month Correlation. Bitcoin is again feeling the pull of gravity
Markets roll back after last week decline, EURUSD tests the important resistance. Market focus Holidays in the U. S. and
What is crypto-currency in simple words?.   Crypto-currency is electronic virtual or digital money.
How to make money OUT of crypto-currency?How to earn bitcoin?What is bitcoin in simple words?How to buy a bitcoin?
Economic calendar / Saturday 17 / April / 08:20am