Growing concerns over the outbreak of a mysterious pneumonia-like virus in China, which has killed 9 and infected hundreds more, has impacted currency markets and pushed the Chinese yuan lower. “It is starting to have an impact … on financial markets over the past 24 to 48 hours,” Adarsh Sinha, co-head of Asia rates and foreign exchange strategy at the Bank of America Securities told CNBC’s “Street Signs” on Wednesday. 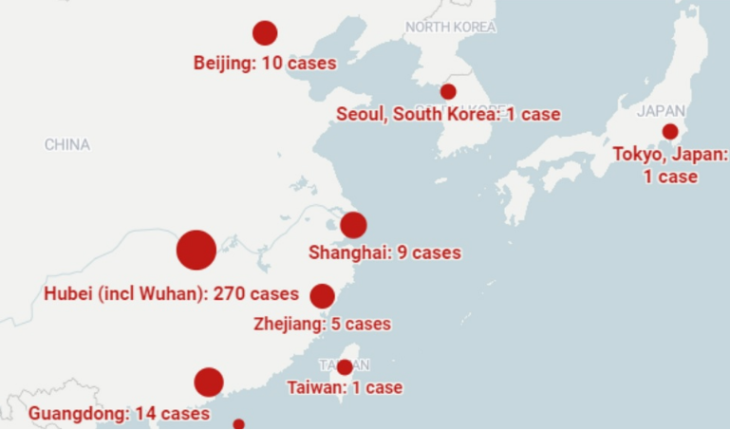 On Tuesday, the Japanese yen — often seen as a safe-haven in times of economic uncertainty — strengthened sharply against the dollar to levels below 109.8. It last traded at 110.01. Meanwhile, both the onshore and offshore Chinese yuan have seen a steep weakening against the greenback and last traded at 6.902 and 6.9036, respectively. The yuan saw levels below 6.86 earlier in the trading week.

So far, more than 400 cases have been confirmed by public healthcare officials, with the bulk of them coming from China. Cases have also been confirmed in Thailand, South Korea, Japan and Taiwan. Concerns of the disease spreading were further fueled by the fact that millions are expected to be traveling within China and outside the country ahead of the extended Lunar New Year holiday that is set to begin on Saturday.