After the signing of the Phase One trade agreement between China and the US, the markets continue to watch the news from China with anxiety. A new wave of risk aversion triggered by reports of a new Chinese virus spreading on the eve of the Lunar New Year. It has quickly revived investors’ memories of the severe economic consequences of the SARS virus in 2003.

The anxiety heightened by the fact that hundreds of millions of people travel to and from China on New Year’s Eve, contributing to the spread of the disease. At the background of fears about the virus, Japanese Nikkei225 and Euro50 lost about 0.8% this morning, while Shanghai’s China A50 blue-chip index down 1.5% and the Chinese yuan has lost 0.6% against the dollar to 6.90. 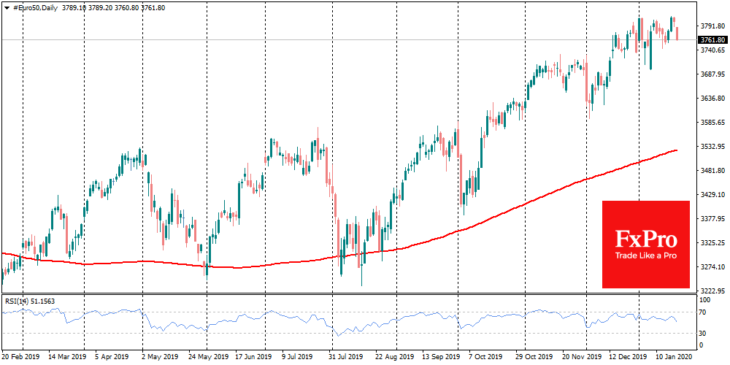 However, the vulnerability of markets to this kind of news is also an essential characteristic of it.

Firstly, it is an indicator that markets are not afraid of serious economic problems at the moment. Otherwise, they would be in the focus of investors, not the virus. It is also worth looking at the most high-profile topics in the media in recent weeks, which have paid increased attention to climate change. De facto, these issues promise to be the most high-profile ones at the economic forum in Davos.

Secondly, the vulnerability of markets to such news is a clear signal of the fragility of the recent stock rally. If the story of potential and so unclear threats can trigger such a significant market reaction, it is explicit evidence that investors are looking for excuses to take profits. 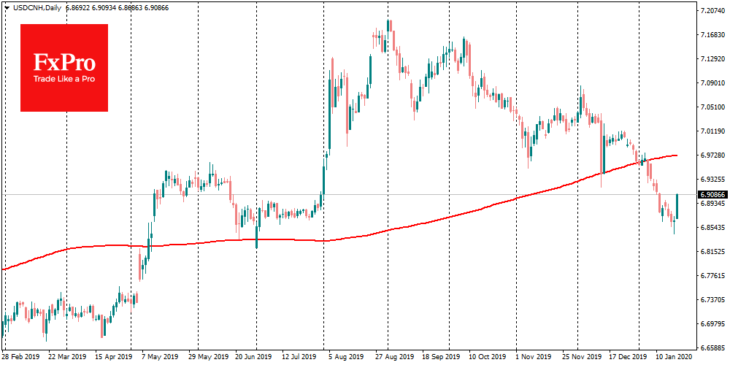 Against this background, it is worth paying attention to the upcoming meetings of major central banks, including the ECB, Fed, and Bank of England this week and next week. Bank of Japan has already issued its policy statement, retaining the previously announced incentives.

The ECB will take comprehensive monetary policy review, that may cause a sharp change in the EURUSD rate, and have long-term consequences for the trend in this currency pair.

In our opinion, after signing the US-China “Phase One” and in light of the intention to pause further negotiations, the downward trend of EURUSD is under review. It formed in early 2018 on fears that trade conflicts will lead to a more significant slowdown in Europe than in the US. It proves to be right, but ‘what next’, ask investors. 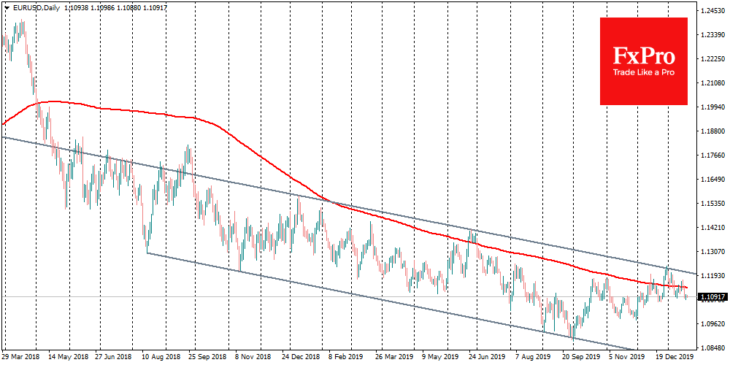 Oil Under the Gun Again. On Monday morning, a barrel of Brent is
Euro Completely Recovered Its February Losses. On Monday, March 2nd, the major currency pair
How long to the parity for EURUSD?. EURUSD price is continuing to decrease. The last
Correctional Rebound in Oil Died DownGPBUSD: chance of a drop is still thereGold Stopped GrowingBrent oil price to drop down to $50Pound Handled the Brexit with DignityUSDCAD rises to 7-week high above 1.3200
Quotes / Sun 18 / April / 05:30pm

Bitcoin and Gold Prices Diverge Again, Extending 5-Month Correlation. Bitcoin is again feeling the pull of gravity
Markets roll back after last week decline, EURUSD tests the important resistance. Market focus Holidays in the U. S. and
What is crypto-currency in simple words?.   Crypto-currency is electronic virtual or digital money.
How to make money OUT of crypto-currency?How to earn bitcoin?What is bitcoin in simple words?How to buy a bitcoin?
Economic calendar / Sunday 18 / April / 08:30pm