Prices of major cryptocurrencies rose on Wednesday in Asia as the U.S. Committee on Banking, Housing and Urban Affairs held a hearing entitled “Examining Regulatory Frameworks for Digital Currencies and Blockchain” overnight. 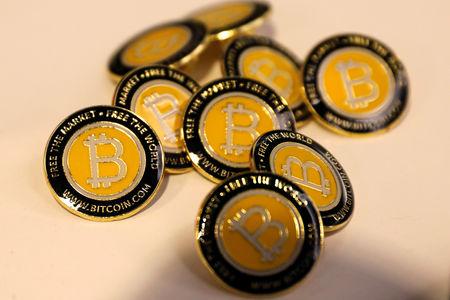 During the hearing, comments by Nevada’s senior senator, Catherine Cortez Masto received some attention as she said that blockchain technology has potential and isn’t going away.

“I do think that blockchain technology … there’s potential for it. It’s a platform that has the ability to transform so many sectors of this country from, what we are talking about right now – the financial sector, to the energy sector, to healthcare records, to everything. I think there’s potential here and it’s not going to go away. It is something we will have to address because if we, as a country, do not lead in this technology, China or some other country is going to do so,” she said.

He used previous innovation such as the sub-prime mortgages as an example that if not managed properly, new technology and innovation could potentially slam the economy into recession:

“Just like Facebook (NASDAQ:FB) – which claims its new currency will help the unbanked and underbanked – these mortgages were supposed to help people who never had access to credit achieve the American dream of homeownership,” Senator Brown stated. “In reality, those mortgages ripped off millions of families who ended up losing their homes, they wrecked the economy, and they made the staggering inequality in this country even worse.”

The hearing takes place after the House Financial Services Committee grilled Facebook earlier this month over plans to launch Libra, its own digital coin.

The company’s crypto chief David Marcus said at the time that Facebook would wait to have all regulatory approvals and address any concerns before proceeding with the launch.

In other news, Ripple CEO Brad Garlinghouse told Bloomberg in an interview that a “new fiat currency” isn’t needed and that the dollar is perfectly suitable.

“Financial regulation matters. Know your customer and anti-money laundering, and anti-terrorist financing… these are important foundational pieces of our financial system, and we need to make sure that the future constructs keep that in mind,” said Garlinghouse.

Oil Under the Gun Again. On Monday morning, a barrel of Brent is
Euro Completely Recovered Its February Losses. On Monday, March 2nd, the major currency pair
How long to the parity for EURUSD?. EURUSD price is continuing to decrease. The last
Correctional Rebound in Oil Died DownGPBUSD: chance of a drop is still thereGold Stopped GrowingBrent oil price to drop down to $50Pound Handled the Brexit with DignityUSDCAD rises to 7-week high above 1.3200
Quotes / Tue 09 / March / 06:31am

Bitcoin and Gold Prices Diverge Again, Extending 5-Month Correlation. Bitcoin is again feeling the pull of gravity
Markets roll back after last week decline, EURUSD tests the important resistance. Market focus Holidays in the U. S. and
What is crypto-currency in simple words?.   Crypto-currency is electronic virtual or digital money.
How to make money OUT of crypto-currency?How to earn bitcoin?What is bitcoin in simple words?How to buy a bitcoin?
Economic calendar / Tuesday 09 / March / 09:31am