Currencies take a breather ahead of risk events, stocks retreat 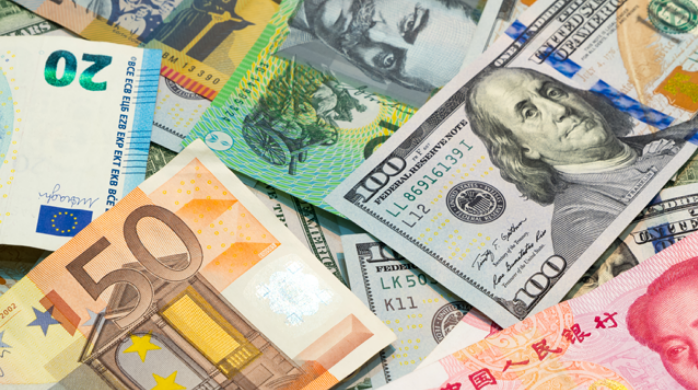 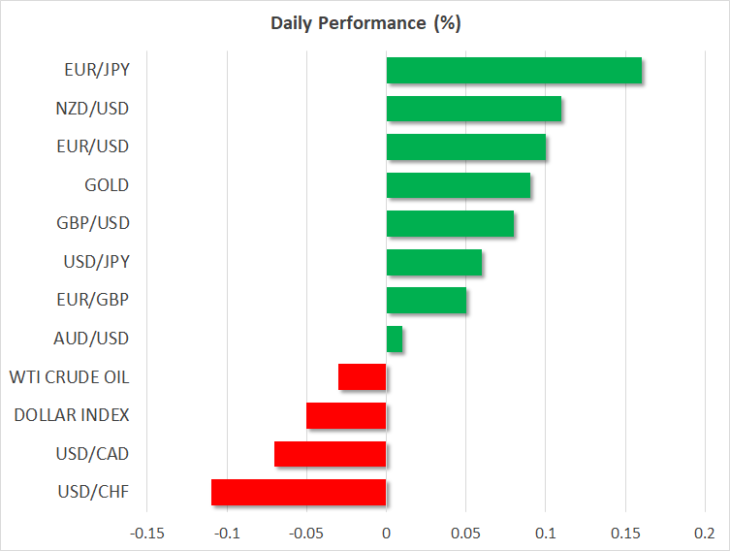 It was a very quiet session for financial markets, with most major currency pairs trading in tight ranges to end little changed overall, without any major news to drive the price action. Stocks retreated a little, with the S&P 500 shedding 0.32% but remaining within breathing distance of its record highs, most likely as investors took profit on some of their prior long positions and minimized their risk exposure ahead of crucial events later this week.

The next source of volatility will probably be the Fed’s policy decision tomorrow. Rate cuts are off the menu, as several policymakers signaled recently that they want to take the sidelines and monitor incoming data, having cut rates three times already this year. Hence, all the action will come from the new ‘dot plot’ with interest rate forecasts, and the question is, will the new ‘dots’ signal one more cut next year or not?

Given the resilience of the US economy, the already-enacted rate cuts, and the somewhat rosier outlook for trade, the answer is most probably no. Almost every Fed official has been clear lately that it would take a shock or a serious downturn in the data for rates to be slashed again, so it would be awfully strange if they still projected future cuts.

With markets still pricing in a full rate cut by November 2020, a dot plot that shows an unchanged Federal funds rate next year could come as a ‘hawkish’ surprise for many and by extension, lift the dollar but weigh on stocks a little.

The British pound briefly popped higher yesterday as election polls showed the Conservatives maintaining their substantial lead over Labour, bolstering hopes for a majority government to end the nation’s political paralysis. Cable surrendered most of those gains later on, but continues to trade near its recent highs, as a Tory majority is now clearly the market’s baseline scenario.

Note that this creates an asymmetry in terms of the risks surrounding sterling. If the Tories win big as expected, the pound could still jump but any gains are likely to be smaller in magnitude compared to the losses the currency may record on a hung Parliament outcome, as that would catch investors by surprise.

UK GDP data for October are due today, but a more impactful announcement will probably come from Yougov, which will release its final model-based poll at 22:00 GMT. This poll was the only one to accurately predict the hung Parliament back in 2017, so investors will pay close attention. It was last released a few weeks ago and showed the Tories gaining a respectable majority. If the same is true today, the pound could extend its recent gains – but as per above, any suggestion of a hung Parliament would likely generate a much bigger downside reaction.

Besides the UK GDP numbers and the Yougov poll, the only other noteworthy release today is Germany’s ZEW survey for December.

Overall, trade news will remain squarely in focus, as traders try to decipher whether the US President will truly fire another salvo of tariffs against China on Sunday, or whether this is just another chapter of ‘the art of the deal’. 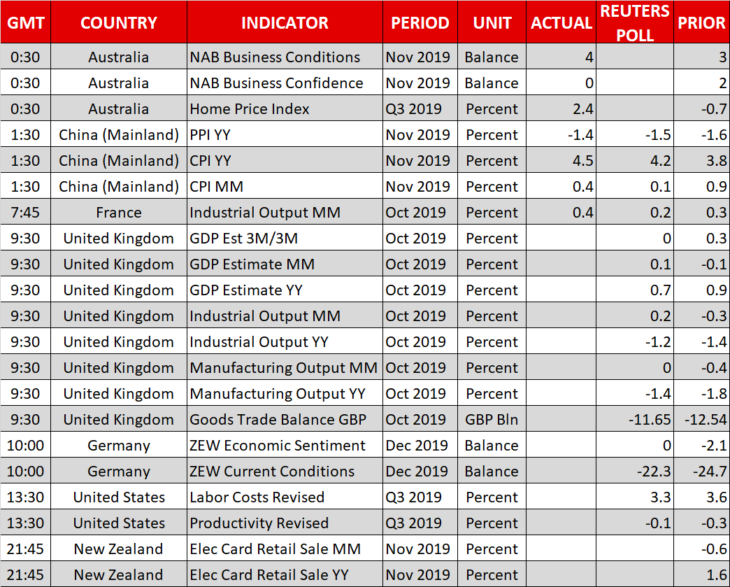 Oil Under the Gun Again. On Monday morning, a barrel of Brent is
Euro Completely Recovered Its February Losses. On Monday, March 2nd, the major currency pair
How long to the parity for EURUSD?. EURUSD price is continuing to decrease. The last
Correctional Rebound in Oil Died DownGPBUSD: chance of a drop is still thereGold Stopped GrowingBrent oil price to drop down to $50Pound Handled the Brexit with DignityUSDCAD rises to 7-week high above 1.3200
Quotes / Mon 19 / April / 03:49am

Bitcoin and Gold Prices Diverge Again, Extending 5-Month Correlation. Bitcoin is again feeling the pull of gravity
Markets roll back after last week decline, EURUSD tests the important resistance. Market focus Holidays in the U. S. and
What is crypto-currency in simple words?.   Crypto-currency is electronic virtual or digital money.
How to make money OUT of crypto-currency?How to earn bitcoin?What is bitcoin in simple words?How to buy a bitcoin?
Economic calendar / Monday 19 / April / 06:49am