Global equity markets extended the rally on Thursday on the back of optimism of trade deal despite mixed US data. US Treasury Secretary Steven Mnuchin said the phase one trade deal will be signed at the beginning of January as the deal was completely finished. US initial weekly jobless claims fell by 18K to 234K although continuing claims rose from 1.667 million to 1.722 million.

Markets will watch out for 3Q US GDP data, PCE income and spending data and University of Michigan business sentiment data later today.

The Bank of Japan kept its benchmark interest rate unchanged as widely expected. The BoJ Governor Kuroda was more upbeat on growth outlook saying that global outlook has brightened somewhat due to preliminary USChina trade deal. However, he also countered the view that monetary policy has reached its limit saying that deepening negative rates were among the policy option. His view was echoed by the new research study by ECB staff. The research paper said the lower overnight rate is associated with stronger loan growth and the negative rates could even go lower further before any cuts become counterproductive amid a severe shock to growth.

BOE left bank rate steady, still cautious ahead of Jan 2020 Brexit headline: The Bank of England MPC voted 7-2 (unchanged) to keep bank rate steady at 0.75% as widely expected and reiterated its hawkish stance. Among key points being of the latest statement include that BOE expects growth to pick up from current below-potential rates, “supported by the reduction of Brexit-related uncertainties, an easing of fiscal policy and a modest recovery in global growth”. Economic data were broadly in line with November Inflation Report, global growth offers signs of stabilising. The partial de-escalation of US-China trade war provides additional support to outlook but trade tensions remain elevated. BOE said that U.K. GDP is expected to grow marginally in 4Q and financial markets remained sensitive to domestic policy development. There are signs that the labour market is loosening, although it remains tight. Pay growth “has eased somewhat” but unit labour costs continued to grow at rates consistent to meet its 2% inflation in the medium term. CPI is still expected to fall to 1.25% by spring. BOE appeared to remain cautious in its latest statement, sticking to its “wait and see approach” ahead of key Jan 2020 Brexit deadline. It repeated that at this juncture, monetary policy could still respond in either direction and it will continue to monitor closely the responses of companies and households to Brexit developments as well as the prospects for a recovery in global growth. It reinforced its hawkish stance that “some modest tightening of policy, at a gradual pace and to a limited extent, may be needed to maintain inflation sustainably at the target”, barring from the materialisations of Brexit and global growth risks 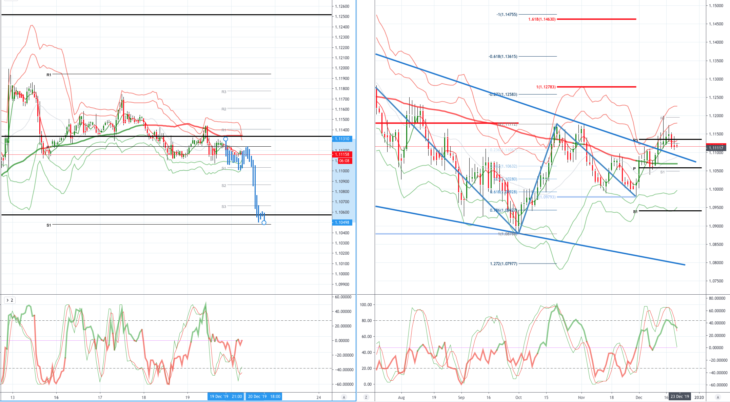 From a technical and trading perspective, anticipated failure below 1.33 has initiated a deeper correction to the 1.30 break point. On the day look for 1.32 to act as resistance, only a daily close back above 1.3250 would alleviate downside pressure, setting a base to revisit 1.34

GBPUSD…UPDATE a failure to recapture 1.3130 today will be a further bearish development opening a test of trendline support down to 1.28 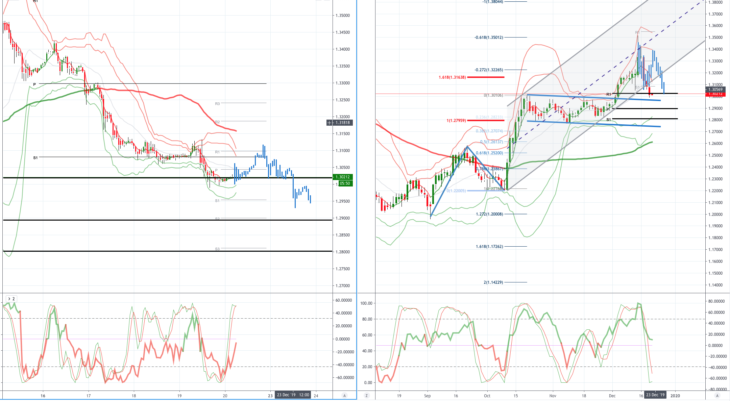 AUDUSD…UPDATE Daily chart has flipped bearish, .6850 bids being eroded, bulls trying to defend .6840 a further failure here opens a move to test bids back towards .6800 NO CHANGE IN VIEW 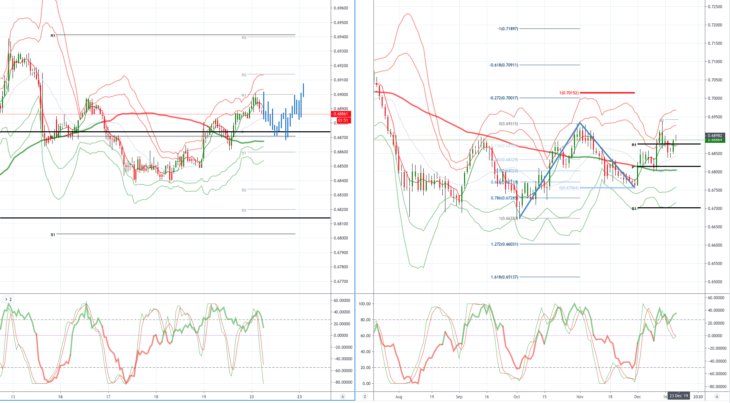 Oil Under the Gun Again. On Monday morning, a barrel of Brent is
Euro Completely Recovered Its February Losses. On Monday, March 2nd, the major currency pair
How long to the parity for EURUSD?. EURUSD price is continuing to decrease. The last
Correctional Rebound in Oil Died DownGPBUSD: chance of a drop is still thereGold Stopped GrowingBrent oil price to drop down to $50Pound Handled the Brexit with DignityUSDCAD rises to 7-week high above 1.3200
Quotes / Mon 19 / April / 02:42am

Bitcoin and Gold Prices Diverge Again, Extending 5-Month Correlation. Bitcoin is again feeling the pull of gravity
Markets roll back after last week decline, EURUSD tests the important resistance. Market focus Holidays in the U. S. and
What is crypto-currency in simple words?.   Crypto-currency is electronic virtual or digital money.
How to make money OUT of crypto-currency?How to earn bitcoin?What is bitcoin in simple words?How to buy a bitcoin?
Economic calendar / Monday 19 / April / 05:42am