From a technical and trading perspective as suggested we cleared 1.0970 and have renewed bullish sentiments offers & stops over 1.10 now look vulnerable, on the day we look for 1.0940 to provide support, a failure below 1.0920 would concern the bullish bias and open another run to test bids at 1.09. I am still running weekly & daily long positions with decent profits and now risk free. 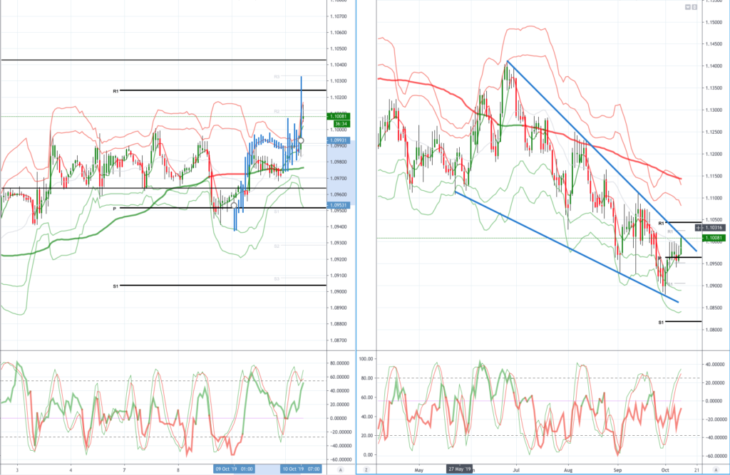 From a technical and trading perspective 1.2350 stops taken out as we spiked 1.24 in standard sterling style trade we duly retreated to test bids at 1.23 as these continue to support this area should provide the platform to test my target, however, a failure below 1.2285 would negate upside objectives and open a retest of 1.22 bids.

GBPUSD…UPDATE as 1.22 survives, potential to retest 1.23 from below, as this caps upside attempts we likely take another look at 1.22 bids. Trade is stymied by headline risk, as such I am stepping aside for now waiting for more favourable levels to rengage. 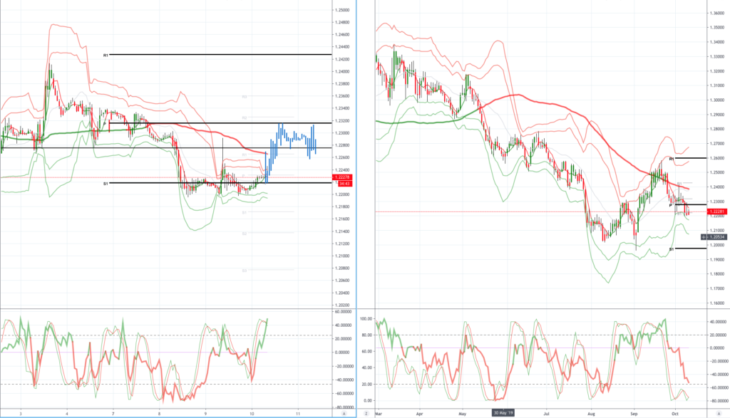 From a technical and trading perspective prices look poised to test bids below 106.50a failure below here will open a 106.10 test, look for 107.35 to caps any upside attempts, through 107.60 would delay downside objectives.

USDJPY…UPDATE the move through 107.60 opens a test of offers and stops above 108, however, headline risk remains heightened as such expect whipswa in the current 107/107.60 range an sustained break will given directional bias into the end of the week. 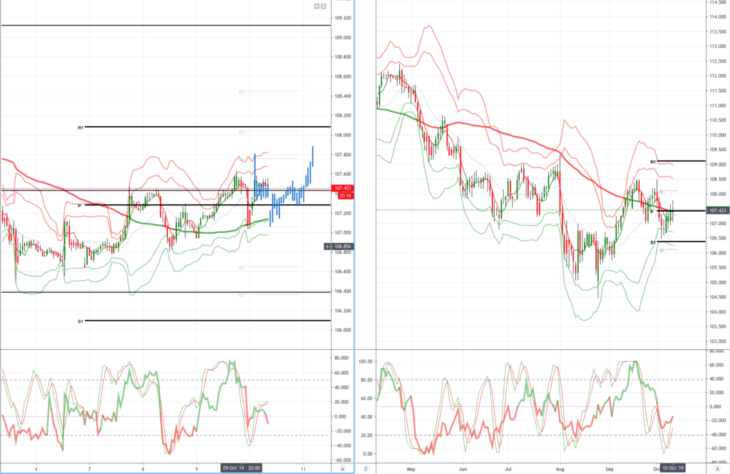 From a technical and trading perspective the move back through .6750 has renewed bullish aspirations, however expect heavy going as the market tries to chew through thick offers towards .6775, however, as .6740 supports look for another impulsive move to gun stops ahead of .6800 challenge.

AUDUSD…UPDATE no change in view, if we can take out .6760, offers and stops above .6800 remains the upside objective, however, if .6715 fails to stem declines on the day bulls will likely throw in the towel for now exposing stops below last weeks lows. 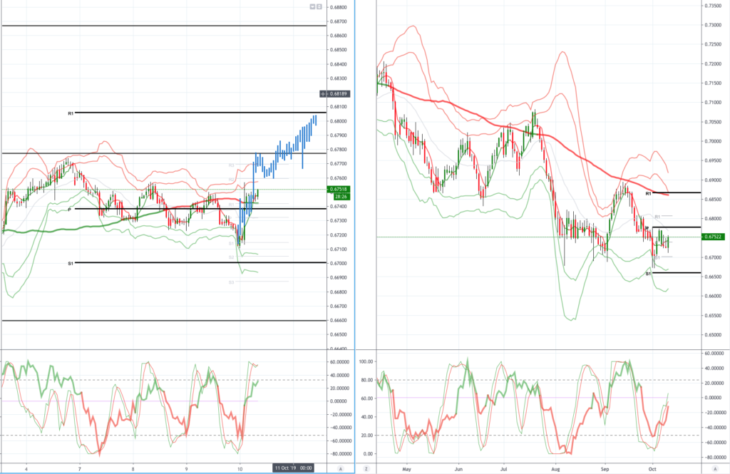 Oil Under the Gun Again. On Monday morning, a barrel of Brent is
Euro Completely Recovered Its February Losses. On Monday, March 2nd, the major currency pair
How long to the parity for EURUSD?. EURUSD price is continuing to decrease. The last
Correctional Rebound in Oil Died DownGPBUSD: chance of a drop is still thereGold Stopped GrowingBrent oil price to drop down to $50Pound Handled the Brexit with DignityUSDCAD rises to 7-week high above 1.3200
Quotes / Sun 18 / April / 05:00pm

Bitcoin and Gold Prices Diverge Again, Extending 5-Month Correlation. Bitcoin is again feeling the pull of gravity
Markets roll back after last week decline, EURUSD tests the important resistance. Market focus Holidays in the U. S. and
What is crypto-currency in simple words?.   Crypto-currency is electronic virtual or digital money.
How to make money OUT of crypto-currency?How to earn bitcoin?What is bitcoin in simple words?How to buy a bitcoin?
Economic calendar / Sunday 18 / April / 08:00pm