From a technical and trading perspective last weeks move higher on the intraday charts demonstrated impulsive qualities as such today I am bullish above the weekly pivot 1.1010 with a stop just below 1.0970 targeting a move to test the monthly R1 at 1.1160/80 (as highlighted by the blue forecast candles on the chart).

UPDATE …EURUSD continues to consolidate in a 30pip range as traders pare risk ahead of tomorrow’s ECB meeting. There was another late drift higher driven by some noise that the ECB could delay QE and make it data dependent, however this move has since been retraced. Maintain my bullish stance above 1.10 targeting 1.1160. 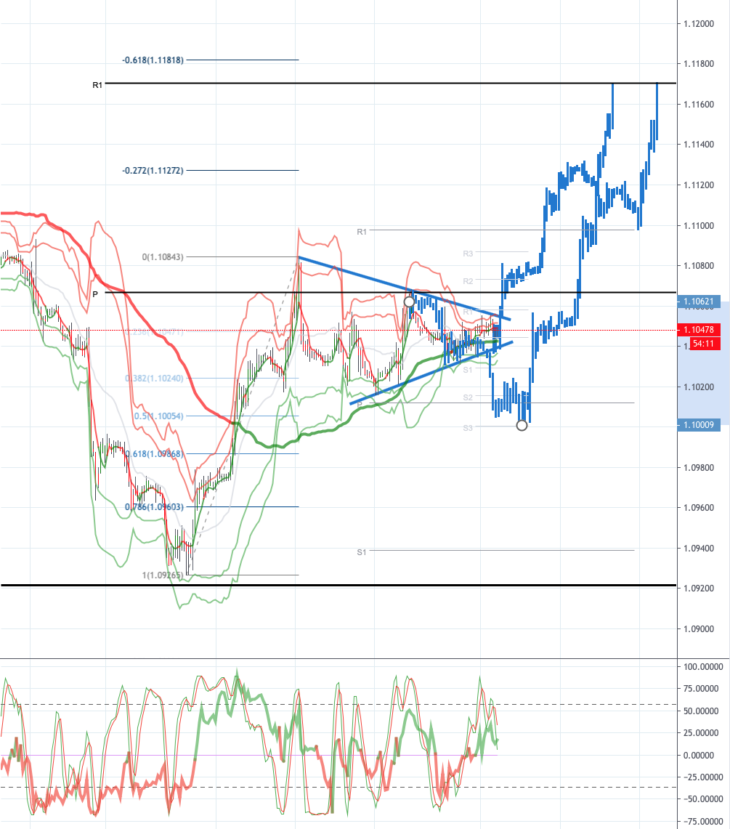 From a technical and trading perspective headline risk weighs with the potential for the pair to retest support towards 1.22 watch for bullish reversal patterns to 1.2185 to set a base for the next leg of the corrective recovery to target 1.26.

UPDATE …GBPUSD two key levels of interest, if the current ending diagonal pattern holds (highlighted on the chart) I am looking for a test of 1.2450 where I anticipate offers to cap on an initial test, with the potential for a pullback to test bids towards 1.22, An early breach of 1.23 would open a test of the pivotal 1.22 support. (as highlighted by the blue forecast candles on the chart). 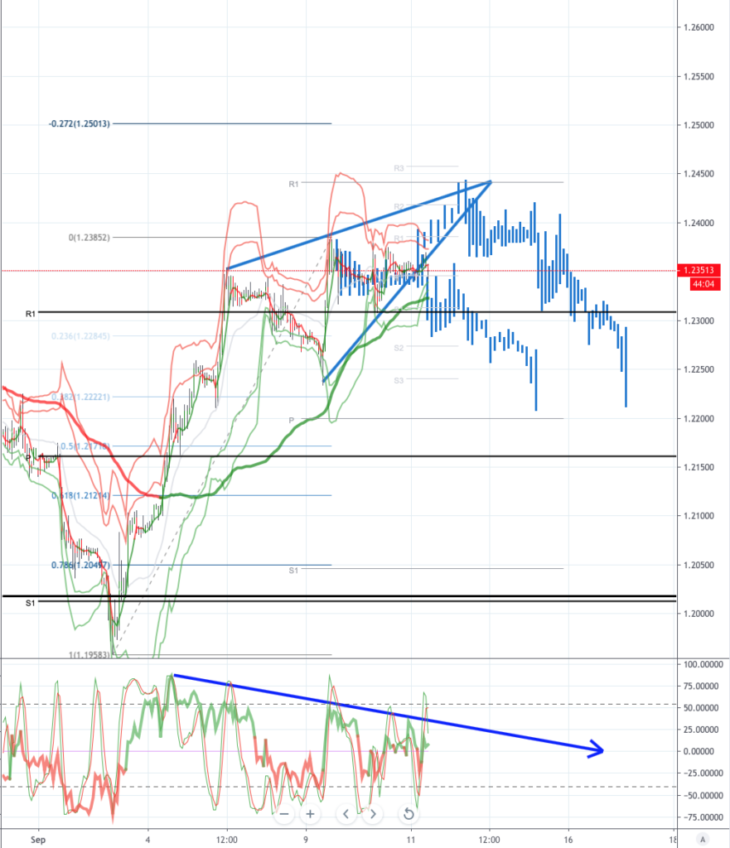 From a technical and trading perspective the pair retains a bid tone supported by the reversal in US treasury yields, the pair looks poised to test offers above 108, where i will be looking for a tradable pullback to test bids towards 107, as these contain the correction there is the potential to set a base to make a sustained push through 108 en-route to 109. 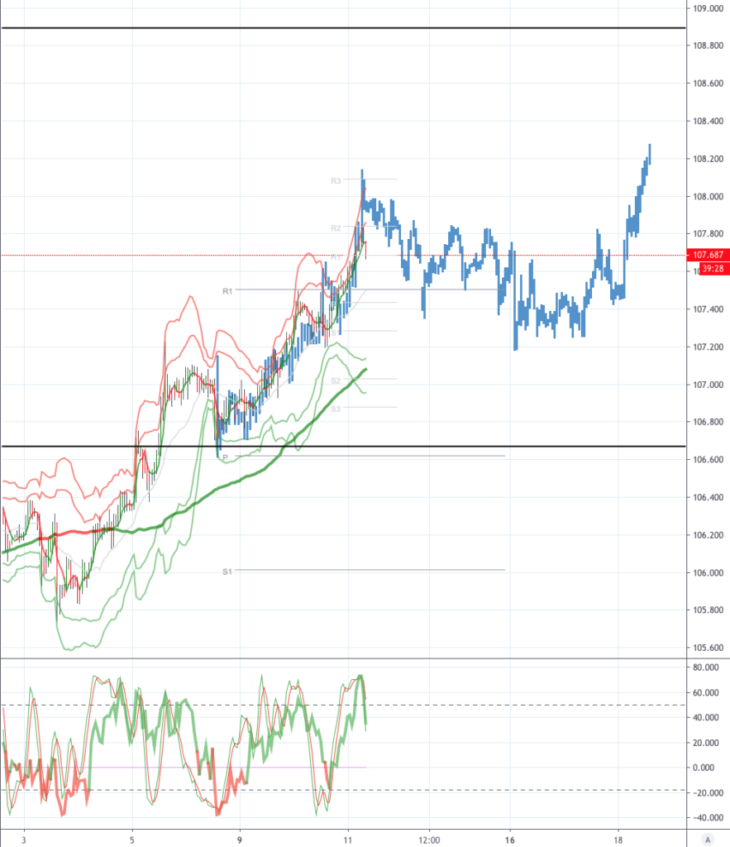 AUDUSD (Intraday bias: Bullish, offers ahead of .6900 to be tested)

From a technical and trading perspective last weeks intraday price pattern has impulsive qualities suggesting pullback should be bought for another leg of corrective upside, on the day I am looking for the pair to trade with a bid tone, any pullbacks towards the .6800 level will be buying opportunities as the pair should find support setting a base for the next leg higher to target offers above 0.6900

UPDATE …AUDUSD remains buoyant supported by positive news flow on the US/China trade front. As .6840 supports it seems we can make an early challenge on the offers towards .6900 which I anticipate will cap on the initial test, setting a short term top and a tradable correction back to test bids towards .6800.

Oil Under the Gun Again. On Monday morning, a barrel of Brent is
Euro Completely Recovered Its February Losses. On Monday, March 2nd, the major currency pair
How long to the parity for EURUSD?. EURUSD price is continuing to decrease. The last
Correctional Rebound in Oil Died DownGPBUSD: chance of a drop is still thereGold Stopped GrowingBrent oil price to drop down to $50Pound Handled the Brexit with DignityUSDCAD rises to 7-week high above 1.3200
Quotes / Fri 30 / July / 04:45pm

Bitcoin and Gold Prices Diverge Again, Extending 5-Month Correlation. Bitcoin is again feeling the pull of gravity
Markets roll back after last week decline, EURUSD tests the important resistance. Market focus Holidays in the U. S. and
What is crypto-currency in simple words?.   Crypto-currency is electronic virtual or digital money.
How to make money OUT of crypto-currency?How to earn bitcoin?What is bitcoin in simple words?How to buy a bitcoin?
Economic calendar / Friday 30 / July / 07:45pm