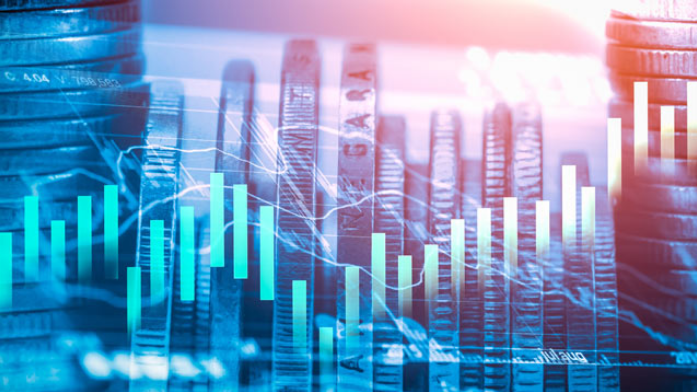 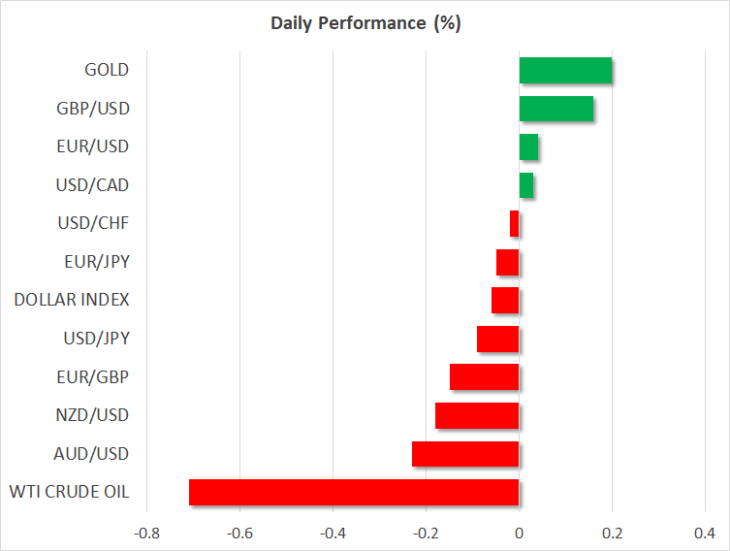 It was all about the US employment data on Friday, which easily beat forecasts. Nonfarm payrolls clocked in at 266k, much higher than the expected 180k, with last month’s print also revised up. The unemployment rate surprisingly ticked down to 3.5%, while average hourly earnings rose by 3.1% in annual terms, faster than the consensus for 3.0%. The icing on the cake was the U of M consumer sentiment index for December, which unexpectedly jumped to its highest since May, extinguishing concerns that a recession may be on the horizon.

The blockbuster numbers cemented expectations that the Fed will reaffirm its neutral stance at Wednesday’s policy meeting, propelling the dollar higher alongside Treasury yields and US stocks, as the Atlanta Fed revised its GDP growth estimate for Q4 higher. Specifically, the solid data argue for the Fed’s new ‘dot plot’ to signal no rate cuts in 2020, something that would be a bullish sign as markets are still fully pricing in one more cut by November 2020.

The ‘Joker’ was the Japanese yen, which strangely outperformed most of its FX peers – including the dollar – even despite the rally in stocks and the jump in yields, factors that are typically negative for haven assets. Perhaps market participants are still worried about the trade outlook and are hedging their bets by increasing exposure to the yen, terrified that the US President may fire another volley of tariffs against China on Sunday after all.

Loonie crashes as jobs data disappoint, despite support from oil

Staying in North America, it was a very different session for the Canadian dollar, which came crashing down after the local employment data fell significantly short of expectations. The nation lost 71.2k jobs in November, instead of adding 10k as expected, catapulting the unemployment rate up to 5.9% from 5.5% earlier.

The loonie plunged and the losses would have been even greater if oil prices hadn’t soared, providing the currency with some much-needed support. Crude surged after Saudi Arabia said it would – voluntarily – slash its production by another 400k, bringing the new OPEC supply cuts to a total of 2.1 million barrels per day, in a move likely aimed at boosting the valuation of Saudi Aramco ahead of its IPO.

As for the loonie, the picture seems clouded. Markets are still pricing in a mere ~27% chance for a Bank of Canada rate cut by March, which seems awfully low given the recent rhetoric from policymakers that they could slash rates as ‘insurance’ against a slowing global economy. It wouldn’t be much surprise to see Governor Poloz and his colleagues start discussing rate cuts again soon, though much will also depend on what happens in the trade talks.

Light calendar day ahead of a packed week

The economic calendar is very low key today, with the most exciting releases being the euro area’s Sentix investor index and Canada’s latest housing data.

That said, this may be the calm before the storm, as the rest of the week is jam-packed with crucial events. The Fed concludes its meeting on Wednesday, while the ECB wraps up its own gathering on Thursday. The Swiss National Bank will meet ahead of the ECB, while Britons will head to the polls to elect their new government. The results will start to roll in during the Asian trading session on Friday.

Last but not least, the Trump administration will decide whether to slap more tariffs on Chinese products. The move is scheduled for Sunday, but we will probably have a better sense of whether it will actually happen well before then.

Oil Under the Gun Again. On Monday morning, a barrel of Brent is
Euro Completely Recovered Its February Losses. On Monday, March 2nd, the major currency pair
How long to the parity for EURUSD?. EURUSD price is continuing to decrease. The last
Correctional Rebound in Oil Died DownGPBUSD: chance of a drop is still thereGold Stopped GrowingBrent oil price to drop down to $50Pound Handled the Brexit with DignityUSDCAD rises to 7-week high above 1.3200
Quotes / Mon 19 / April / 03:26am

Bitcoin and Gold Prices Diverge Again, Extending 5-Month Correlation. Bitcoin is again feeling the pull of gravity
Markets roll back after last week decline, EURUSD tests the important resistance. Market focus Holidays in the U. S. and
What is crypto-currency in simple words?.   Crypto-currency is electronic virtual or digital money.
How to make money OUT of crypto-currency?How to earn bitcoin?What is bitcoin in simple words?How to buy a bitcoin?
Economic calendar / Monday 19 / April / 06:26am