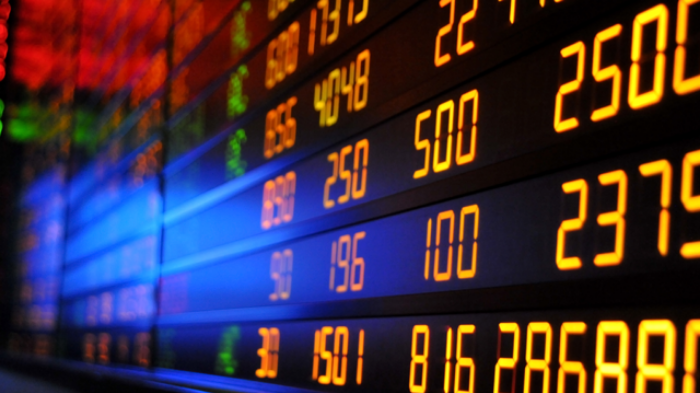 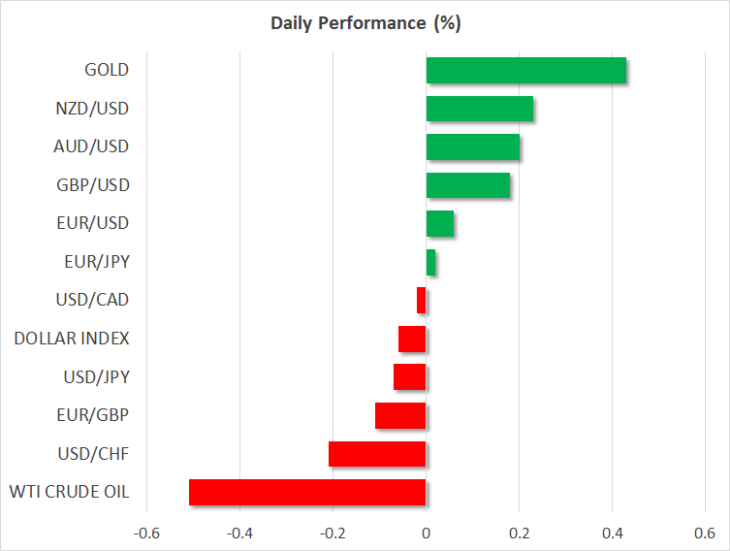 It was a relatively quiet session in the FX market, as things started to wind down for the holiday season and news flow was thin. The overarching theme was an increased appetite for risk, with the aussie gaining ground across the board, as defensive currencies such as the yen and the Swiss franc underperformed.

True to form, US stocks closed at new record highs, drawing strength from some encouraging economic data. Personal income figures for November came in much stronger than expected, quenching concerns about the American consumer’s spending power and therefore calming nerves about a future recession. The S&P 500 is now higher by 28.5% year-to-date while the Nasdaq 100 has gained a staggering 37.1%, as the monetary stimulus unleashed by the Fed and the ECB was enough to eclipse the horrors of the trade war and send asset prices soaring.

The dollar capitalized in this environment as well, with the solid data diminishing further the market implied odds for a Fed rate cut in the coming months. The chance for a cut by March is now almost zero, according to the Fed funds futures, though investors still assign a ~70% probability for such action by December 2020.

Today, the dollar will take its cue from the durable goods orders figures. The ISM manufacturing PMI for November showed new orders contracting at a quicker pace, which implies some downside risks for the headline durable goods rate relative to its forecast, even if this data set is extremely volatile from month to month. A potential disappointment may weigh on the dollar a little, but admittedly, it’s still difficult to be negative on the currency’s broader outlook – especially versus the growth-starved euro.

The Canadian currency tumbled on Friday, amid a double whammy of ‘bad news’. The nation’s retail sales fell substantially in October, missing expectations for a healthy increase, and amplifying concerns about the resilience of the domestic economy. At the same time, oil prices retreated, albeit after a six-day rally. Crude is Canada’s biggest export, so the loonie is quite sensitive to movements in energy markets.

The nation’s GDP data for October are coming up later today, though bearing in mind the huge disappointment in retail sales for the month, a similar fate may await the GDP numbers too.

Thin liquidity may be the dominant theme

In the broader market, it’s interesting to point out that some caution still lingers among investors. Last week saw stock markets climb in tandem with gold, even in the face of a stronger dollar, something that typically exerts downward pressure on bullion prices.

While part of that may be year-end flows and rebalancing by major funds, it could also be a sign that investors are hedging some of their risk exposure, nervous that next year may be just as turbulent as this one amid a fragile trade truce and US election uncertainty.

Finally, mind the volatility risk over the coming days. With many traders away from their desks, liquidity will likely be very thin, which means that sharp price moves can take place even without much news and that any piece of news can move markets more than usual. In particular, any late-night tweets from the White House may be especially impactful in an illiquid environment.

Oil Under the Gun Again. On Monday morning, a barrel of Brent is
Euro Completely Recovered Its February Losses. On Monday, March 2nd, the major currency pair
How long to the parity for EURUSD?. EURUSD price is continuing to decrease. The last
Correctional Rebound in Oil Died DownGPBUSD: chance of a drop is still thereGold Stopped GrowingBrent oil price to drop down to $50Pound Handled the Brexit with DignityUSDCAD rises to 7-week high above 1.3200
Quotes / Fri 26 / February / 01:26pm

Bitcoin and Gold Prices Diverge Again, Extending 5-Month Correlation. Bitcoin is again feeling the pull of gravity
Markets roll back after last week decline, EURUSD tests the important resistance. Market focus Holidays in the U. S. and
What is crypto-currency in simple words?.   Crypto-currency is electronic virtual or digital money.
How to make money OUT of crypto-currency?How to earn bitcoin?What is bitcoin in simple words?How to buy a bitcoin?
Economic calendar / Friday 26 / February / 04:26pm