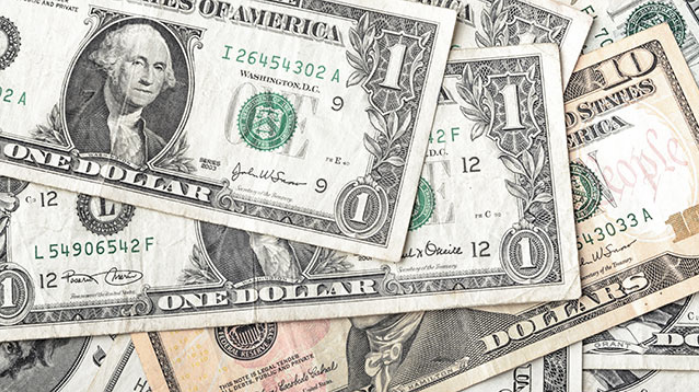 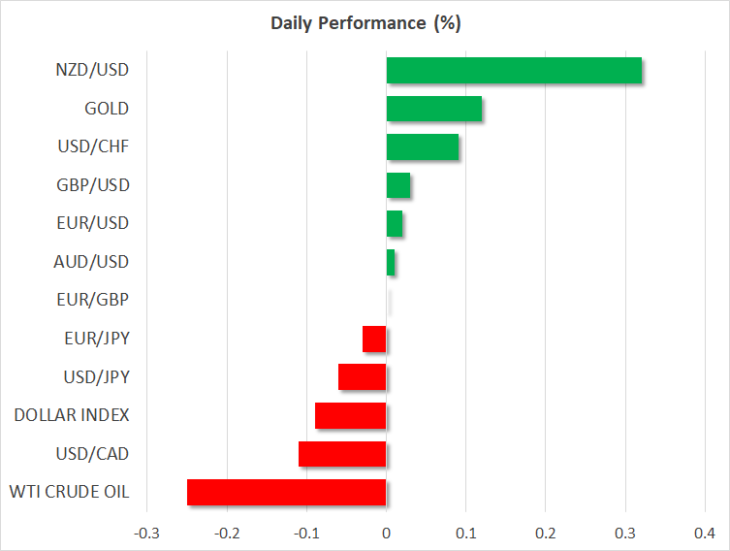 Global risk sentiment improved drastically on Wednesday, as a combination of optimistic trade remarks and diminishing fears of a US presidential impeachment saw investors rotate back into riskier assets. The market’s mood started to improve after the White House released the transcript of a call between Trump and Ukrainian President Zelensky, which was not exactly the ‘blazing gun’ that the Democrats were looking for.

It showed that while Trump did ask for an investigation into the dealings of his political rival, Joe Biden, he did not ‘strong-arm’ Zelensky into doing so. The US Justice Department concluded that Trump did not violate any campaign finance laws, which soothed investors. A few minutes later, Trump stated that a trade deal with China may happen “sooner than you think”, playing up hopes for a breakthrough at the October talks in Washington.

The dollar was by far the best performer in the FX arena, drawing strength from a surge in US bond yields as the improved trade outlook saw the odds of another Fed rate cut in October decline. Adding fuel to that move, were some remarks by Chicago Fed President Evans, who said that he does not foresee another cut this year. Since he is one of the biggest doves in the Fed, his ‘hawkish-sounding’ comments likely came as a surprise.

Overall, the outlook for the dollar remains positive ahead of the talks, which are currently expected on October 10-11, as both Washington and Beijing may continue to fuel hopes for progress. Indeed, this has been a consistent pattern before the last few rounds of negotiations, so both the greenback and equities may log some gains over the next couple of weeks. That said, the likelihood of even a ‘limited’ deal in October seems quite low, not least because China is unlikely to agree to anything unless the US rolls back all its tariffs. As such, markets may be left sorely disappointed in the end.

In Europe, a noteworthy story was that ECB Executive Board member Sabine Lautenschlager announced her resignation, effective October 31. She was among the most hawkish policymakers, and firmly opposed the stimulus package that the central bank delivered a few weeks ago. The implication for monetary policy is that the ECB board may become even more dovish, given that one of the ‘arch-hawks’ is leaving.

Today, we will hear from ECB President Draghi (13:30 GMT) and Vice President de Guindos. For the euro, the technical picture is particularly interesting, as euro/dollar is now either setting up for a dip to fresh multi-year lows, or for a triple bottom formation and a reversal higher.

Overnight, RBNZ Governor Orr gave the kiwi a boost, by playing down the possibility of Quantitative Easing (QE) in New Zealand. He also suggested that there’s a strong fiscal impulse already underway, which may be a hint that monetary policy does not need to be as aggressive. Hence, the odds of another rate cut in November dropped somewhat, though markets still view that as a coin flip.

Oil Under the Gun Again. On Monday morning, a barrel of Brent is
Euro Completely Recovered Its February Losses. On Monday, March 2nd, the major currency pair
How long to the parity for EURUSD?. EURUSD price is continuing to decrease. The last
Correctional Rebound in Oil Died DownGPBUSD: chance of a drop is still thereGold Stopped GrowingBrent oil price to drop down to $50Pound Handled the Brexit with DignityUSDCAD rises to 7-week high above 1.3200
Quotes / Mon 12 / April / 08:11pm

Bitcoin and Gold Prices Diverge Again, Extending 5-Month Correlation. Bitcoin is again feeling the pull of gravity
Markets roll back after last week decline, EURUSD tests the important resistance. Market focus Holidays in the U. S. and
What is crypto-currency in simple words?.   Crypto-currency is electronic virtual or digital money.
How to make money OUT of crypto-currency?How to earn bitcoin?What is bitcoin in simple words?How to buy a bitcoin?
Economic calendar / Monday 12 / April / 11:11pm