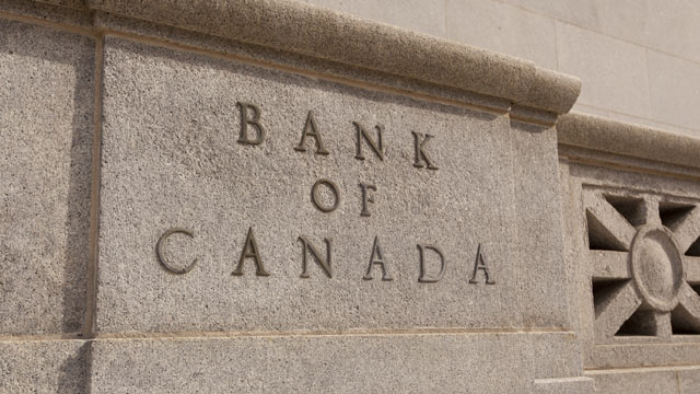 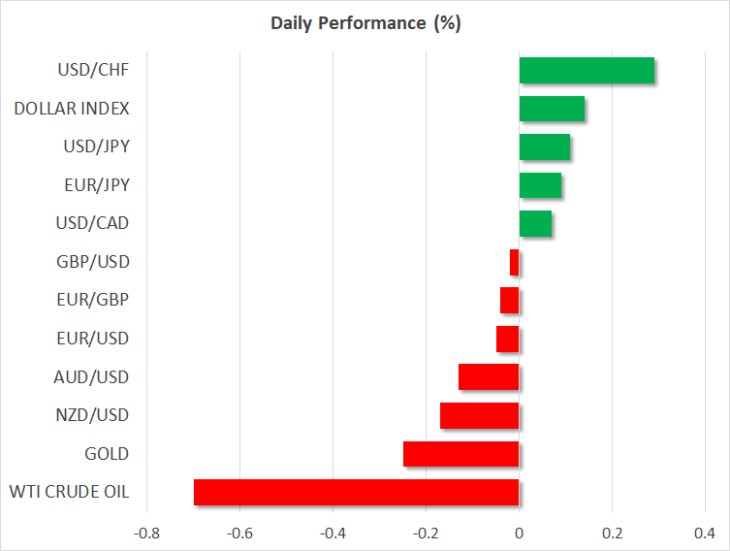 BoC meeting: Another asymmetric event for the loonie

The main event today will be the Bank of Canada (BoC) rate decision at 15:00 GMT. A press conference by Governor Poloz will follow about an hour later. Rates are almost certain to be kept unchanged, with market pricing assigning virtually no chance of a rate cut today, so all the action will come from the tone of the accompanying statement and Poloz’s remarks.

The Canadian economy is still in good shape overall, with inflation running near the 2% target, wages rising at a healthy clip, the housing market recording solid gains, and global headwinds diminishing. Alas, there have also been some signs of stress recently, with consumption losing steam, business investment moderating, and consumer confidence declining.

Yet, investors have maintained a firm view that this ‘soft spell’ won’t be enough to push the BoC towards cutting rates, or even towards adopting an easing bias. Markets currently assign a mere ~25% chance for a rate cut by June, which seems awfully low.

Therefore, this generates an asymmetric risk for the loonie. If the BoC maintains its neutral stance, which is the most likely outcome, any upside reaction in the currency may be relatively limited as that’s already priced in. On the contrary, should policymakers adopt a more dovish tone and signal they are watching the slowing data pulse closely, the loonie could fall substantially as investors reprice the path of monetary policy.

Markets bounce back as virus fears take back seat

Elsewhere, riskier assets and safe havens continued to ride the coronavirus rollercoaster. After initially rallying as contagion fears gripped markets, the defensive yen retreated somewhat, only to bounce back a few hours later after reports that there had been a confirmed case of the virus in the United States. Wall Street traded the opposite way, to ultimately close in the red.

That said, pessimism is a commodity in short supply nowadays, and concerns about a far-reaching pandemic seem to be fading already, judging by the losses in the yen today and the gains in Asian stock markets – even in China. Meanwhile, indices on Wall Street are set to open at fresh record highs.

Taking a step back, this doesn’t look like a theme that will keep markets on edge for very long. Investors seem content to fade these worries and unless the virus develops into a major epidemic, this is likely to be a mere setback in a much bigger ‘risk on’ trend, which is powered by an abundance of liquidity being pumped into the markets.

In Britain, a batch of encouraging employment data yesterday sent the implied probability of a Bank of England (BoE) rate cut next week back down to ~60%, from almost 70% earlier. The pound rallied in relief, albeit only modestly.

At this stage, it’s too close to call whether the BoE will actually cut next week, which puts even more emphasis on the PMIs for January that are due on Friday. They will likely be the casting vote of whether more stimulus is needed immediately. If they don’t show a convincing enough rebound to calm the BoE’s nerves, then the implied chance for a cut could shoot much higher, dragging the pound down.

Besides the BoC meeting today, we will also get the latest inflation data out of Canada.

Meanwhile, world leaders and central bankers will continue to speak at Davos, Switzerland. President Trump said yesterday that he’s serious about slapping tariffs on European cars, and it will be interesting to see if the new EU chief – Ursula von der Leyen – touches on this today at 10:30 GMT.

During the early Asian session on Thursday, the focus might shift to Australia’s jobs numbers for December.

Oil Under the Gun Again. On Monday morning, a barrel of Brent is
Euro Completely Recovered Its February Losses. On Monday, March 2nd, the major currency pair
How long to the parity for EURUSD?. EURUSD price is continuing to decrease. The last
Correctional Rebound in Oil Died DownGPBUSD: chance of a drop is still thereGold Stopped GrowingBrent oil price to drop down to $50Pound Handled the Brexit with DignityUSDCAD rises to 7-week high above 1.3200
Quotes / Fri 26 / February / 09:00pm

Bitcoin and Gold Prices Diverge Again, Extending 5-Month Correlation. Bitcoin is again feeling the pull of gravity
Markets roll back after last week decline, EURUSD tests the important resistance. Market focus Holidays in the U. S. and
What is crypto-currency in simple words?.   Crypto-currency is electronic virtual or digital money.
How to make money OUT of crypto-currency?How to earn bitcoin?What is bitcoin in simple words?How to buy a bitcoin?
Economic calendar / Saturday 27 / February / 12:00am