Euro hobbles around 4-week low vs dollar as traders look for end to U.S.-China trade war

The euro held steady against the U.S. dollar on Monday after matching a four-week low earlier as the greenback maintained its gains on optimism that the United States and China would roll back tariffs that have hurt global growth. 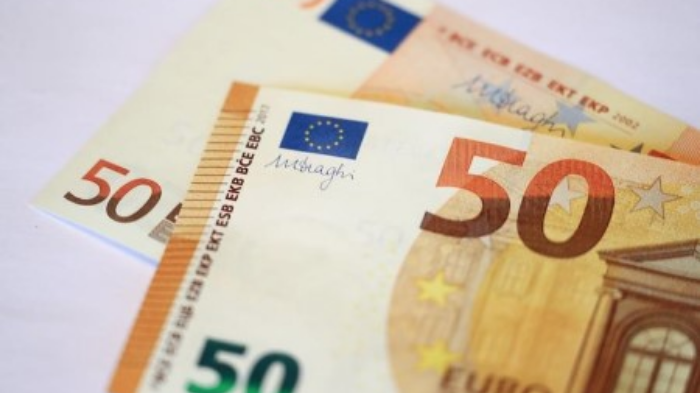 Officials from both countries said late last week that a rollback of some tit-for-tat tariffs had been agreed as part of a preliminary deal, that has still to be finalised, aimed at ending their trade war.

Even though that was subsequently denied by U.S. President Donald Trump on Friday, he did not completely rule out a deal and U.S. benchmark Treasuries held above a key support level at 1.9%, buoying the currency.

Moves were slight as traders kept a wary eye on further news on the U.S.-China trade war, and against the safe-haven Japanese yen the dollar fell as market participants reacted to the escalating political confrontations in Hong Kong.

“Nevertheless, market participants are likely to remain optimistic that the U.S. and China are moving closer to finalizing a partial trade deal by the end of this year,” Hardman said.

The index which tracks the dollar against six major currencies was neutral at 98.317, flirting with a four-week low.

The Chinese yuan weakened 0.3% to 7 per dollar in offshore trade CNH=EBS on fresh violence in Hong Kong, where police fired live rounds at protestors, with Cable TV and other media reporting at least one person being wounded.

Disappointing economic data also hurt sentiment toward the yuan, as China’s producer prices fell the most in more than three years in October, National Bureau of Statistics (NBS) data showed on Saturday, while the country’s consumer prices rose at their fastest pace in almost eight years.

Elsewhere, the British pound was up 0.1% at $1.2797 GBP=D3 despite the fact that Moody’s warned on Friday it might cut its rating on Britain’s sovereign debt again, saying that neither of the main political parties in next month’s election was likely to tackle high borrowing levels which Brexit had made even harder to fix.

Oil Under the Gun Again. On Monday morning, a barrel of Brent is
Euro Completely Recovered Its February Losses. On Monday, March 2nd, the major currency pair
How long to the parity for EURUSD?. EURUSD price is continuing to decrease. The last
Correctional Rebound in Oil Died DownGPBUSD: chance of a drop is still thereGold Stopped GrowingBrent oil price to drop down to $50Pound Handled the Brexit with DignityUSDCAD rises to 7-week high above 1.3200
Quotes / Sat 17 / April / 06:08am

Bitcoin and Gold Prices Diverge Again, Extending 5-Month Correlation. Bitcoin is again feeling the pull of gravity
Markets roll back after last week decline, EURUSD tests the important resistance. Market focus Holidays in the U. S. and
What is crypto-currency in simple words?.   Crypto-currency is electronic virtual or digital money.
How to make money OUT of crypto-currency?How to earn bitcoin?What is bitcoin in simple words?How to buy a bitcoin?
Economic calendar / Saturday 17 / April / 09:08am