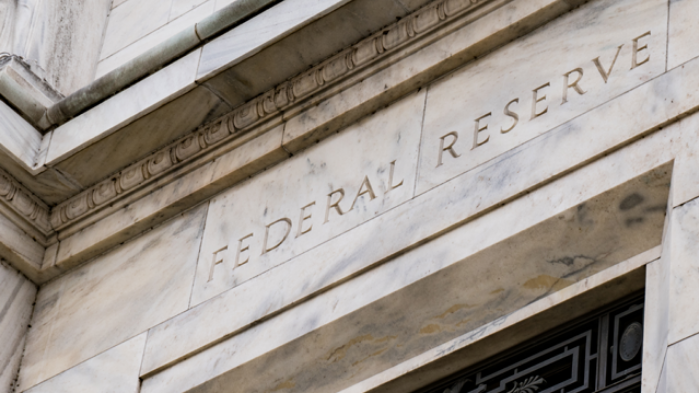 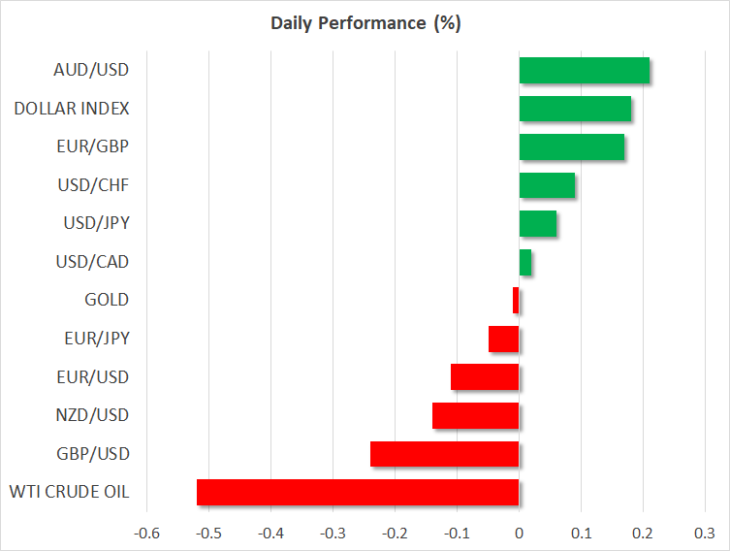 Fed on hold, all eyes on the new ‘dots’

The spotlight will fall on the Federal Reserve today, which will conclude its policy meeting at 19:00 GMT. After slashing rates at the last three meetings, policymakers are now expected to take the sidelines, something that investors wholeheartedly endorse – with market pricing assigning no chance for a rate cut today. Therefore, all the action will come from the updated ‘dot plot’ of interest rate projections for the coming years.

The question is basically whether the FOMC will pencil in another rate cut in 2020, or not. The answer is probably not. The US economy is still in a good place, the trade war truce is holding up for now at least, and since monetary policy works with a time lag the already-enacted rate cuts haven’t even boosted economic activity yet. At this stage therefore, there’s no obvious need for the Fed to signal more rate cuts.

The message from Fed speakers lately has also been along these lines, namely, that it would probably take a shock to the economy or a clear deterioration in the data for rates to be cut again. Markets are still pricing in one full rate cut by December 2020 according to the Fed funds futures, so if the dots truly indicate no cuts for next year, that could lift the dollar a little as some easing expectations are priced out.

US CPI inflation numbers for November will also be released today, but they may be overshadowed by the Fed decision.

The British pound is on the retreat early on Wednesday, after the model-based poll from Yougov overnight suggested that this election race may be much closer than many believe. The poll – the only one to accurately forecast the hung Parliament back in 2017 – showed the Tories still gaining a majority, but a much smaller one compared to just a couple of weeks ago. The pollster even said that a hung parliament outcome now cannot be ruled out, given the poll’s statistical margin of error.

A hung parliament would be the most catastrophic outcome for sterling as it would imply more deadlock – much like this year, but even worse because holding another election to break the new impasse would be out of the question. One could argue that it might lead to a pro-second-referendum coalition eventually, but it would take several weeks filled with uncertainty before we get there.

Judging by the relatively modest pullback in the pound, the market’s baseline scenario is still for a Tory victory, although confidence in that is evidently waning. As such, the risks surrounding sterling from the vote tomorrow still seem asymmetric. The expected Tory win could lift sterling, but perhaps only moderately, whereas a surprise hung parliament scenario would probably trigger a much sharper downside reaction in the currency.

The mild risk-off tone in markets did not last yesterday, with risky assets like stocks erasing early losses to close marginally in the green and safe havens like the yen ending lower, following a report that Chinese negotiators expect the US to delay its tariffs.

Alas, this is all speculation for now, and the final decision rests on the unpredictable US President. The most likely outcome is that he will postpone – not cancel – those tariffs even if a deal isn’t ‘oven-ready’ by Saturday.

He probably wants this ‘skinny’ deal to happen badly, so he can score a victory before he hits the campaign trail. Likewise, the last thing he needs is to hit the US consumer hard and risk weakening the economy with an election on the horizon. A decision to postpone the tariffs could lift market sentiment, but perhaps only mildly, as it wouldn’t be any surprise.

Oil Under the Gun Again. On Monday morning, a barrel of Brent is
Euro Completely Recovered Its February Losses. On Monday, March 2nd, the major currency pair
How long to the parity for EURUSD?. EURUSD price is continuing to decrease. The last
Correctional Rebound in Oil Died DownGPBUSD: chance of a drop is still thereGold Stopped GrowingBrent oil price to drop down to $50Pound Handled the Brexit with DignityUSDCAD rises to 7-week high above 1.3200
Quotes / Mon 19 / April / 03:40am

Bitcoin and Gold Prices Diverge Again, Extending 5-Month Correlation. Bitcoin is again feeling the pull of gravity
Markets roll back after last week decline, EURUSD tests the important resistance. Market focus Holidays in the U. S. and
What is crypto-currency in simple words?.   Crypto-currency is electronic virtual or digital money.
How to make money OUT of crypto-currency?How to earn bitcoin?What is bitcoin in simple words?How to buy a bitcoin?
Economic calendar / Monday 19 / April / 06:40am