A number of different securities opinion-makers, from Barron’s to CCN’s own Ben Brown, have opined that the Federal Reserve rate cut will ignite a bitcoin rally. The truth is that, like everything else having to do with bitcoin, any movement in its price will be based entirely on speculation. That’s why it will always be volatile. As much as bitcoin enthusiasts want to connect bitcoin price moves to monetary policy, fiscal policy, corporate earnings, debt to GDP ratios, and whether or not aliens have ever visited Earth, the fact is that the only thing that contributes to bitcoin price movement is speculation. Let’s attack the interest rate argument first. 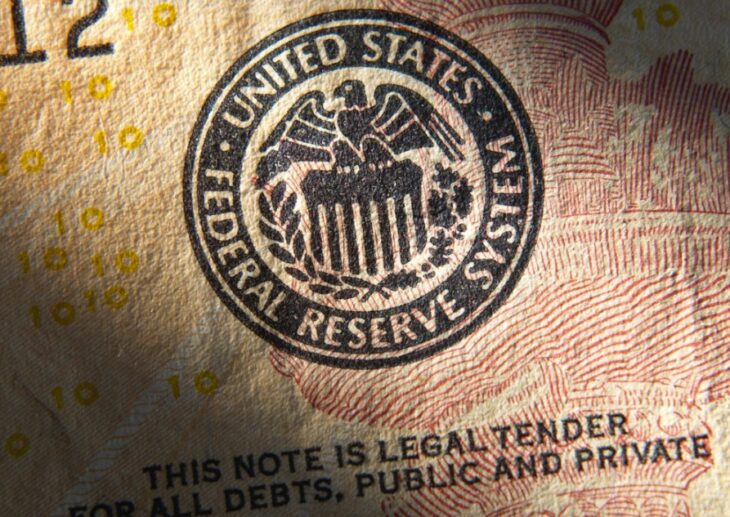 When the Federal Reserve lowers interest rates, it makes it cheaper for corporations and consumers to produce and purchase goods and services. That’s because the Federal Reserve lowers the rate at which it lends money to banks. Banks then lower rates to their customers. Lower interest rates thus stimulate the economy because money is cheaper to obtain and deploy. We would therefore expect to see an increase in economic activity and gross domestic product.  There are more jobs and higher consumption.

This can create inflation, wherein a dollar buys less and less over time. That right there might be an argument for cryptocurrency as a store of value, except bitcoin is not a store of value, no matter what anyone says. Yet more to the point, as inflation creeps up, the Federal Reserve raises interest rates to combat it. This is why inflation tends to remain in a fairly narrow range. Yet bitcoin is not related to any of these things. Why would cheaper available money stimulate any corporation or person to buy bitcoin? There is no logical correlation.

People think that when the Fed lowers interest rates, it “prints more money”. That’s not true. More cash is not physically printed. What actually happens is the Fed increases the amount of credit added to bank deposits. The Fed requires banks to keep a given percentage of their deposits at their local Federal Reserve branch each night. Those banks that have more than necessary will lend it to banks that don’t have enough, and charge the fed funds rate. So when the Fed drops the target rate (or cuts rates), it is thus cheaper for banks to maintain their reserves, giving them more money to lend.

Oil Under the Gun Again. On Monday morning, a barrel of Brent is
Euro Completely Recovered Its February Losses. On Monday, March 2nd, the major currency pair
How long to the parity for EURUSD?. EURUSD price is continuing to decrease. The last
Correctional Rebound in Oil Died DownGPBUSD: chance of a drop is still thereGold Stopped GrowingBrent oil price to drop down to $50Pound Handled the Brexit with DignityUSDCAD rises to 7-week high above 1.3200
Quotes / Sat 17 / April / 06:07am

Bitcoin and Gold Prices Diverge Again, Extending 5-Month Correlation. Bitcoin is again feeling the pull of gravity
Markets roll back after last week decline, EURUSD tests the important resistance. Market focus Holidays in the U. S. and
What is crypto-currency in simple words?.   Crypto-currency is electronic virtual or digital money.
How to make money OUT of crypto-currency?How to earn bitcoin?What is bitcoin in simple words?How to buy a bitcoin?
Economic calendar / Saturday 17 / April / 09:07am