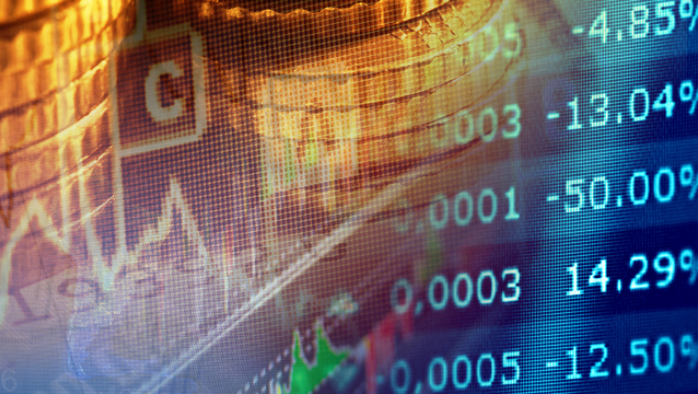 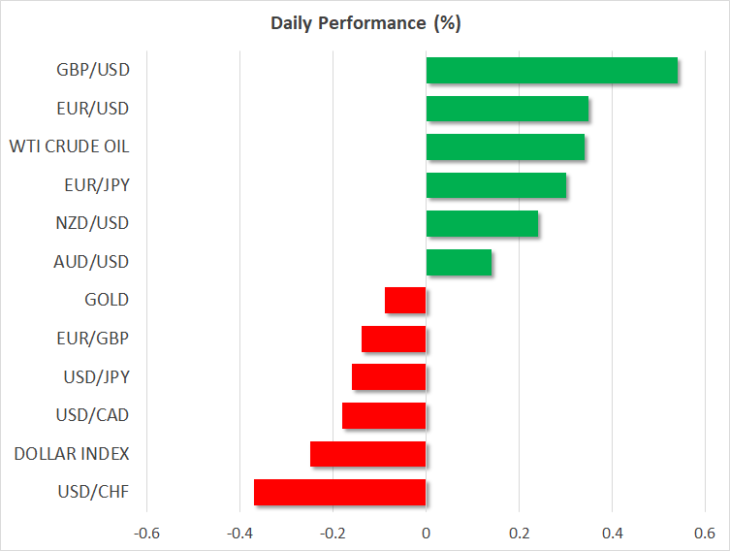 Financial markets remain in a holiday mood, with moves in the FX spectrum being somewhat limited in magnitude in an environment of thin liquidity and without any noteworthy news to drive the price action. The underlying theme is still an increased appetite for riskier assets, with US stock indices closing at fresh records once again on Thursday, propelled higher by Amazon (+4.45%) after news that the e-commerce colossus had a record-breaking holiday season.

The benchmark S&P 500 rose by 0.5%, bringing its year-to-date performance to an overwhelming 29.2%, with the rally being largely ‘subsidized’ by the monetary stimulus that the major central banks injected into the system this year.

In line with the positive mood, oil prices jumped to a three-month high after the latest batch of API crude inventory data showed a bigger-than-expected drawdown, allaying concerns about a flood of supply in the US. The official EIA figures will be released today and any surprise could impact prices, especially in scarce liquidity conditions.

In currencies, it was all about the dollar, which is on the retreat today. With news being almost non-existent, the move seems owed mainly to year-end rebalancing, perhaps as foreign investors liquidate some of their US asset holdings to close out a strong year.

All I want for Christmas is some gold

What stood out though, was gold, which continued its relentless march higher even against the ‘risk on’ tide. The healthy gains in the yellow metal are a good indication that market participants still retain some caution, faced with the risk that Brexit, trade and recession worries could reignite next year as US election uncertainty sets in.

Of course, the immense monetary stimulus by the likes of the Fed, ECB, and BoJ is also playing a role. Ever-lower borrowing costs make gold – which offers no yield to hold – more attractive compared to other interest-bearing defensive assets, like bonds.

Seasonal factors could also be at play. Gold has gained in every January since 2014, something commonly attributed to heightened demand for bullion in nations like China ahead of the Lunar New Year. Traders may be frontloading this pattern this time around.

In the broader FX market, the most notable movers were the commodity-linked currencies. The aussie and the kiwi capitalized on the broader ‘risk on’ atmosphere, with both climbing to 5-month highs against their bleeding US counterpart, recovering a good chunk of their trade-related losses from the summer. The energy-sensitive Canadian dollar drew support from the gains in oil prices as well.

Meanwhile, the British pound also found some love by investors, despite a warning by the new EU Commission President that the UK’s transition period will probably need to be extended to avoid a no-deal Brexit – something Boris Johnson has repeatedly vowed not to do.

As for today, the economic calendar is empty yet again.

Oil Under the Gun Again. On Monday morning, a barrel of Brent is
Euro Completely Recovered Its February Losses. On Monday, March 2nd, the major currency pair
How long to the parity for EURUSD?. EURUSD price is continuing to decrease. The last
Correctional Rebound in Oil Died DownGPBUSD: chance of a drop is still thereGold Stopped GrowingBrent oil price to drop down to $50Pound Handled the Brexit with DignityUSDCAD rises to 7-week high above 1.3200
Quotes / Mon 19 / April / 03:03am

Bitcoin and Gold Prices Diverge Again, Extending 5-Month Correlation. Bitcoin is again feeling the pull of gravity
Markets roll back after last week decline, EURUSD tests the important resistance. Market focus Holidays in the U. S. and
What is crypto-currency in simple words?.   Crypto-currency is electronic virtual or digital money.
How to make money OUT of crypto-currency?How to earn bitcoin?What is bitcoin in simple words?How to buy a bitcoin?
Economic calendar / Monday 19 / April / 06:03am