Prices of the safe-haven Gold climbed on Tuesday in Asia despite gains in Asian stocks. 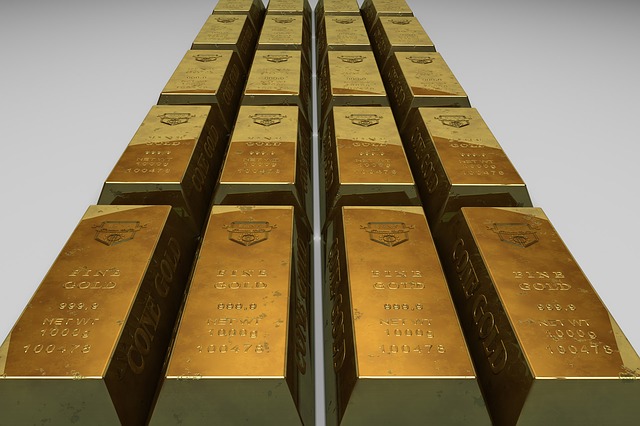 The safe-haven snapped an eight-day gain in the previous session following U.S. President Donald Trump’s decision not to go ahead with escalating taxes on Mexican imports.

Expectations of interest rates cut by the U.S. Federal Reserve were also cited as a tailwind for the yellow metal.

The U.S. central bank is due to issue its next policy statement on June 19 after its monthly meeting.

Fed Chairman Jerome Powell assured markets last week the central bank will do whatever it takes to shield the U.S. economy from recession owing to trade wars and also preserve nearly a decade of record growth.

Oil Under the Gun Again. On Monday morning, a barrel of Brent is
Euro Completely Recovered Its February Losses. On Monday, March 2nd, the major currency pair
How long to the parity for EURUSD?. EURUSD price is continuing to decrease. The last
Correctional Rebound in Oil Died DownGPBUSD: chance of a drop is still thereGold Stopped GrowingBrent oil price to drop down to $50Pound Handled the Brexit with DignityUSDCAD rises to 7-week high above 1.3200
Quotes / Fri 26 / February / 09:21pm

Bitcoin and Gold Prices Diverge Again, Extending 5-Month Correlation. Bitcoin is again feeling the pull of gravity
Markets roll back after last week decline, EURUSD tests the important resistance. Market focus Holidays in the U. S. and
What is crypto-currency in simple words?.   Crypto-currency is electronic virtual or digital money.
How to make money OUT of crypto-currency?How to earn bitcoin?What is bitcoin in simple words?How to buy a bitcoin?
Economic calendar / Saturday 27 / February / 12:21am