Markets calm but choppy amid mixed signals on trade talks 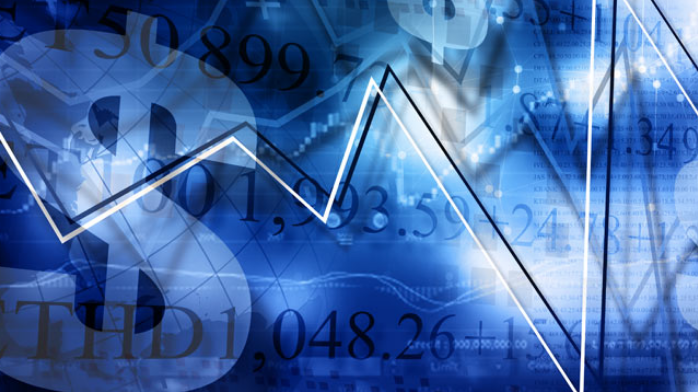 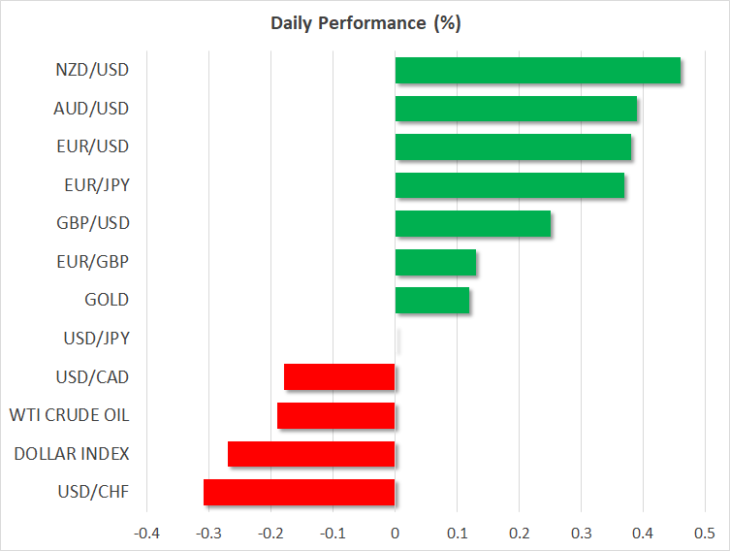 There’s no escaping the US-China trade war saga not even for a single day this week as the headlines keep rolling in amid conflicting signs of where the discussions are headed. Chinese Vice Premier Liu He is due to meet his US counterparts later today for the first time since July and some traders are still holding out for some kind of an agreement such as a partial trade deal.

The talks, which commenced on Monday on a deputy-level, have been taking place against a negative backdrop after the United States decided to impose visa restrictions and add more Chinese agencies and companies to its Entity List.

Stocks have been on a rollercoaster ride all week and the latest blow came yesterday from a South China Morning Post report saying that no progress has been made in the deputy-level talks and Vice Premier He is planning to leave Washington a day early.

However, the White House later said it had no knowledge of He’s early planned departure and two other reports from Bloomberg and the New York Times helped sentiment to rebound. The NYT reported that President Trump approved last week to allow some US companies to sell non-sensitive goods to Chinese telecom giant, Huawei, which is facing tough US restrictions.

In another encouraging sign, Bloomberg reported that the US could be willing to sign a currency pact with China and suspend the planned 5% tariff hike on some Chinese imports on October 15.

The yen quickly gave up its gains made on the SCMP news as the mood turned somewhat more positive after the Bloomberg and NYT reports. The Japanese currency was last trading at 107.38 to the US dollar and was broadly weaker against other majors. However, gold ticked higher as it attempted to post a third day of gains amid the trade and Brexit uncertainties, as well as tensions in the Middle East.

Turkey launched a military offensive in northern Syria, against the advice of its Western allies, sending the Turkish lira down to 4-month lows. But there was a muted reaction in oil markets, with WTI and Brent crude slipping today as oversupply worries were amplified from yesterday’s bigger-than-expected build in US crude oil inventories.

A rebound in the euro and pound pushed the dollar index lower on Thursday, with yesterday’s Fed minutes doing little to support the greenback as Powell’s dovish remarks from a day earlier superseded the three-week old meeting minutes.

The European Central Bank will be next to publish its minutes (due at 11:30 GMT) and they’re likely to reveal the full scale of the disagreements within the Governing Council about the decision at the last meeting to restart QE and cut rates deeper into negative territory.

The euro jumped above $1.10 this morning after the Financial Times reported that Draghi and other Governing Council members acted against the advice of the ECB’s monetary policy committee. Should the minutes confirm the strong divisions, the euro could extend its rally if investors pare back their expectations of further easing by the ECB.

Pound up but few hopes of backstop breakthrough

Sterling was also firmer on Thursday, increasing its distance above the $1.22 level. However, with little chance of the deadlock over the Northern Irish backstop ending soon, the gains are more likely to be technically driven and the pound is headed for stormy waters ahead of next week’s crucial summit when Prime Minister Boris Johnson will desperately try to seal a deal with EU leaders so as to avoid having to seek another Brexit extension.

Johnson will be meeting his Irish counterpart later today to find some common ground over alternatives to the Irish backstop and prevent the talks from collapsing. But the odds are low that the two sides will be able to make any progress.

Oil Under the Gun Again. On Monday morning, a barrel of Brent is
Euro Completely Recovered Its February Losses. On Monday, March 2nd, the major currency pair
How long to the parity for EURUSD?. EURUSD price is continuing to decrease. The last
Correctional Rebound in Oil Died DownGPBUSD: chance of a drop is still thereGold Stopped GrowingBrent oil price to drop down to $50Pound Handled the Brexit with DignityUSDCAD rises to 7-week high above 1.3200
Quotes / Sun 18 / April / 05:39pm

Bitcoin and Gold Prices Diverge Again, Extending 5-Month Correlation. Bitcoin is again feeling the pull of gravity
Markets roll back after last week decline, EURUSD tests the important resistance. Market focus Holidays in the U. S. and
What is crypto-currency in simple words?.   Crypto-currency is electronic virtual or digital money.
How to make money OUT of crypto-currency?How to earn bitcoin?What is bitcoin in simple words?How to buy a bitcoin?
Economic calendar / Sunday 18 / April / 08:39pm