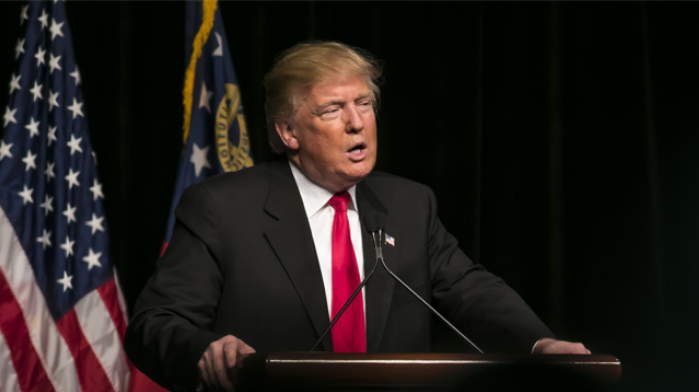 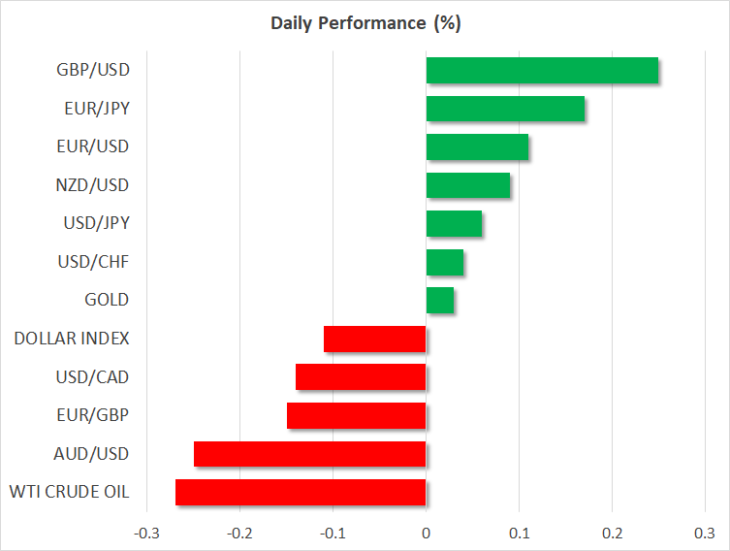 US stock markets snapped a three-day losing spell on Wednesday, with the S&P 500 gaining 0.63% on the back of a report claiming that American and Chinese negotiators are “moving closer” to agreeing the amount of tariffs that would be rolled back in a ‘phase one’ accord. The encouraging news likely blindsided investors as it stood in sharp contrast to the fiery rhetoric as of late – recall President Trump cranking up the pressure by saying he could wait until after the 2020 election to make a deal.

All told, the message for the market was that a preliminary deal hasn’t been derailed at all, but rather that Trump was – once again – just posturing in order to maximize his negotiating leverage and extract more concessions from Beijing. That took the wind out of the sails of defensive currencies such as the yen and Swiss franc, but catapulted the likes of the kiwi dollar higher alongside crude oil.

Looking ahead, the focus remains on whether the White House will ultimately follow through with the December 15 tariffs, or whether they’ll be voided – or at least postponed – to keep the deal alive. Clearly, both sides want to strike that deal. Trump needs a ‘victory’ against China to tout before he hits the campaign trail in earnest, while Beijing needs some economic relief, as stimulating an already-overleveraged economy is a giant gamble.

That said, we aren’t there yet and “moving closer” to a deal is a hollow phrase in the world of trade negotiations, where ‘nothing is agreed until everything is agreed’. Sticking points remain, and in this sense it wouldn’t be surprising to see more brinkmanship and tariff threats in the coming days as each side tries to give away as little as possible – implying that risk sentiment could remain shaky and swing wildly.

Cable sails past 1.3100 as bears go into hibernation

The British pound outperformed yesterday as incoming election polls showed the Conservatives consolidating their sizeable lead over Labour, amplifying hopes for a majority government that moves Brexit forward and supercharging Cable pulls. The pair broke above $1.3000 – which was the upper bound of its recent trading range – and is now hovering around $1.3130.

Mind the risks though, because the market seems to be getting overly confident about a Tory majority. In other words, this is still a most unpredictable election, and if investors run ahead of themselves in pricing in a Tory majority but the result is ultimately a hung Parliament, then the crash back down in sterling could be ferocious.

In the bigger picture, even if the pound rallies further on a Conservative victory next week, it’s questionable how long any rally can be sustained (see our UK election preview).

The Canadian dollar was the second-best performer yesterday, after the nation’s central bank kept rates unchanged and downplayed the prospect of a near-term rate cut. The tone of the accompanying statement was less dovish overall, with policymakers noting that the outlook for the global economy has improved. The loonie also capitalized on higher oil prices.

Today, energy markets and the loonie will turn their gaze to the OPEC+ meeting in Vienna. Amid conflicting signals lately, markets seem split about whether the cartel will deepen its production cuts to stabilize prices, as it would risk losing more market share to US shale producers.

Elsewhere, the dollar was mixed yesterday. The ADP employment report was very soft, pushing the reserve currency lower. The ISM non-manufacturing PMI disappointed too, but the details offered a glimmer of hope for the coming months, with new orders and employment rising. Focus remains on tomorrow’s all-important employment report, where the risks surrounding the dollar appear asymmetric. 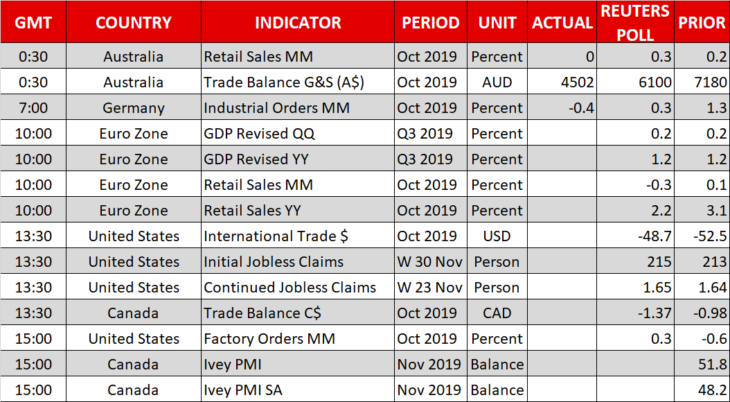 Oil Under the Gun Again. On Monday morning, a barrel of Brent is
Euro Completely Recovered Its February Losses. On Monday, March 2nd, the major currency pair
How long to the parity for EURUSD?. EURUSD price is continuing to decrease. The last
Correctional Rebound in Oil Died DownGPBUSD: chance of a drop is still thereGold Stopped GrowingBrent oil price to drop down to $50Pound Handled the Brexit with DignityUSDCAD rises to 7-week high above 1.3200
Quotes / Mon 19 / April / 03:08am

Bitcoin and Gold Prices Diverge Again, Extending 5-Month Correlation. Bitcoin is again feeling the pull of gravity
Markets roll back after last week decline, EURUSD tests the important resistance. Market focus Holidays in the U. S. and
What is crypto-currency in simple words?.   Crypto-currency is electronic virtual or digital money.
How to make money OUT of crypto-currency?How to earn bitcoin?What is bitcoin in simple words?How to buy a bitcoin?
Economic calendar / Monday 19 / April / 06:08am