Financial markets continue to grow. By the end of last week, the currency market joined to stock market optimism, becoming more and more involved in the sentiment in favour of the demand for yielding assets. U.S. markets closed Friday with a 0.8% jump, decisively renewing historical highs. Dow Jones closed above 28,000 and maintained positive momentum at the start of trading on Monday, according to futures.

The sentiment on the Asian markets received additional support on Monday after the repo rates cut in China, for the first time since 2015. This decision is designed to become a new measure in the attempt of the Chinese authorities to spur the slowing economic growth. The need for new ways to support the Chinese economy increased after last week with the release of weak industrial production and retail data. September data showed a continuing downward trajectory, despite previous support measures in the face of ongoing trade disputes with the United States. 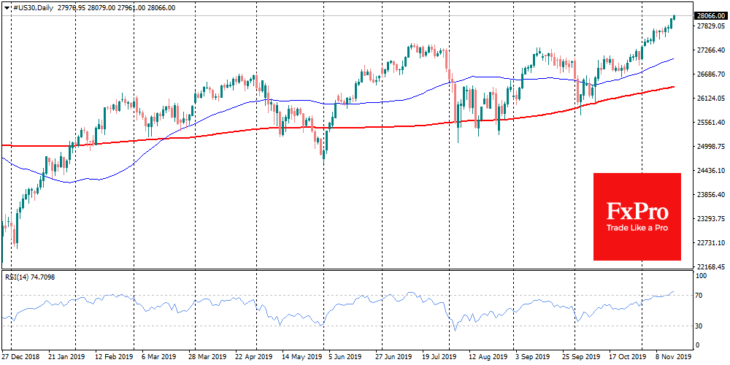 The latter, in turn, in addition to the three consecutive cuts in interest rates, are also supporting farmers, as agriculture has been most affected by Chinese restrictions on imports from the United States.

President Trump announced his intention to give out a second portion of the $16bn cash package announced in May by the end of this week. The Fed’s rate cuts have a lasting economic effect, which may last for 3-9 months, so their full impact has yet to be seen next year. The same can be said about the Chinese rate cuts. However, cash disbursement may cause a jump in expenses already in the New Year’s Eve weeks. Besides, markets are growing after a new portion of comments on the “constructive negotiations”, which took place at a high level on Saturday. 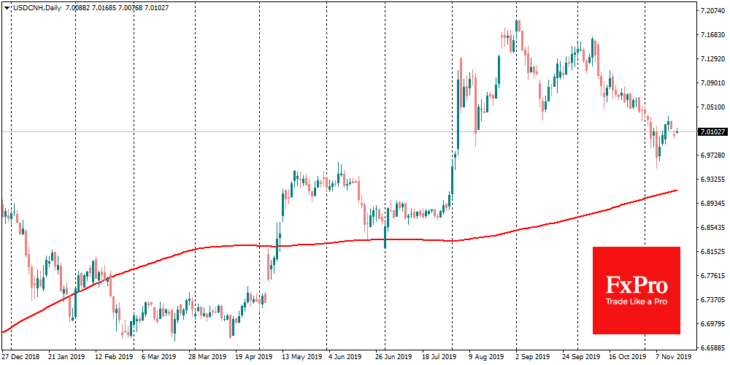 In the currency market, the Chinese yuan is still unable to steadily back below 7.0 per dollar, despite the positive momentum of stock indices. However, other currencies-indicators of demand for risks indicate interest in risky assets. The dollar index is declining for the third trading session in a row, the Japanese yen and the Swiss franc turned down on Friday, reflecting the increased demand for higher-yielding currencies.

The ability of the markets to grow only on the background of news about new stimulus or easing of monetary conditions causes some concern. Markets are growing, but this is mostly possible as governments are “tightening the strings” of economic support. And this tension has its limits. It has not been reached yet, so there is still room for a positive mood in the markets, which can stretch for the next few days. 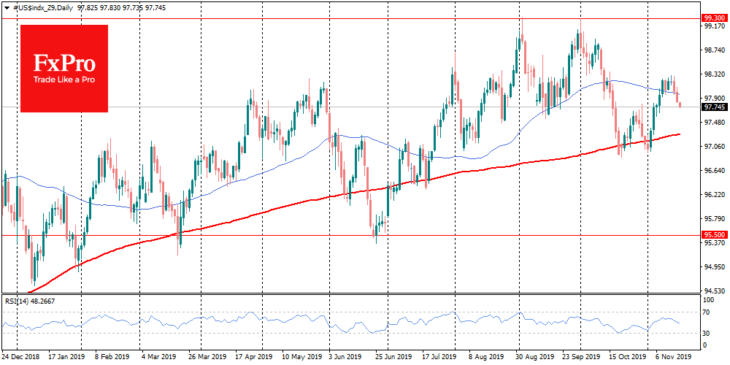 Oil Under the Gun Again. On Monday morning, a barrel of Brent is
Euro Completely Recovered Its February Losses. On Monday, March 2nd, the major currency pair
How long to the parity for EURUSD?. EURUSD price is continuing to decrease. The last
Correctional Rebound in Oil Died DownGPBUSD: chance of a drop is still thereGold Stopped GrowingBrent oil price to drop down to $50Pound Handled the Brexit with DignityUSDCAD rises to 7-week high above 1.3200
Quotes / Sat 17 / April / 04:32am

Bitcoin and Gold Prices Diverge Again, Extending 5-Month Correlation. Bitcoin is again feeling the pull of gravity
Markets roll back after last week decline, EURUSD tests the important resistance. Market focus Holidays in the U. S. and
What is crypto-currency in simple words?.   Crypto-currency is electronic virtual or digital money.
How to make money OUT of crypto-currency?How to earn bitcoin?What is bitcoin in simple words?How to buy a bitcoin?
Economic calendar / Saturday 17 / April / 07:32am