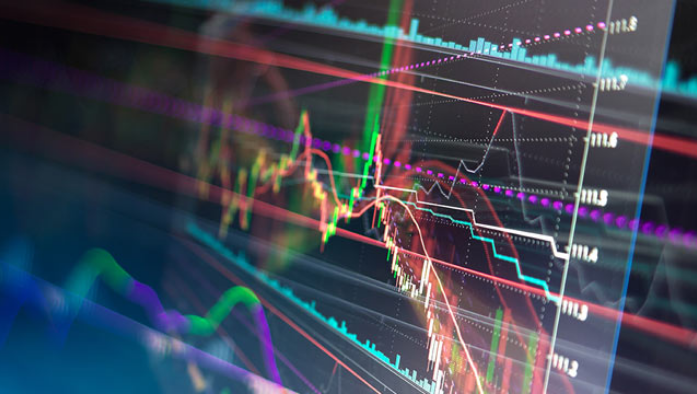 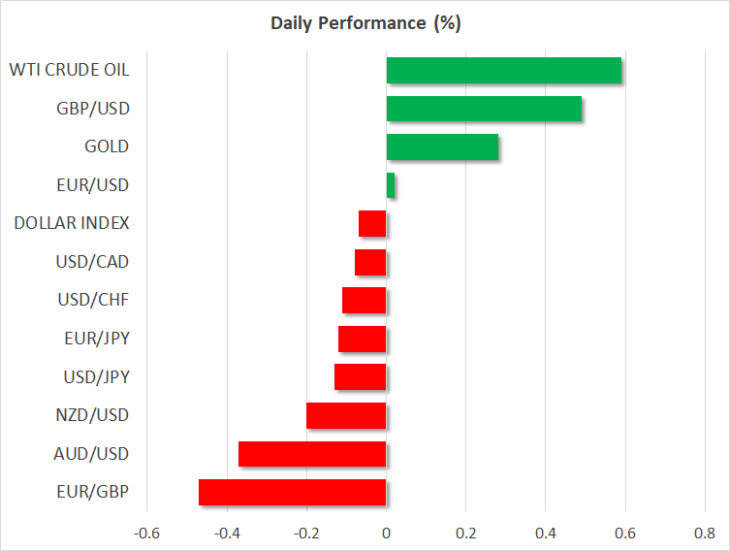 Risk sentiment was dealt another blow on Tuesday after US President Donald Trump killed off hopes of an early resolution to the long-running trade dispute with China. Speaking at the NATO summit in London, Trump told reporters he has “no deadline” to reaching a preliminary trade pact with China, hinting that he might wait until after the 2020 presidential election before singing a deal.

Comments by the US Commerce Secretary Wilbur Ross further raised the risks of another escalation in the trade war. Ross told CNBC on Tuesday that there are no high-level talks planned between the two sides and confirmed that the next wave of US tariffs on China will go ahead on December 15 unless there is significant progress in the negotiations.

Adding to the tensions was the passage of a bill in the House of Representatives proposing tougher sanctions on Chinese government officials in response to China’s treatment of Muslim minorities. The legislation still has to be passed by the Senate but has already drawn strong criticism from China.

The negative developments deepened the sell-off in risk assets, which began late on Monday, signalling a dramatic reversal of market sentiment. Only last week risk appetite was riding high on the back of optimism that a ‘phase one’ trade deal between the US and China was close.

But the dwindling chances of a trade deal have knocked equities off their recent highs, with shares on Wall Street falling sharply for a second straight day. Asian stocks also extended their losses today but equity futures for Europe and the US point to some easing of the sell-off.

In currency markets, the US dollar slipped to near two-week lows of 108.41 versus the yen and a one-month low of 0.9852 against the Swiss franc. But the greenback was undermined across the board as Treasury yields slid. The dollar index hit a one-month low as the rush to safe havens pulled the 10-year yield on Treasury notes to similar lows.

The fall in government bond yields boosted the traditional safe-haven gold, with the precious metal surging to a one-month top of $1484/ounce.

The euro was slightly firmer just above $1.1080, getting a lift from upward revisions to the final readings Eurozone PMIs for November. Sterling outperformed, ralling to a 7-month high of $1.3044, as investors grew more confident that the Conservatives are on course to win a majority at the general election just over a week from now.

The antipodean currencies were some of the worst performers with the Australian dollar dropping by 0.4% and the New Zealand dollar by 0.2%. The aussie was pressured additionally by softer-than-expected Q3 GDP numbers out of Australia this morning.

Can US ISM PMI add some cheer?

The market focus will turn to US data later in the day as the ISM non-manufacturing is due at 15:00 GMT. After the disappointing manufacturing print on Monday, investors will be hoping that the non-manufacturing composite will paint a more positive picture of the US economy. Ahead of the ISM data, the ADP employment report for November will be watched for clues to the official jobs report coming up on Friday.

Meanwhile, traders will be seeking to get some clarity from the Bank of Canada when it announces it policy decision at 15:00 GMT. The BoC is expected to keep rates steady but mixed signals on the likelihood of rate cuts have confused the markets. A clearer policy message could help the loonie break out of its recent tight range around C$1.3285. 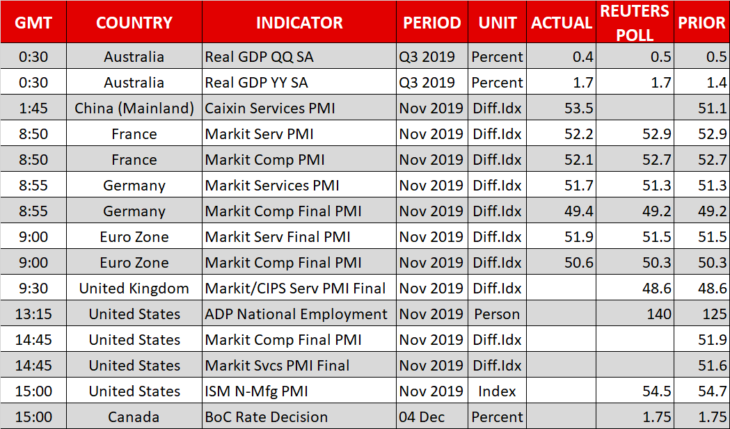 Oil Under the Gun Again. On Monday morning, a barrel of Brent is
Euro Completely Recovered Its February Losses. On Monday, March 2nd, the major currency pair
How long to the parity for EURUSD?. EURUSD price is continuing to decrease. The last
Correctional Rebound in Oil Died DownGPBUSD: chance of a drop is still thereGold Stopped GrowingBrent oil price to drop down to $50Pound Handled the Brexit with DignityUSDCAD rises to 7-week high above 1.3200
Quotes / Mon 19 / April / 02:22am

Bitcoin and Gold Prices Diverge Again, Extending 5-Month Correlation. Bitcoin is again feeling the pull of gravity
Markets roll back after last week decline, EURUSD tests the important resistance. Market focus Holidays in the U. S. and
What is crypto-currency in simple words?.   Crypto-currency is electronic virtual or digital money.
How to make money OUT of crypto-currency?How to earn bitcoin?What is bitcoin in simple words?How to buy a bitcoin?
Economic calendar / Monday 19 / April / 05:22am