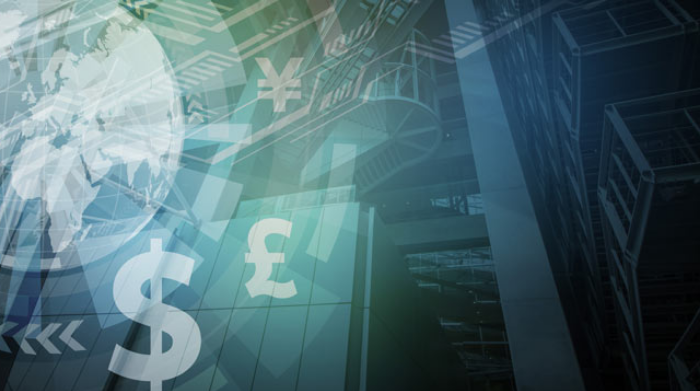 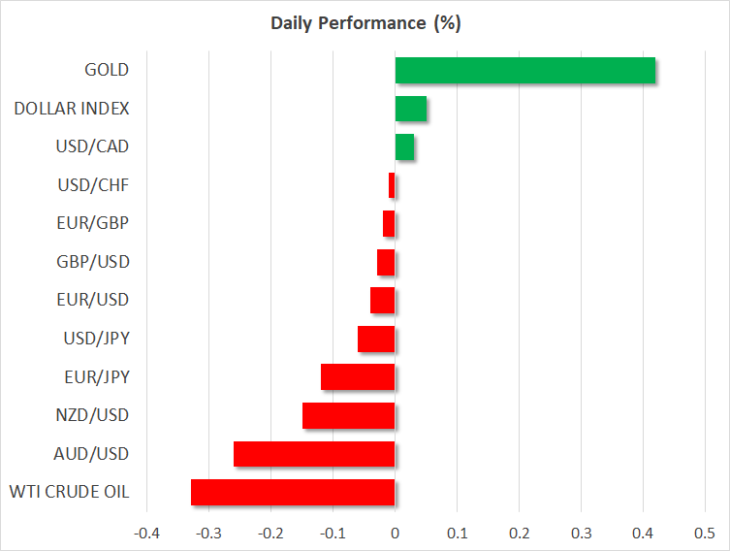 The highly anticipated signing of the ‘phase one’ trade pact between the United States and China will take centre stage later today but with the deal already fully priced in by investors, the event is unlikely to generate any reaction in the markets. President Trump and Chinese Vice Premier Liu He are expected to sign the deal at 16:30 GMT at a ceremony in the White House.

Much of the attention will be on the details of the agreement once they are made public later in the day. However, Treasury Secretary Mnuchin has already dashed hopes that crossing the threshold of ‘phase one’ would lead to further tariff relief in the interim until a ‘phase two’ agreement is reached. Speaking to reporters on Tuesday, Mnuchin indicated Trump would only consider further tariff reductions as part of a ‘phase two’ deal.

This means existing tariffs are likely to stay in place at least until the US presidential election in November and a Bloomberg report appeared to confirm this. In another reminder to investors of the long and difficult road ahead for the resolution to the US-China trade war was a Reuters report that the US wants to block the sale of foreign-made goods to Chinese telecoms giant, Huawei.

Stocks falter, but only slightly

US stocks pulled back from record highs after Mnuchin’s comments yesterday, with the S&P 500 and the Nasdaq Composite closing down on the day, though the Dow Jones managed to hold on to modest gains. US e-mini futures pointed to further declines today following losses in Asia.

The earnings season will continue today with results from Goldman Sachs and BlackRock.

Although the reporting season has only just started, there seems little indication so far that Q4 earnings will dent the stock market rally. Yesterday’s mild losses on Wall Street also suggest the underlying risk-on theme will stay intact even if markets will have to wait for the completion of ‘phase two’ for further tariff rollbacks.

In the currency markets, the US dollar was flat against a basket of currencies, with a weaker euro and pound offsetting a firmer yen. But while the yen’s advances were broad based, they were modest in size.

A bigger mover was the Swiss franc, which rose sharply against the dollar and the euro on Tuesday after the US Treasury Department added Switzerland to its currency monitoring list in its latest review of countries that may be manipulating their currencies.

The franc appreciated to a 2-week high of 0.9660 per dollar and to a 2½-year peak of 1.0748 per euro even as the Swiss National Bank defended its interventions in the FX markets saying they are “motivated purely by monetary policy considerations”.

In commodities, oil prices continued to retreat, with WTI last hovering around the $58 a barrel level. Disappointment that the interim US-China trade deal won’t boost global demand for oil more than what’s already been priced weighed on prices. Reports that the OPEC+ group of producers may extend the output restrictions until June from March were unable to provide much of a boost.

Oil Under the Gun Again. On Monday morning, a barrel of Brent is
Euro Completely Recovered Its February Losses. On Monday, March 2nd, the major currency pair
How long to the parity for EURUSD?. EURUSD price is continuing to decrease. The last
Correctional Rebound in Oil Died DownGPBUSD: chance of a drop is still thereGold Stopped GrowingBrent oil price to drop down to $50Pound Handled the Brexit with DignityUSDCAD rises to 7-week high above 1.3200
Quotes / Fri 26 / February / 12:54pm

Bitcoin and Gold Prices Diverge Again, Extending 5-Month Correlation. Bitcoin is again feeling the pull of gravity
Markets roll back after last week decline, EURUSD tests the important resistance. Market focus Holidays in the U. S. and
What is crypto-currency in simple words?.   Crypto-currency is electronic virtual or digital money.
How to make money OUT of crypto-currency?How to earn bitcoin?What is bitcoin in simple words?How to buy a bitcoin?
Economic calendar / Friday 26 / February / 03:54pm