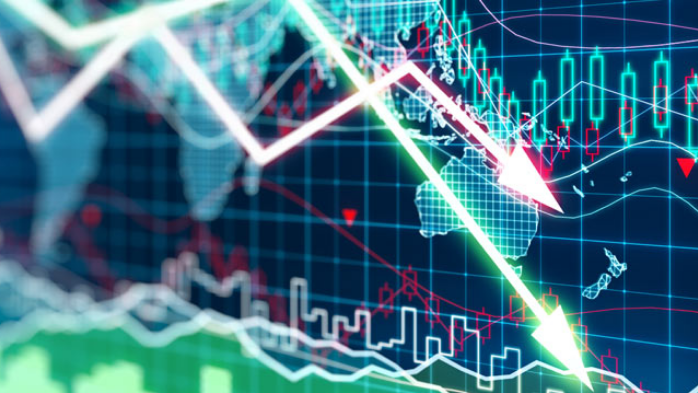 The European currency shows flat dynamics of trading against the US dollar during today’s Asian session, consolidating near the level of 1.0880. EUR/USD expects new drivers to appear on the market; however, current forecasts for the next macroeconomic publications are quite pessimistic.

In particular, data on consumer inflation in Germany for March will be released today. The ZEW Research Institute will later release its traditional business sentiment report for April. Analysts project that inflation in Germany will rise by 2.5% MoM and 7.3% YoY, while the Harmonized Consumer Inflation Index could rise to 7.6%. ZEW Survey on Economic Sentiment in Germany in April may fall from -39.3 to -48 points. ZEW Survey on Current Situation is projected to fall from -21.4 to -35 points.

Additional pressure on the positions of the single currency is exerted by the situation with a new package of sanctions against the Russian economy, as the EU authorities have not reached a consensus on the oil embargo.

The British pound is traded with mixed dynamics against the US currency during the morning session, holding near 1.3020. Activity on the market at the beginning of the week remains quite low, despite the publication of a large block of macroeconomic statistics from the UK on Monday.

Data released the day before reflected a slowdown in UK GDP growth from 0.8% in January to 0.1% in February. Analysts had expected the dynamics to slow down to 0.3%. The pace of Industrial Production in February recorded a decline of 0.6% after an increase of 0.7% a month earlier. The real dynamics again turned out to be significantly worse than analysts’ forecasts of growth by 0.4%. In annual terms, production rates slowed down from 3.0% to 1.6%, while the market expected 1.4%. Additional pressure on the position of the pound today is exerted by statistics on retail sales in the UK. BRC Like-For-Like Retail Sales in March showed a decrease of 0.4% after increasing by 2.7% a month earlier.

The Australian dollar is showing a weak corrective growth against the US dollar during the Asian session, recovering from a four-day “bearish” rally. The instrument is testing the level of 0.7420 for a breakout, retreating from its local lows of March 22. The situation on the markets is changing slightly, and traders still do not show any noticeable interest in risky assets.

The US dollar is also in demand amid growing expectations of a sharp tightening of the US Federal Reserve’s monetary policy already during the May meeting. In addition, it is expected that in May the regulator will announce the start of a quantitative tightening program in order to reduce its balance sheet.

In turn, the Australian dollar was supported at the beginning of the week by optimistic macroeconomic statistics from China. The Consumer Price Index in China in annual terms in March accelerated from 0.9% to 1.5%, which was better than market expectations at 1.2%. On a monthly basis, however, inflation showed only zero dynamics after rising by 0.6% in February. Today’s data support the buying mood for the instrument with strong statistics from Australia. National Australia Bank’s Business Conditions in March strengthened from 9 to 18 points, while the Business Confidence index for the same period rose from 13 to 16 points, with a slowdown forecast to 8 points.

The US dollar is traded mixed against the Japanese yen during the Asian session, consolidating near 125.40. The day before, the US currency again showed active growth against the yen and updated the record highs of June 2015, receiving support from the previous growth factors. First of all, investors expect further tightening of the US Federal Reserve’s monetary policy at a somewhat more active pace. Market participants are also counting on the launch of a quantitative tightening program. The US currency is supported by the general demand for safe assets in connection with the extremely tense situation around Ukraine, on the territory of which Russia continues to conduct a special military operation, despite the unprecedented sanctions pressure from Western countries.

The day before, the EU authorities agreed on a new package of restrictions, which, among other things, provides for a ban on the import of Russian coal. The issue of the embargo on oil and natural gas is still open; however, real steps are also being taken to gradually abandon the purchase of these energy carriers from the Russian Federation. Today, the yen is slightly supported by the Japanese macroeconomic data. Thus, the volume of Bank Lending in the country in March increased by 0.5% after an increase of 0.4% a month earlier. Analysts expected the dynamics to slow down to 0.3%.

XAU/USD shows moderate growth during Asian trading, testing the level of 1960.00 again. The day before, the instrument has already made attempts to consolidate above it, having updated local highs from March 14. Gold prices briefly rose to a monthly high on fears of increased inflationary risks in Europe and the United States, which was the reason for the purchase of the metal, but closer to the end of the Monday afternoon session, the “bulls” lost most of their gains.

Tomorrow, investors are waiting for the publication of inflation data from the US. Despite a number of active measures taken by the US Federal Reserve to contain it, analysts expect the annual value to accelerate to 8.4% in March. The biggest contributor is likely to come from higher energy prices as commodity markets surged to new record highs due to the sanctions policy against the Russian economy. At the same time, further growth of gold is constrained by expectations of a 0.50% increase in interest rates by the US Federal Reserve already during the May meeting. In addition, representatives of the regulator spoke out in favor of launching a quantitative tightening program.

Bitcoin is the lame duck of the crypto market. Bitcoin was down 0.8% on Tuesday, ending the
Bitcoin loses strength due to the stock sell-off. Bitcoin was down 7.4% on Monday, ending at
Bitcoin and Gold Prices Diverge Again, Extending 5-Month Correlation. Bitcoin is again feeling the pull of gravity
Markets roll back after last week decline, EURUSD tests the important resistanceWhat is crypto-currency in simple words?How to make money OUT of crypto-currency?How to earn bitcoin?What is bitcoin in simple words?How to buy a bitcoin?
Economic calendar / Thursday 07 / July / 04:14pm