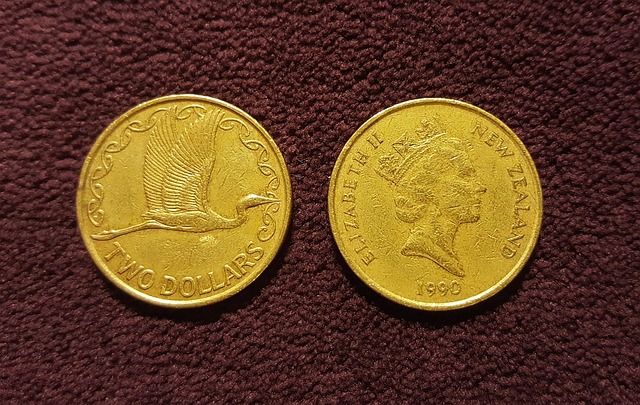 “The Monetary Policy Committee agreed that a lower OCR is necessary to continue to meet its employment and inflation objectives,” RBNZ’s monetary policy committee said in a statement accompanying its rates decision.

“GDP growth has slowed over the past year and growth headwinds are rising. In the absence of additional monetary stimulus, employment and inflation would likely ease relative to our targets,” the statement said.

The AUD/USD pair also fell 0.9% to 0.6698 on bets that the Reserve Bank of Australia would follow the footstep of its New Zealand’s counterpart.

The Chinese yuan also remained in focus after the People’s Bank of China (PBOC) set the midpoint reference for the yuan at 6.9996 on Wednesday.

“Investors may be concerned that the fixing may break 7 in the future, which will be seen as a sign that room for depreciation remains large,” said Tommy Xie, an economist at Oversea-Chinese Banking Corp in a Bloomberg report. “The fixing in the coming days will send very important signals on the central bank’s stance.”

The U.S. officially labelled China as a currency manipulator on Monday, a week after President Donald Trump slapped additional tariffs on Chinese goods that will begin to kick in from Sept 1.

In a statement, the PBOC said the “United States disregards the facts and unreasonably affixes China with the label of ‘currency manipulators,’ which is a behaviour that harms others and oneself.”

The central bank added that it would not only “seriously undermine the international financial order, but also trigger financial market turmoil. It will also greatly hinder international trade and the global economic recovery, and ultimately will suffer from it.”

The U.S. dollar index that tracks the greenback against a basket of other currencies slipped 0.1% to 97.315.

Oil Under the Gun Again. On Monday morning, a barrel of Brent is
Euro Completely Recovered Its February Losses. On Monday, March 2nd, the major currency pair
How long to the parity for EURUSD?. EURUSD price is continuing to decrease. The last
Correctional Rebound in Oil Died DownGPBUSD: chance of a drop is still thereGold Stopped GrowingBrent oil price to drop down to $50Pound Handled the Brexit with DignityUSDCAD rises to 7-week high above 1.3200
Quotes / Mon 12 / April / 07:29pm

Bitcoin and Gold Prices Diverge Again, Extending 5-Month Correlation. Bitcoin is again feeling the pull of gravity
Markets roll back after last week decline, EURUSD tests the important resistance. Market focus Holidays in the U. S. and
What is crypto-currency in simple words?.   Crypto-currency is electronic virtual or digital money.
How to make money OUT of crypto-currency?How to earn bitcoin?What is bitcoin in simple words?How to buy a bitcoin?
Economic calendar / Monday 12 / April / 10:29pm