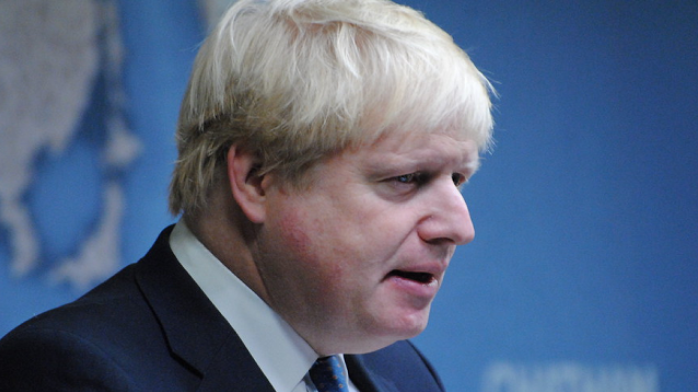 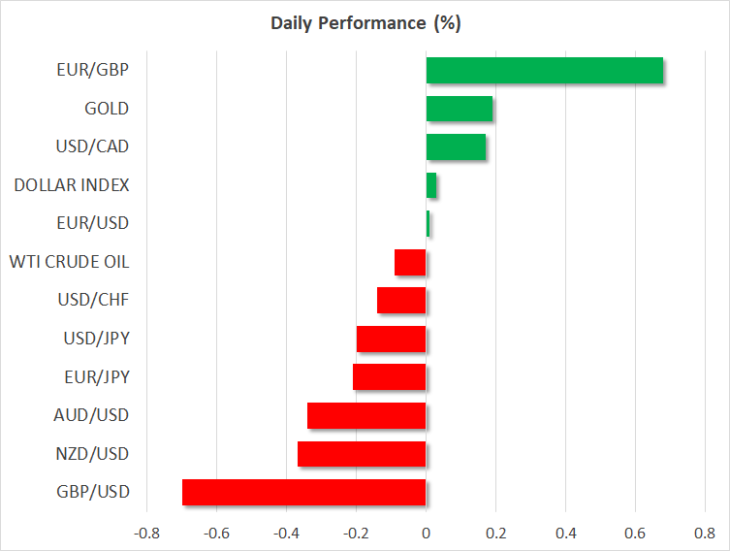 Sterling surges on reports Brexit deal is close, but hold your horses

The British currency resumed its upward trajectory yesterday, touching a new five-month high against the dollar, after several reports suggested that a Brexit deal is drawing closer. Beyond the pound, the rejuvenated optimism and the perceived decline in political risk also propelled global stock markets higher, the S&P 500 gaining 1.0%, even without any real news out of the US.

The Brexit talks are at a critical stage, and the negotiators are working round the clock to get a deal done by tomorrow’s EU summit. Yet, many hurdles remain before we get there according to the media, so perhaps the market has run a little ahead of itself in pricing in a potential deal.

Admittedly though, investors may be asking the wrong question. If Boris really conceded that there will be a “customs border down the Irish Sea” – as the Guardian reported yesterday – then it’s not a matter of whether a deal with the EU will get done, but rather of whether such a deal can pass through the UK Parliament. Recall that Theresa May rejected this customs idea as something “no British Prime Minister could ever accept”, so if Boris brings such a deal for a vote, it may be doomed to fail.

What about the pound? The risk of a near-term pullback has risen materially, because assuming no deal is done today, the euphoria will likely cool. Even if a deal is struck, commanding enough support to get it through this Parliament is almost unfathomable. That said, a short-term setback wouldn’t necessarily mean the broader relief rally is over. Markets would quickly start to price in a General Election, which could make both a future deal and a second referendum more likely.

The truce between Washington and Beijing didn’t last long. Tensions escalated again yesterday, after the US House of Representatives unanimously passed a bill condemning China’s actions in Hong Kong and requiring an annual review of whether the city is autonomous enough to be treated differently than China on trade. The implicit threat is that if Beijing cracks down on the city’s democracy movement, the US will choke off the massive supply of dollars passing through Hong Kong into mainland China.

Chinese authorities threatened to retaliate with strong measures if this bill becomes law, which once again highlights that US-China tensions run much deeper than just trade. Trade-sensitive currencies like the aussie tumbled, while Wall Street futures ticked a little lower. All this implies that China may harden its stance on trade issues, enhancing the notion that the optimism following last week’s ‘mini’ deal may have been premature. For now though, it seems that Brexit is dominating global risk sentiment, not trade.

UK inflation, US retail sales and Fed speak on the agenda

On the data front, New Zealand’s inflation prints for Q3 were released overnight and beat estimates, but the kiwi quickly gave back all its gains to trade lower. The figures weren’t strong enough to dispel expectations for another rate cut by the RBNZ next month, which is still priced in with a 90% chance. The US-China news didn’t help either.

In the UK, inflation data for September are due out, but focus remains on Brexit.

In the US, retail sales figures for September could make-or-break market expectations for a rate cut by the Fed later this month, which markets still assign a 75% chance to. 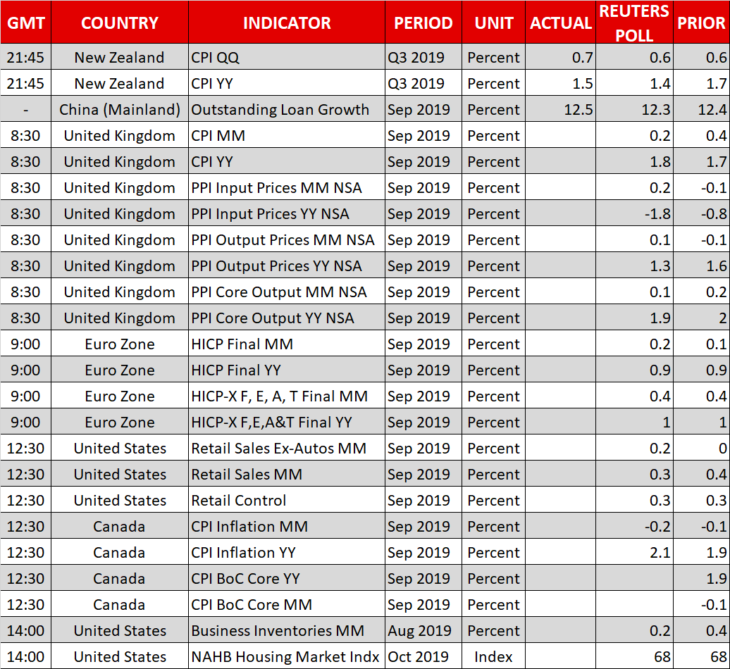 Oil Under the Gun Again. On Monday morning, a barrel of Brent is
Euro Completely Recovered Its February Losses. On Monday, March 2nd, the major currency pair
How long to the parity for EURUSD?. EURUSD price is continuing to decrease. The last
Correctional Rebound in Oil Died DownGPBUSD: chance of a drop is still thereGold Stopped GrowingBrent oil price to drop down to $50Pound Handled the Brexit with DignityUSDCAD rises to 7-week high above 1.3200
Quotes / Sun 18 / April / 06:51pm

Bitcoin and Gold Prices Diverge Again, Extending 5-Month Correlation. Bitcoin is again feeling the pull of gravity
Markets roll back after last week decline, EURUSD tests the important resistance. Market focus Holidays in the U. S. and
What is crypto-currency in simple words?.   Crypto-currency is electronic virtual or digital money.
How to make money OUT of crypto-currency?How to earn bitcoin?What is bitcoin in simple words?How to buy a bitcoin?
Economic calendar / Sunday 18 / April / 09:51pm