The British pound rebounded against the U.S. dollar on Tuesday in Asia, but was still under pressure after Speaker of the House of Commons John Bercow said there would be no vote on the latest Brexit deal as U.K. Prime Minister Boris Johnson had hoped. 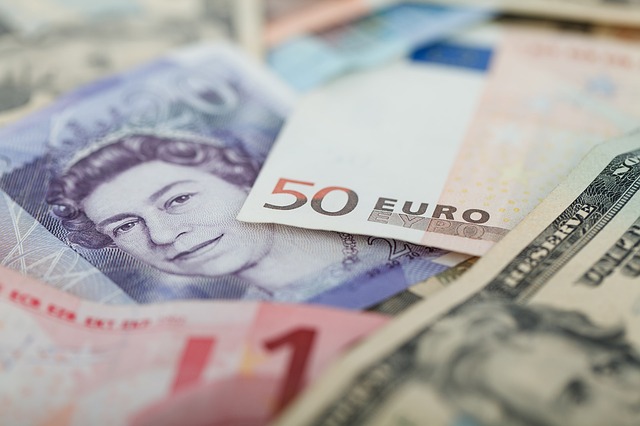 Johnson had made a deal with the EU last week in the hopes of leaving the bloc on Oct. 31. But due to legislation passed on Saturday, he was forced to ask for yet another extension. He said before that he would “rather be dead in a ditch” than ask for an extension.

Reports this week said he has resolved to press on with seeking to pass Brexit-related laws in parliament on Tuesday.

“While markets haven’t seen fit to reverse last week’s optimism that saw sterling smartly higher they aren’t yet prepared to take the pound up to the next level,” said National Australia Bank Head of FX Strategy Ray Attrill in a Reuters report.

The U.S. Dollar Index that tracks the greenback against a basket of other currencies was little changed at 97.023.

On the Sino-U.S. trade front, there were signs that the U.S. and China were making progress in efforts to resolve their trade dispute.

U.S. President Donald Trump said on Monday that China has begun buying U.S.-made agricultural products and that work toward ending the U.S.-China dispute was going well, while White House adviser Larry Kudlow said tariffs scheduled for December could be rollbacked if progress is made.

Oil Under the Gun Again. On Monday morning, a barrel of Brent is
Euro Completely Recovered Its February Losses. On Monday, March 2nd, the major currency pair
How long to the parity for EURUSD?. EURUSD price is continuing to decrease. The last
Correctional Rebound in Oil Died DownGPBUSD: chance of a drop is still thereGold Stopped GrowingBrent oil price to drop down to $50Pound Handled the Brexit with DignityUSDCAD rises to 7-week high above 1.3200
Quotes / Sat 17 / April / 05:25am

Bitcoin and Gold Prices Diverge Again, Extending 5-Month Correlation. Bitcoin is again feeling the pull of gravity
Markets roll back after last week decline, EURUSD tests the important resistance. Market focus Holidays in the U. S. and
What is crypto-currency in simple words?.   Crypto-currency is electronic virtual or digital money.
How to make money OUT of crypto-currency?How to earn bitcoin?What is bitcoin in simple words?How to buy a bitcoin?
Economic calendar / Saturday 17 / April / 08:25am