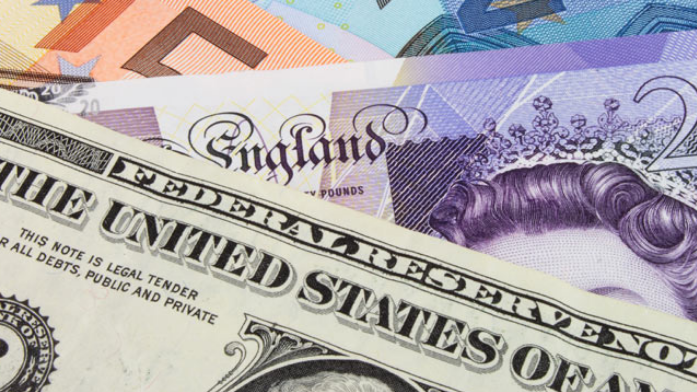 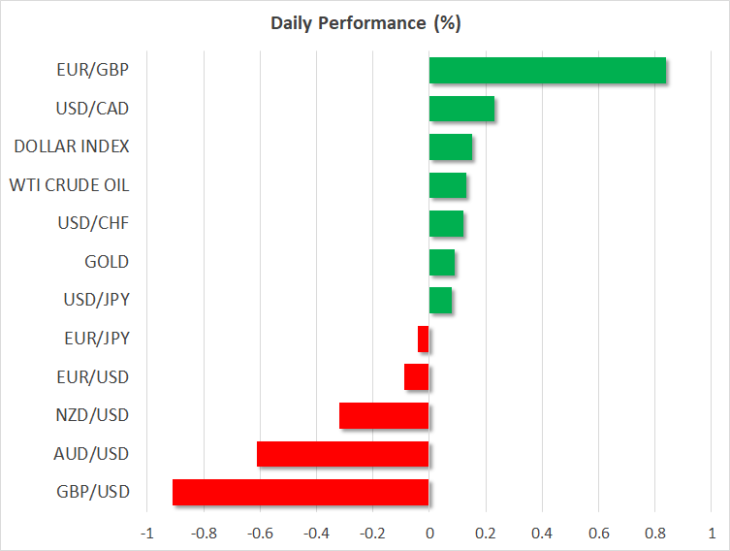 The British pound is on the slide following reports that UK Prime Minister Boris Johnson will use his huge parliamentary majority to make an amendment to the Withdrawal Agreement to make it illegal for the transition period to be extended beyond December 2020.

The government has confirmed that it will bring back the legislation on the Brexit deal to Parliament on Friday, which would pave the way for the United Kingdom to exit the European Union on January 31. If it goes ahead with ruling out an extension to the transition period, it would keep alive the threat of a no-deal Brexit until at least the end of 2020.

Sterling slumped on the prospect of no near-term end to the Brexit uncertainty and the real possibility that the UK could still leave the EU without a post-Brexit trade deal on December 31, 2020. Cable is now trading almost 2% below last week’s post-election peak of $1.3514 and although it would not be impossible for Johnson to agree to an extension if he was happy with how the negotiations were proceeding, the uncertainty is likely to continue to hurt businesses and thus, the pound’s outlook. Under EU rules, any extension would have to be requested by late June.

The British economy is already at risk of a recession with yesterday’s flash PMIs showing that overall activity contracted again in December. The Bank of England will meet on Thursday for its policy meeting and any dovish shift in its statement is likely to further weigh on sterling.

Equity markets remained in a buoyant mood on Tuesday with Asian stocks getting a lift from another record close on Wall Street overnight as well as strong gains in Europe on Monday. The S&P 500 closed 0.7% higher at a new all-time high of 3191.45, boosted by Apple shares on relief that the December 15 tariffs have been suspended, which would have hit Apple products. In London, the FTSE 100 soared by 2.3% as investors priced out the risk of a Corbyn government following the decisive election outcome. Futures for US and European indices were pointing to a softer start on Tuesday.

But while stock markets celebrated the positive developments on the trade war and Brexit fronts, there was caution elsewhere amid a risk that the US-China ‘phase one’ trade deal could still hit a stumbling block before the two sides have put pen to paper. According to Reuters, Chinese negotiators are worried about the wording of the final draft of the agreement and while all the indications are that a deal will be signed in early January, the threat of the talks falling apart has not been completely eliminated.

The market caution kept most major pairs within tight ranges except for the Australian dollar, which, along with the pound, was one of the worst performers on Tuesday. The aussie fell by over 0.5% after the minutes of the Reserve Bank of Australia’s December meeting hinted at a possible rate cut in February amid few signs that growth and inflation in Australia are about to pick up despite this year’s three rate reductions.

The aussie’s slide also induced some profit-taking in the kiwi and the loonie following their recent strong gains. The US dollar, meanwhile, was broadly firmer and edged up to 109.60 versus the yen after being bolstered by better-than-expected housing and PMI data on Monday.

There will be plenty more US data coming up today, including building permits and industrial production, as well as a speech by Boston Fed President Eric Rosengren at 17:30 GMT.

Oil Under the Gun Again. On Monday morning, a barrel of Brent is
Euro Completely Recovered Its February Losses. On Monday, March 2nd, the major currency pair
How long to the parity for EURUSD?. EURUSD price is continuing to decrease. The last
Correctional Rebound in Oil Died DownGPBUSD: chance of a drop is still thereGold Stopped GrowingBrent oil price to drop down to $50Pound Handled the Brexit with DignityUSDCAD rises to 7-week high above 1.3200
Quotes / Mon 19 / April / 03:05am

Bitcoin and Gold Prices Diverge Again, Extending 5-Month Correlation. Bitcoin is again feeling the pull of gravity
Markets roll back after last week decline, EURUSD tests the important resistance. Market focus Holidays in the U. S. and
What is crypto-currency in simple words?.   Crypto-currency is electronic virtual or digital money.
How to make money OUT of crypto-currency?How to earn bitcoin?What is bitcoin in simple words?How to buy a bitcoin?
Economic calendar / Monday 19 / April / 06:05am