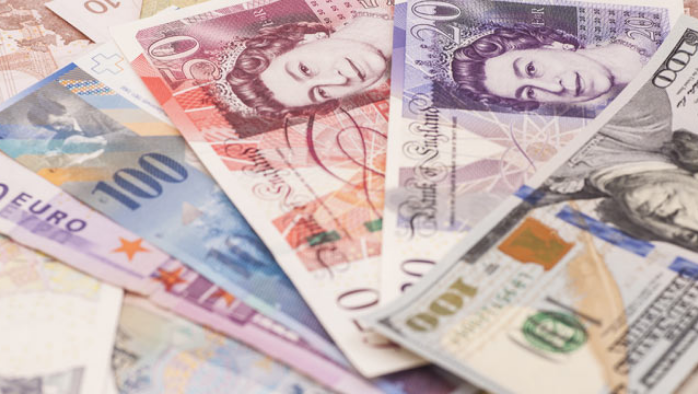 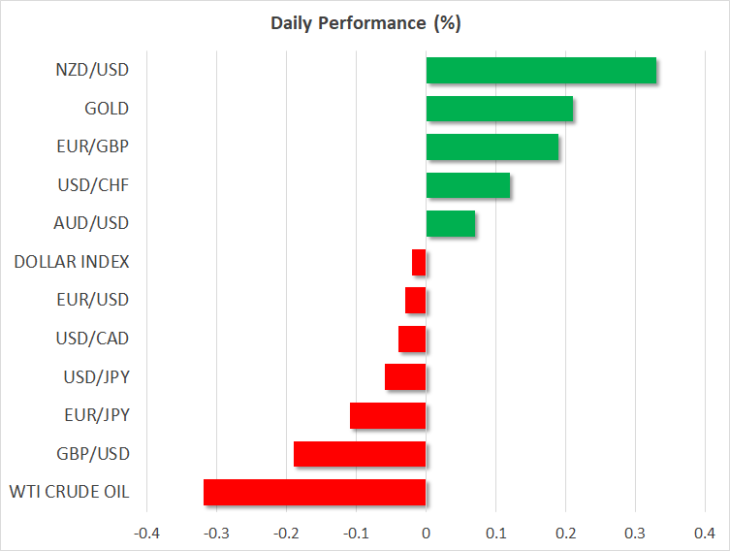 Busy week for UK Parliament; more headaches for Johnson ahead

The Speaker of the House of Commons, John Bercow, continued to be a thorn on the side of the UK government after he blocked an attempt to put Johnson’s Brexit deal for a meaningful vote yesterday. However, MPs will get the chance today to decide whether to go ahead with debating the Withdrawal Agreement Bill, which aims to turn the Brexit deal into law.

There are two key votes that could determine whether the UK will be able to leave the EU on time on October 31. MPs will first vote at 1800 GMT on whether they support the bill in principle and if that passes, they will vote again at 1830 GMT on the timetable of the bill. The government is pushing to get the bill through the House of Commons by Thursday so it can then move on to the House of Lords as there’s less than 10 days to go before Brexit day.

However, many MPs want a longer timetable given the huge number of clauses that need to be debated and possibly amended by Parliament. The first of those amendments could be voted on Wednesday and the ones that pose the biggest risk for the Johnson government are demands for a customs union and a second referendum. Lawmakers could also decide to rule out a no-deal Brexit at the end of the transition period in December 2020 if the UK and the EU have not reached a post-Brexit trade agreement by then.

Should one or more of those amendments pass, Boris Johnson might decide to pull the bill and take his chances by calling a general election.

Pound holds firm but political storm could yet intensify

The British pound was slightly softer on Tuesday, slipping to around $1.2940, having broken above the key $1.30 level on Monday for the first time in five months. However, it may be difficult for sterling to hold onto those gains if British lawmakers derail Johnson’s Brexit plan and the country is faced with further delays to its departure from the European Union.

The euro was also trading close to its highs after touching $1.1179 yesterday, while the US dollar was little changed at 97.34 against a basket of currencies.

The risk-sensitive Australian and New Zealand dollars were slightly firmer at $0.6870 and $0.6424, respectively, as investors grew increasingly confident that the US and China will sign a ‘phase 1’ trade agreement by mid-November.

Rising hopes of a trade deal

President Trump told reporters yesterday “The deal with China’s coming along very well” and his optimism was echoed by China’s Vice Foreign Minister Le Yucheng earlier this morning who said progress is being made.

Equities were the biggest beneficiaries of the renewed optimism, with the S&P 500 once again approaching its all-time high, while safe-haven government bonds came under pressure, driving yields higher. Ten-year US Treasury yields climbed to a one-month high, providing some support to a fading dollar.

The greenback’s retreat over the past three weeks was also evident against the Canadian dollar, which scaled fresh 3-month highs even as Canada’s prime minister, Justin Trudeau, lost his majority in Monday’s federal election.

Trudeau is now faced with leading a minority governing with a weakened mandate and will need to seek the support of smaller parties, most likely the leftwing NDP.

But with markets not reacting significantly to the election outcome, retail sales data and the Bank of Canada’s business outlook survey (1430 GMT) due later today could draw a bigger response from traders as they could signal whether or not the BoC will shift its stance at its policy meeting next week.

Oil Under the Gun Again. On Monday morning, a barrel of Brent is
Euro Completely Recovered Its February Losses. On Monday, March 2nd, the major currency pair
How long to the parity for EURUSD?. EURUSD price is continuing to decrease. The last
Correctional Rebound in Oil Died DownGPBUSD: chance of a drop is still thereGold Stopped GrowingBrent oil price to drop down to $50Pound Handled the Brexit with DignityUSDCAD rises to 7-week high above 1.3200
Quotes / Mon 12 / April / 05:57pm

Bitcoin and Gold Prices Diverge Again, Extending 5-Month Correlation. Bitcoin is again feeling the pull of gravity
Markets roll back after last week decline, EURUSD tests the important resistance. Market focus Holidays in the U. S. and
What is crypto-currency in simple words?.   Crypto-currency is electronic virtual or digital money.
How to make money OUT of crypto-currency?How to earn bitcoin?What is bitcoin in simple words?How to buy a bitcoin?
Economic calendar / Monday 12 / April / 08:57pm