The final trading week of the year is typically a quiet one and while no major moves are expected in the metals, there are some important developments worth noting as we head into 2020. Firstly, the continued rally in equities looks set to keep pressure on gold as the US-Sino trade negotiations move onto second round. With the phase one trade deal now confirmed, negotiators from both sides are due to commence talks on the second round of the deal early in January. With phase one seeing the US cancelling and reducing large portions of the tariffs in play, the market is now hopeful that the two sides will be able to put a complete end to the tariff war over the next round of negotiations. Such an outcome would be a big driver of upside in equities, pulling metals prices lower. The uptick in US economic activity as a result would also see a reduction in US rate cut expectations, supporting the dollar and putting further pressure on gold.

Metals traders will also be keeping a close eye on Brexit negotiations over the early part of the year. Following the UK vote last week which saw Boris Johnson’s Brexit deal approved in parliament, the UK will now leave the EU on January 31st for certain. Beyond this date, attention will then shift onto the UK/EU trade negotiations which aim to provide a deal ahead of the December 31st 2020 deadline.

Silver prices have been deriving positive support from the strong rally in US equities, particularly industrial benchmarks. The anticipation of the end to the US-Sino trade war is helping reshape demand expectations for silver. While a stronger dollar and any weakness in gold are likely to provide headwinds for silver, continued progress within the US-Sino negotiations environment is likely to help offset and keep prices underpinned. The Trump impeachment trial will also be closely followed by metals traders. While the prospect of Trump leaving office offers risks around economic policy, such an outcome would likely result in a far quicker end to the trade war given the political opposition to Trump’s tariff war with China.

From a technical viewpoint. Consolidation continues in Gold though price has drifted back above the monthly pivot at 1475.12 and is currently challenging the bearish trend line. With longer-term VWAP negative we could still see a move lower, however, if we break above the trend line, I will reassess. 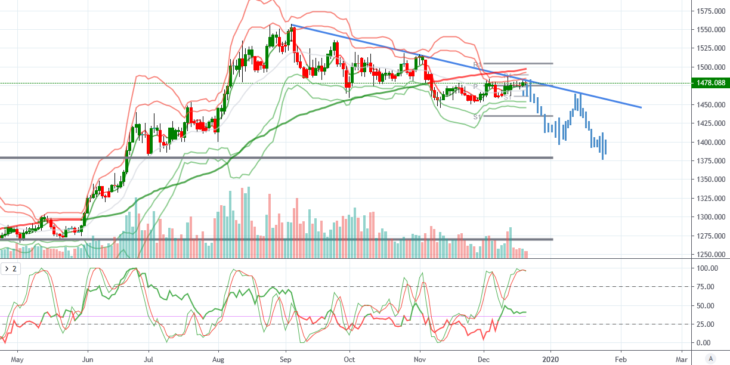 From a technical viewpoint. Silver continued higher last week and has broken above the bearish trend line. For now, however, price is still below the monthly pivot at 17.2958 and with longer term VWAP negative, we could still break lower. Topside risks are building though and if we break above the pivot, we could see a proper break higher. 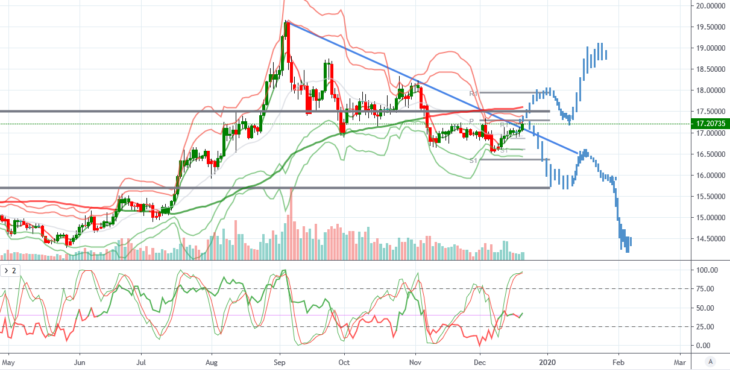 Oil Under the Gun Again. On Monday morning, a barrel of Brent is
Euro Completely Recovered Its February Losses. On Monday, March 2nd, the major currency pair
How long to the parity for EURUSD?. EURUSD price is continuing to decrease. The last
Correctional Rebound in Oil Died DownGPBUSD: chance of a drop is still thereGold Stopped GrowingBrent oil price to drop down to $50Pound Handled the Brexit with DignityUSDCAD rises to 7-week high above 1.3200
Quotes / Wed 03 / March / 05:57am

Bitcoin and Gold Prices Diverge Again, Extending 5-Month Correlation. Bitcoin is again feeling the pull of gravity
Markets roll back after last week decline, EURUSD tests the important resistance. Market focus Holidays in the U. S. and
What is crypto-currency in simple words?.   Crypto-currency is electronic virtual or digital money.
How to make money OUT of crypto-currency?How to earn bitcoin?What is bitcoin in simple words?How to buy a bitcoin?
Economic calendar / Wednesday 03 / March / 08:57am