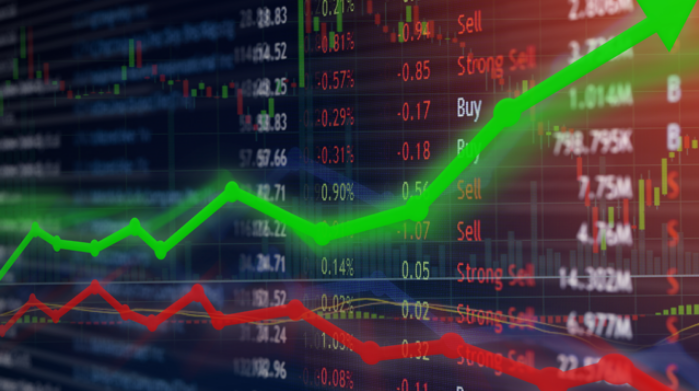 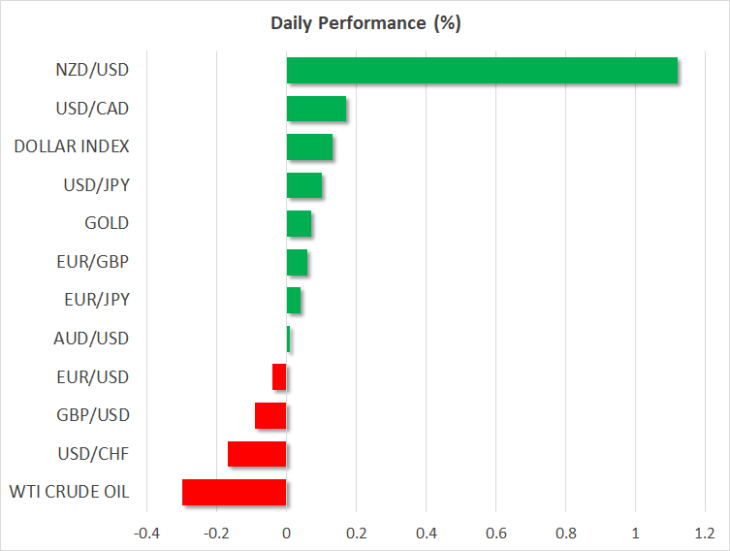 To the surprise of many, the Reserve Bank of New Zealand (RBNZ) kept its policy rate unchanged overnight, confounding forecasts and market expectations, as a rate cut was priced in with an ~80% probability. Even though policymakers kept the door wide open for future cuts, explicitly indicating that “we will add further monetary stimulus if needed”, the overall sense was that they see no urgency to cut again anytime soon.

Some remarks by RBNZ Governor Orr left that impression as well – namely, that it would probably take a shock or a sharp deterioration in the data for rates to be slashed again, and that even in this case, it may be a ‘one and done’ cut. In other words, the RBNZ is softly signaling that this easing cycle is approaching its finale.

The kiwi soared on the decision as rate cut expectations were priced out, with markets now assigning only a one-in-five chance for a cut in February. Looking ahead, much of the currency’s direction will hinge on trade developments, where a lot of good news have already been baked into markets – suggesting that any setback in the volatile negotiations could come as a cold shower for investors.

Trump plays both good and bad cop himself, again

There’s never a boring moment in the era of Donald Trump, who speaking before the Economic Club of New York yesterday, said negotiators are ‘close’ to a phase one deal with China, but that he would raise tariffs ‘very substantially’ if that deal fails. Stocks didn’t like that message, with the S&P 500 (+0.16%) surrendering some gains after touching a new record high earlier in the session. Across the risk spectrum, the yen gained some ground, though both moves were modest.

Separately, the WSJ reported overnight that the two sides still can’t agree whether the US should remove some of its existing tariffs as part of the phase one deal, or whether the US would only cancel future tariffs planned for December. This has wrapped the markets in a risk-off veil early on Thursday, with futures pointing to a slightly negative open on Wall Street.

It’s striking that while a ‘phase one’ deal appeared all but certain just a few days ago, that narrative is slowly getting turned on its head and uncertainty is reemerging, as both sides try to squeeze out eleventh-hour concessions. Investors still seem to think this is mostly theatrics judging by the muted market reaction so far, but there’s no denying that even a partial deal is no longer ‘a sure thing’. Overall, the calm in the trade war and the broader risk-on sentiment of recent weeks may be more fragile than they appear, and with markets having gone on a euphoria rally lately, it might not take much bad news to trigger a notable correction.

US President Trump will decide today whether he will slap tariffs on European cars. Recent reports suggest he may delay this decision again after European manufacturers signaled they will relocate some of their production to America. That said, a Fox-business reporter tweeted overnight that the tariffs may go ahead after all, so there’s some uncertainty involved.

Make no mistake, this represents a major risk for the euro, as any tariffs could deal a fatal blow to the already-fragile German car industry, its massive supply chain running through Eastern Europe, and therefore to the broader euro area.

On the data front, CPI inflation data from both the UK and US today will attract attention.

Finally, Fed Chairman Powell will testify before the Joint Economic Committee of Congress, but any new insights on policy are rather unlikely.

Oil Under the Gun Again. On Monday morning, a barrel of Brent is
Euro Completely Recovered Its February Losses. On Monday, March 2nd, the major currency pair
How long to the parity for EURUSD?. EURUSD price is continuing to decrease. The last
Correctional Rebound in Oil Died DownGPBUSD: chance of a drop is still thereGold Stopped GrowingBrent oil price to drop down to $50Pound Handled the Brexit with DignityUSDCAD rises to 7-week high above 1.3200
Quotes / Sat 17 / April / 05:17am

Bitcoin and Gold Prices Diverge Again, Extending 5-Month Correlation. Bitcoin is again feeling the pull of gravity
Markets roll back after last week decline, EURUSD tests the important resistance. Market focus Holidays in the U. S. and
What is crypto-currency in simple words?.   Crypto-currency is electronic virtual or digital money.
How to make money OUT of crypto-currency?How to earn bitcoin?What is bitcoin in simple words?How to buy a bitcoin?
Economic calendar / Saturday 17 / April / 08:17am