RBNZ to slash rates; more blues for the kiwi? 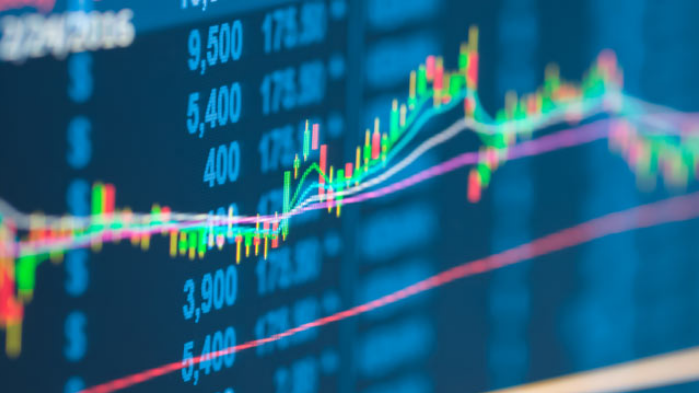 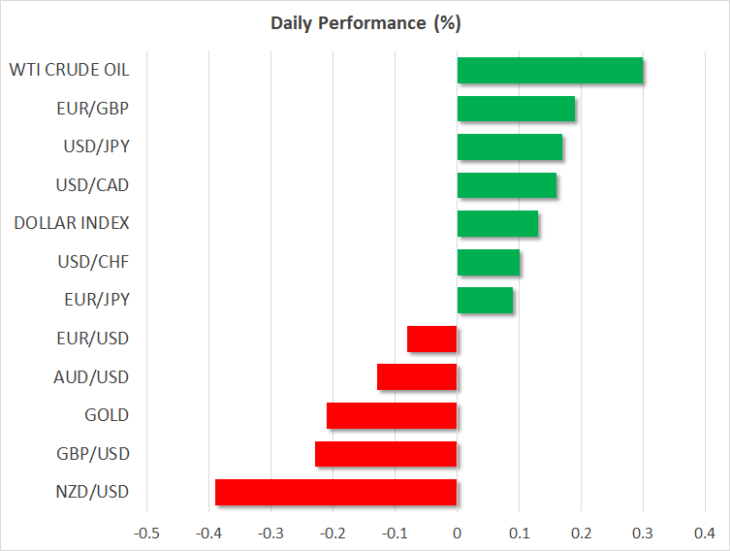 The Reserve Bank of New Zealand (RBNZ) will announce its rate decision early on Wednesday, at 02:00 GMT. A rate cut seems quite likely, after a survey released overnight showed that the nation’s 2-year inflation expectations slipped a little. The central bank is very sensitive to this indicator – a sudden fall in expectations triggered the easing cycle back in 2016 and the ‘double’ rate cut earlier this summer.

The concern is that if left unchecked, sliding inflation expectations could become a self-fulfilling prophecy and drag actual inflation down, so policymakers attempt to ‘re-anchor’ expectations by cutting rates and thus boosting future inflation. The market-implied probability for a rate cut is now 82%, from roughly 60% yesterday – which also explains the kiwi’s underperformance today.

As for the market reaction, a rate cut being priced in with an 82% chance means that if rates are indeed reduced, there may be a modest downside move in the kiwi, but if rates are kept unchanged then the upside reaction may be much greater. The RBNZ is almost certain to cut – not least due to the fear of an appreciating currency if not – so the initial reaction may be a slight spike lower.

After that though, the currency’s direction will depend on the signals about future easing. In that sense, there’s no real argument for the Bank to close the door for further cuts. It’s a long, long time before the next meeting in February and the calm in markets could be shattered by then, so the RBNZ may prefer to keep a strong easing bias in place – in contrast to the RBA and Fed. That would also argue for the kiwi to stay under pressure over time.

In Britain, the election campaign has kicked into high gear, with the Brexit Party announcing yesterday it won’t field candidates in seats currently held by Conservatives. Since the Brexit Party and the Tories theoretically appeal to the same voting base, the news were seen as strengthening Boris Johnson’s hand and diminishing the chances of a hung Parliament, putting a smile on the pound’s face.

Yet, this may be less significant than it looks at first glance. Clearly, this boosts the chances of the Tories, but it is merely a ‘half-measure’ in the grand scheme of things. The Brexit Party will still stand in Labour-held constituencies, likely siphoning votes away from the Tories where they need to gain the most. Ergo, the risk of a hung Parliament is very much alive still, as the Tories don’t merely need to defend their existing seats – they need to gain seats.

As for the pound, the near-term risks appear slightly tilted to the downside, surprisingly not due to politics but rather to economics. The market is pricing in an almost negligible chance of a BoE rate cut in the coming months, though the Bank itself seems primed to cut if the data pulse weakens any further. Hence, any disappointing economic data could see rate-cut expectations soar, consequently weighing on the currency. Watch out for labor market figures today.

The economic calendar is relatively light today. Besides the UK jobs data, Germany’s ZEW survey for November may attract some attention.

Overnight, in addition to the RBNZ decision, Australia’s wage growth data for Q3 are also due.

Oil Under the Gun Again. On Monday morning, a barrel of Brent is
Euro Completely Recovered Its February Losses. On Monday, March 2nd, the major currency pair
How long to the parity for EURUSD?. EURUSD price is continuing to decrease. The last
Correctional Rebound in Oil Died DownGPBUSD: chance of a drop is still thereGold Stopped GrowingBrent oil price to drop down to $50Pound Handled the Brexit with DignityUSDCAD rises to 7-week high above 1.3200
Quotes / Sun 18 / April / 05:40pm

Bitcoin and Gold Prices Diverge Again, Extending 5-Month Correlation. Bitcoin is again feeling the pull of gravity
Markets roll back after last week decline, EURUSD tests the important resistance. Market focus Holidays in the U. S. and
What is crypto-currency in simple words?.   Crypto-currency is electronic virtual or digital money.
How to make money OUT of crypto-currency?How to earn bitcoin?What is bitcoin in simple words?How to buy a bitcoin?
Economic calendar / Sunday 18 / April / 08:40pm