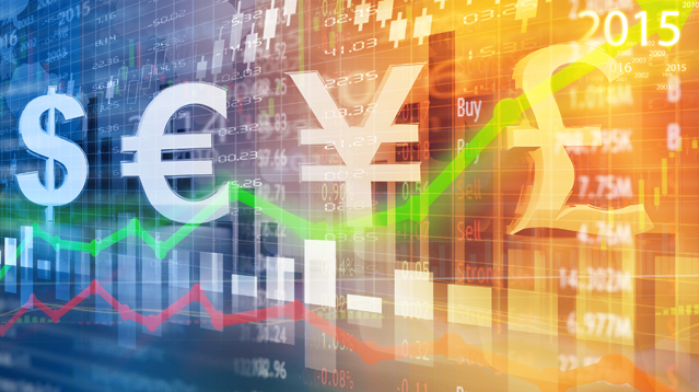 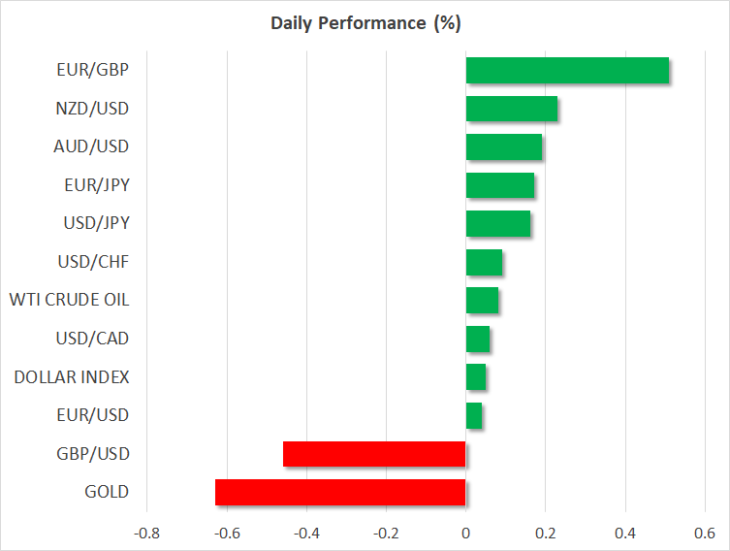 The week got off to an upbeat start as investors set their sights on the imminent signing of the US-China trade pact on Wednesday, which is expected to defuse an 18-month trade war that has brought the global economy on the verge of a recession. While some question marks remain about the deal – mainly, whether it goes far enough in addressing key issues and how committed the two sides will be in adhering to the agreement, overall, investors are optimistic that the signing ceremony will mark the beginning of better times ahead for Sino-US relations.

Equity markets were in a buoyant mood on Monday with most major bourses in Asia ending the day sharply higher. European shares had a mixed start to the day, but S&P 500 e-mini futures edged higher and were just shy from record highs.

In currency markets, the dollar was marginally firmer, lifted by a weaker yen and pound. The greenback had slid on Friday after the latest US jobs report disappointed. The US economy added just 145k jobs in December versus consensus forecasts of 164k. A less-than-expected increase in average hourly earnings also contributed to the sell-off but the dollar managed to bounce back against the safe-haven yen on the back of the ongoing positive sentiment.

Safe havens retreat as tensions cool in the Middle East

Gold prices headed lower on Monday as the United States and Iran appeared to further pull back from the brink of war. The precious metal slipped to around $1551 an ounce, near the $1550 level where a strong support area has been forming over the past few sessions.

That support might be difficult to break if concerns persist about the stability of Iran, where protests are escalating following the accidental downing of a passenger plane in Tehran by the country’s military last week.

In another test for the strength of the latest bout of risk appetite is the tough resistance zone around 109.70 for dollar/yen which has withstood since November.

A barrage of top-tier data due this week may determine whether the upbeat mood lasts. China will publish December trade numbers on Tuesday and fourth quarter GDP estimates on Friday. Any unexpected weakness in those numbers may put a dent in the risk-on sentiment.

For now, though, there seems no stopping to the trade deal euphoria, with the Chinese yuan surging to a five-month high of 6.8857 to the US dollar. The Australian dollar was also firmer, extending its rebound from last week’s 3-week trough. The euro was slightly higher at $1.1126 with focus on full-year German GDP data due on Wednesday.

The pound wasn’t as lucky, however, and was on course to be the day’s worst performing major currency amid increasing speculation that the Bank of England will cut interest rates soon. Gertjan Vlieghe became the third monetary policy committee (MPC) member in as many days two voice his support for a rate cut on Sunday. It follows dovish remarks by Governor Mark Carney and MPC member Silvana Tenreyro last week.

The marked dovish turn by the BoE has disrupted sterling’s recovery from the late December plunge and was last trading at 2½-week lows around $1.2980. Investors will be watching the series of UK data on the agenda this week, including inflation numbers on Wednesday and retails sales figures on Friday for clues on the likelihood of a rate cut on January 30 when the BoE next meets.

Oil Under the Gun Again. On Monday morning, a barrel of Brent is
Euro Completely Recovered Its February Losses. On Monday, March 2nd, the major currency pair
How long to the parity for EURUSD?. EURUSD price is continuing to decrease. The last
Correctional Rebound in Oil Died DownGPBUSD: chance of a drop is still thereGold Stopped GrowingBrent oil price to drop down to $50Pound Handled the Brexit with DignityUSDCAD rises to 7-week high above 1.3200
Quotes / Fri 26 / February / 10:12pm

Bitcoin and Gold Prices Diverge Again, Extending 5-Month Correlation. Bitcoin is again feeling the pull of gravity
Markets roll back after last week decline, EURUSD tests the important resistance. Market focus Holidays in the U. S. and
What is crypto-currency in simple words?.   Crypto-currency is electronic virtual or digital money.
How to make money OUT of crypto-currency?How to earn bitcoin?What is bitcoin in simple words?How to buy a bitcoin?
Economic calendar / Saturday 27 / February / 01:12am