Sterling all over the place amid Brexit rollercoaster 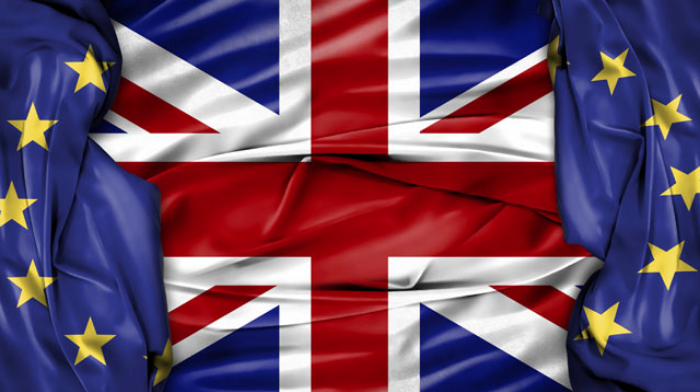 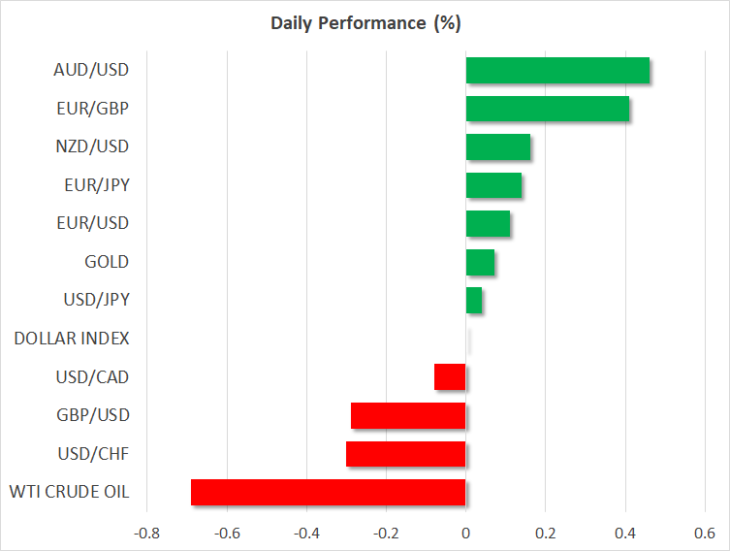 Pound goes for another rollercoaster ride

The British pound remains in the eye of the storm, with a barrage of conflicting Brexit headlines yesterday pulling the currency in all directions. A deal wasn’t reached, though progress has seemingly been made, and the negotiations will continue today. That said, both sides are keeping their cards close to their chest on what has been agreed so far.

The main hurdle seems to be the DUP, the small Northern Irish party propping up Johnson’s government, which earlier this morning stated that it’s not on board with the current suggestions. That sent the pound a little lower, though the move was relatively modest by sterling standards.

Even if a deal gets done, pushing it through the highly fragmented UK Parliament is an entirely different beast. Remember, we’ve been here before – Theresa May hammered out an accord too. Assuming Johnson strikes a deal and gets the DUP and his die-hard Tory Brexiteers to support it, he would still need the votes of several Labour MPs and the Tory mutineers he expelled from his party to get it over the finish line. That’s a tall task.

Where does all this leave the pound? Admittedly, trying to predict day-to-day moves in sterling with headlines flying all over the place is almost impossible, and a lot of the intraday direction may depend on whether a deal gets struck. That said, the risks seem tilted towards a corrective pullback for now. Much optimism has been baked into the currency, and even if a deal comes, it may be shot down in Parliament on Saturday.

In the broader market, moves were generally muted, with stock markets going nowhere and most currencies trading in narrow ranges. An exception was the euro. It advanced, drawing strength from the improving mood on Brexit. The single currency also exploited some weakness in the greenback, which retreated after US retail sales data disappointed, pushing the implied probability for another Fed rate cut this month up to 85%, from around 75% earlier.

It’s quite interesting that the ‘mini’ trade deal reached last week has utterly failed to dispel expectations for another Fed rate cut in two weeks. Markets seem to be saying that for all the “tremendous” rhetoric, nothing has really changed in the broader trade picture, and that the current truce may be quite fragile.

As for the dollar, the fact that Fed officials haven’t pushed back against speculation for an October cut implies they are quite comfortable with one, so the latest retreat may continue for now as investors price that action in fully.

The Australian dollar is outperforming early on Thursday, following the nation’s jobs data for September. The unemployment rate ticked lower, but for ‘unhealthy’ reasons, as the labor force participation rate also dropped. This suggests that there are fewer unemployed people because workers are leaving the jobs market – a discouraging sign.

Perhaps markets took heart by the fact that full-time employment soared, signaling that part-time jobs are being replaced by full-time ones, which is healthy. That saw the implied probability for another RBA rate cut by December drop to 55% currently, from roughly 75% previously. RBA Governor Lowe will speak today at 20:00 GMT, and it will be interesting to see whether this data is decent enough to keep his central bank on the sidelines for now. 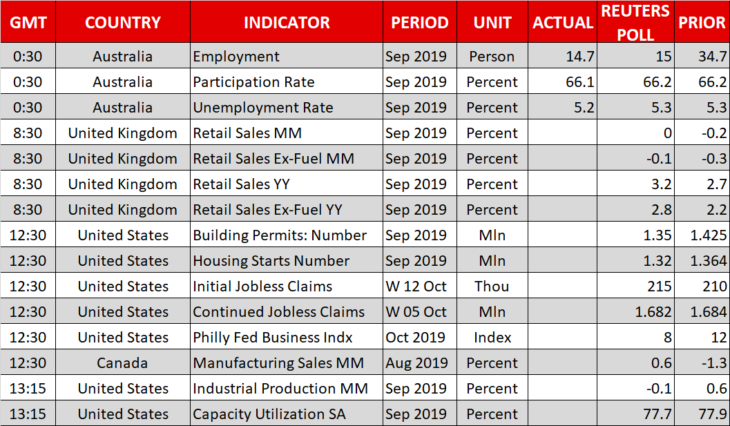 Oil Under the Gun Again. On Monday morning, a barrel of Brent is
Euro Completely Recovered Its February Losses. On Monday, March 2nd, the major currency pair
How long to the parity for EURUSD?. EURUSD price is continuing to decrease. The last
Correctional Rebound in Oil Died DownGPBUSD: chance of a drop is still thereGold Stopped GrowingBrent oil price to drop down to $50Pound Handled the Brexit with DignityUSDCAD rises to 7-week high above 1.3200
Quotes / Sun 18 / April / 06:54pm

Bitcoin and Gold Prices Diverge Again, Extending 5-Month Correlation. Bitcoin is again feeling the pull of gravity
Markets roll back after last week decline, EURUSD tests the important resistance. Market focus Holidays in the U. S. and
What is crypto-currency in simple words?.   Crypto-currency is electronic virtual or digital money.
How to make money OUT of crypto-currency?How to earn bitcoin?What is bitcoin in simple words?How to buy a bitcoin?
Economic calendar / Sunday 18 / April / 09:54pm