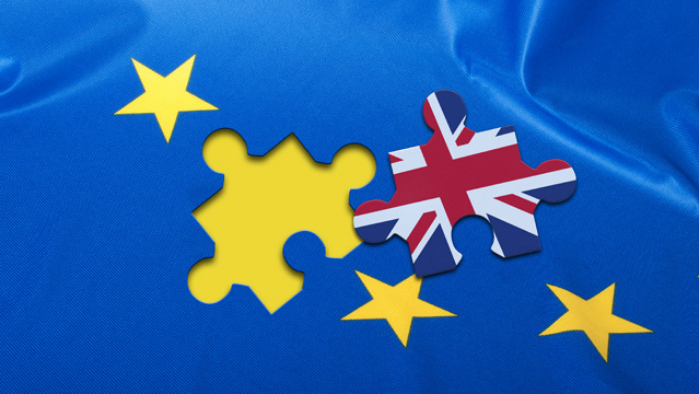 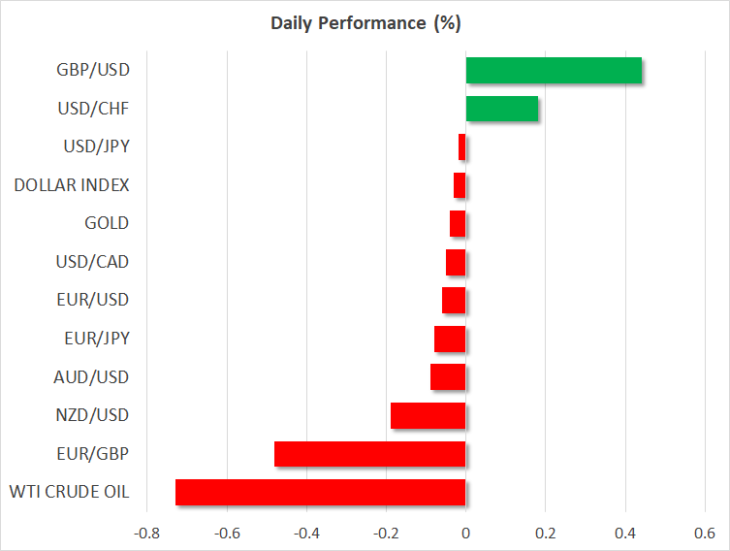 The Brexit saga remains the dominant theme in the FX market. Investors are holding their breath to see whether a deal will be reached, after the negotiations intensified in recent days.

This morning, chief EU negotiator Barnier said a deal is still possible this week, sending the pound soaring. Separately, it seems the UK will table new proposals to break the deadlock, after a meeting between PM Boris Johnson and DUP leader Foster yesterday. This is encouraging, because it shows that Boris still has the DUP on his side, who he will surely need to push any deal he brokers through the fragmented UK Parliament.

As for the pound, the relief rally may not be over just yet, as most potential near-term outcomes seem favorable. A deal being announced would probably see the rally resume, even if the prospect of it ultimately passing through Parliament is doubtful, to say the least. If nothing is agreed, then an extension and a General Election seem inevitable. There are two likely scenarios after that: either Boris gets a majority, strengthening his negotiating hand and making it easier for him to push any deal through Parliament, or 2) a Labour-led coalition gains power under the banner of another referendum.

The British pound wasn’t the only asset boosted by Brexit optimism today though, as stock markets across Europe are also a sea of green, while futures tracking the major US indices point to a ~0.5% higher open on Wall Street too. Looking past equities though, the bond market isn’t so cheerful, with US yields trading lower today – a sign that investors are still on the defensive despite a ‘mini’ trade deal being signed. Likewise, trade-sensitive currencies like the aussie and the kiwi can’t get off the floor.

This perhaps illustrates that the risk-on rally is on wobbly legs, as markets digest the fact that this is probably ‘as good as it gets’ in the trade war. Having taken a small deal, much of the pressure to make concessions has come off China, meaning that any significant progress beyond what’s already been agreed is unlikely in the coming months. Admittedly, with another round of tariffs still scheduled for December, this may simply be a calm before the next trade storm.

Elsewhere, Trump announced yesterday that he will raise steel tariffs on Turkey back to 50% and sanction two Turkish ministers, demanding that the nation halt its military excursion in Syria. Yet, the lira is trading higher today, as markets seemingly expected much tougher action.

Indeed, given all the criticism the Trump administration has drawn for giving Turkey the green light to enter Syria, this seems like an exercise in damage control and public relations, rather than a real attempt to stop military operations.

The calendar is quite busy today. In the UK, employment data will be in focus, but as usual, politics will overshadow economics in driving the pound. In Germany, the ZEW survey for October will provide the first glimpse of how Europe’s largest economy fared in Q4.

Meanwhile, the IMF releases its latest forecasts for the global economy – they will probably be downgraded. 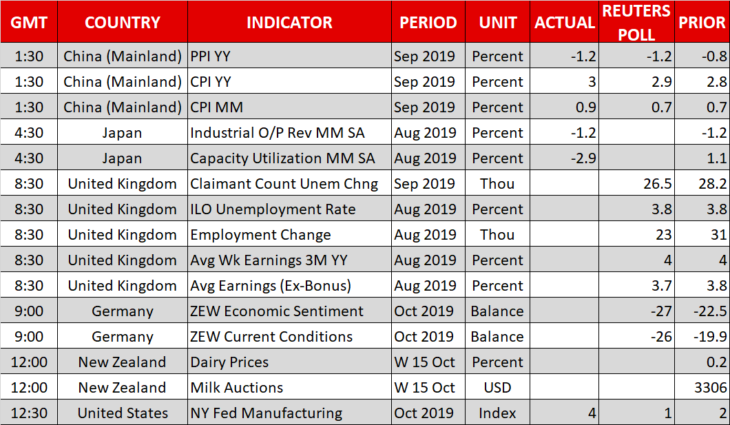 Oil Under the Gun Again. On Monday morning, a barrel of Brent is
Euro Completely Recovered Its February Losses. On Monday, March 2nd, the major currency pair
How long to the parity for EURUSD?. EURUSD price is continuing to decrease. The last
Correctional Rebound in Oil Died DownGPBUSD: chance of a drop is still thereGold Stopped GrowingBrent oil price to drop down to $50Pound Handled the Brexit with DignityUSDCAD rises to 7-week high above 1.3200
Quotes / Mon 12 / April / 06:18pm

Bitcoin and Gold Prices Diverge Again, Extending 5-Month Correlation. Bitcoin is again feeling the pull of gravity
Markets roll back after last week decline, EURUSD tests the important resistance. Market focus Holidays in the U. S. and
What is crypto-currency in simple words?.   Crypto-currency is electronic virtual or digital money.
How to make money OUT of crypto-currency?How to earn bitcoin?What is bitcoin in simple words?How to buy a bitcoin?
Economic calendar / Monday 12 / April / 09:18pm