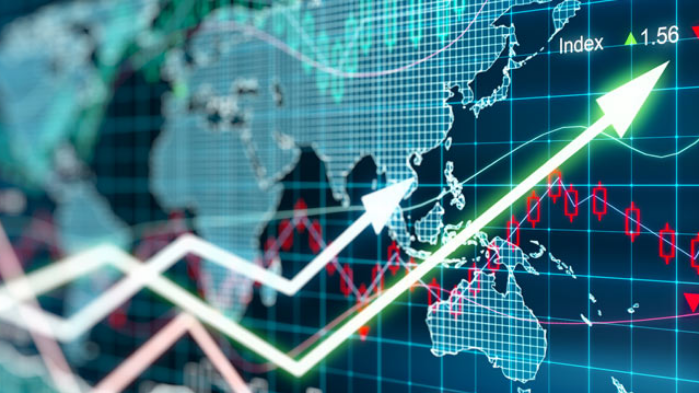 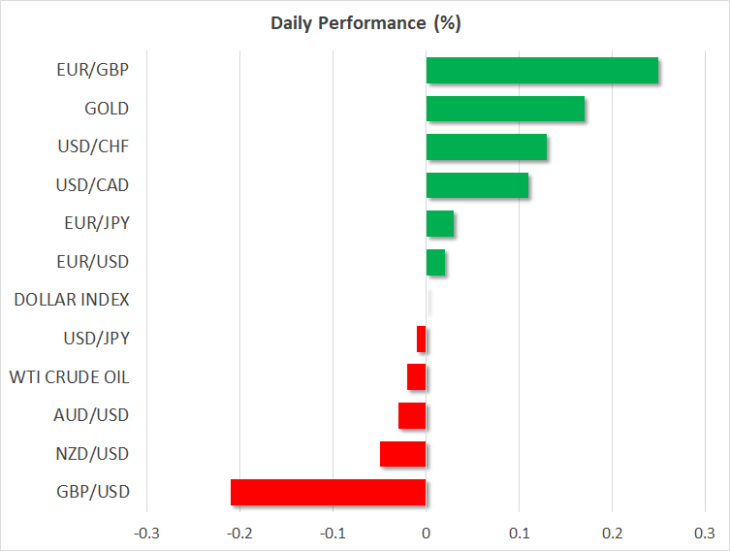 The bullish sentiment that enveloped financial markets on Monday persevered, with investors drawing hope from encouraging headlines surrounding the trade war. The latest reports from Chinese media suggested the two sides have reached a “broad consensus” on a first-phase deal, propelling major US stock indices to fresh record highs, with the S&P 500 rising by 0.75% to reach an accumulated gain of 25% year-to-date.

Safe havens like the yen and gold remained friendless as traders rotated away from defensive assets, the latter also suffering at the hands of a slightly stronger US dollar. Similar reactions took place overnight, with futures tracking the three main indices on Wall Street spiking higher and the yen tumbling on reports that the top US and Chinese trade negotiators spoke on the phone, though these moves have already retraced.

At the risk of sounding skeptical though, we’ve seen this movie before. “Broad consensus” amounts to very little in the world of trade negotiations, as the sticking points – like how much tariffs should be rolled back – could still derail the entire deal. To borrow a catchphrase from the Brexit negotiations: ‘nothing is agreed until everything is agreed’.

As for the markets, it’s increasingly debatable how much upside a ‘phase one’ deal can bring. Riskier assets have rallied time and again on signals that it is drawing closer, so it may well be nearly priced in by now. The bottom line is that the risks now seem asymmetric, with a preliminary deal being finalized likely to extend the risk-on rally but only modestly, whereas any disappointment could trigger significant downside as it would derail the existing narrative.

In Brexit land, everything continues to revolve around the upcoming general election. Investors are closely scrutinizing opinion polls to gauge the outcome, and the latest ones suggest that the Labour party may give the Tories a run for their money, as the gap between the two appears to be narrowing a little.

The problem is that relying on polls to predict UK elections is like deciphering tea leaves, as the nation’s first-past-the-post system means the seats won by each party in Parliament don’t necessarily reflect the percentage of the total vote they received nationwide. Perhaps a better signal about the outcome will come tomorrow, when research firm Yougov releases its model-based poll for this election, which was among the only ones that accurately predicted the hung parliament back in the 2017 election.

As for the pound, as things stand, the most likely outcomes are either an outright Tory majority (bullish) or a hung parliament (bearish), so the risks surrounding the currency appear balanced. This implies that we may see sharp moves in Cable tomorrow, depending on which direction the Yougov model swings this pendulum.

All quiet on the currency front

There was little else to speak of in the broader market, with most currency pairs trading in respectable ranges but ending little changed overall. The economic calendar is relatively light today, with the most noteworthy releases being US consumer confidence data and new home sales – though neither is typically a major market mover.

The focus could fall on speeches by central bankers. The Fed’s Brainard (permanent voter, neutral) will deliver remarks at 18:00 GMT, while the ECB’s Coeure will step up to the rostrum half an hour later.

Oil Under the Gun Again. On Monday morning, a barrel of Brent is
Euro Completely Recovered Its February Losses. On Monday, March 2nd, the major currency pair
How long to the parity for EURUSD?. EURUSD price is continuing to decrease. The last
Correctional Rebound in Oil Died DownGPBUSD: chance of a drop is still thereGold Stopped GrowingBrent oil price to drop down to $50Pound Handled the Brexit with DignityUSDCAD rises to 7-week high above 1.3200
Quotes / Sat 17 / April / 05:09am

Bitcoin and Gold Prices Diverge Again, Extending 5-Month Correlation. Bitcoin is again feeling the pull of gravity
Markets roll back after last week decline, EURUSD tests the important resistance. Market focus Holidays in the U. S. and
What is crypto-currency in simple words?.   Crypto-currency is electronic virtual or digital money.
How to make money OUT of crypto-currency?How to earn bitcoin?What is bitcoin in simple words?How to buy a bitcoin?
Economic calendar / Saturday 17 / April / 08:09am