Stocks skidded Friday, with the market on track for its worst May since 2010, after President Donald Trump unexpectedly announced plans to impose tariffs on imports from Mexico in an attempt to pressure the country to stem the flow of migrants across the U.S. border. Meanwhile, reports said China may be readying fresh retaliatory moves against the U.S. in that trade dispute, while data showed a contraction in Chinese manufacturing activity this month. 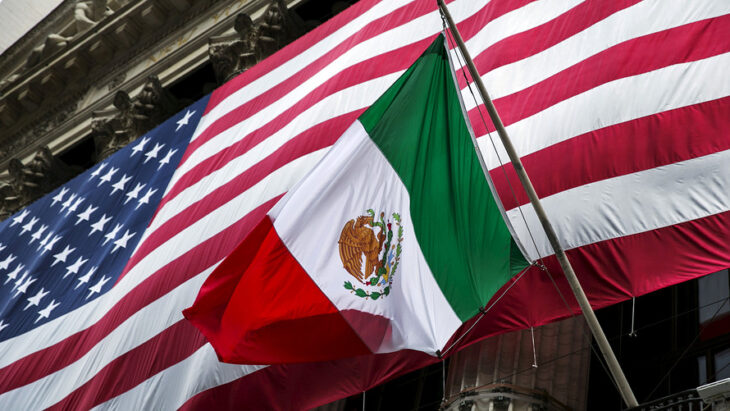 The Mexican peso fell sharply, with that currency recently down over 2% against the dollar, while the Japanese yen USDJPY, -1.04% soared on haven-related buying. Oil prices tumbled, headed for their worst monthly decline since November, gold GCQ19, +1.45%  gained, climbing above $1,300 an ounce, and the ICE Dollar Index DXY, -0.33% edged lower.

Oil Under the Gun Again. On Monday morning, a barrel of Brent is
Euro Completely Recovered Its February Losses. On Monday, March 2nd, the major currency pair
How long to the parity for EURUSD?. EURUSD price is continuing to decrease. The last
Correctional Rebound in Oil Died DownGPBUSD: chance of a drop is still thereGold Stopped GrowingBrent oil price to drop down to $50Pound Handled the Brexit with DignityUSDCAD rises to 7-week high above 1.3200
Quotes / Sun 18 / April / 06:38pm

Bitcoin and Gold Prices Diverge Again, Extending 5-Month Correlation. Bitcoin is again feeling the pull of gravity
Markets roll back after last week decline, EURUSD tests the important resistance. Market focus Holidays in the U. S. and
What is crypto-currency in simple words?.   Crypto-currency is electronic virtual or digital money.
How to make money OUT of crypto-currency?How to earn bitcoin?What is bitcoin in simple words?How to buy a bitcoin?
Economic calendar / Sunday 18 / April / 09:38pm