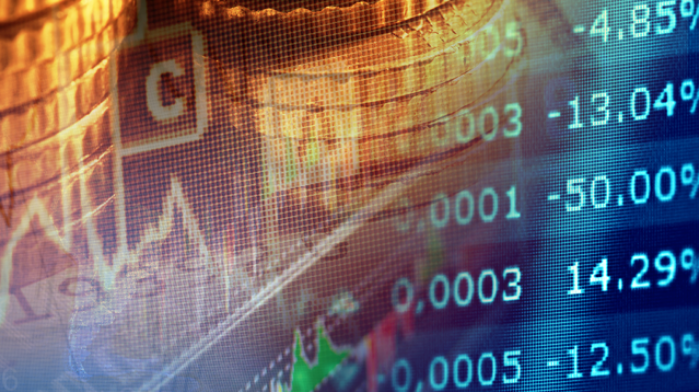 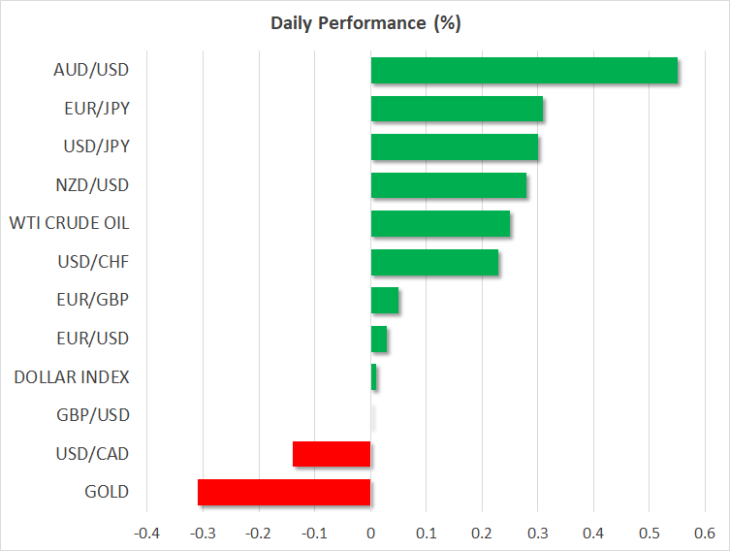 US may roll back some China tariffs

Optimism around a ‘phase one’ US-China trade deal continued to boost risk appetite on Tuesday, lifting stocks and other risk assets, while dampening demand for safe havens such as the yen and gold. A report by the Financial Times that President Trump is considering whether to remove tariffs on about $112 billion worth of Chinese imports introduced in September raised hopes that the latest truce between the two economic powers will be a permanent one.

The roll back of some tariffs by the US appears to be a precondition for China to sign any trade agreement so any resistance by the Trump administration to lift at least some of the punitive duties it’s imposed on Chinese imports could threaten the chances of a deal. The US has also not yet decided on whether to drop the planned tariffs on all remaining imports from China due to come into effect on December 15.

Officials from both sides are currently searching for a venue to host the signing of the interim deal by Presidents Trump and Xi within the next few weeks following the cancellation of the APEC summit in Chile.

In the meantime, risk-sensitive currencies benefited from the improved market tone, with the Chinese yuan jumping to a 3-month peak to briefly break below the key 7-per dollar level.

Stocks also rallied, with all three main indices on Wall Street closing at record highs and shares in Asia extended their recent strong gains today to reach multi-month highs. Equity futures for European and US stock indices pointed to a continuation of the positive mood today.

But the strengthening risk appetite wasn’t kind to the safe-haven yen and Swiss franc, which slid across the board on the back of the renewed trade optimism. The US dollar advanced for a third straight day against the yen to approach the 109 level and climbed to 0.9890 versus the franc.

Gold was also on the way down, falling to around $1505.50, as the precious metal was pressured by rising US Treasury yields.

The Australian dollar was one of the best performers today, gaining 0.5% versus the greenback, after the Reserve Bank of Australia held the cash rate at 0.75% as expected. The RBA has slashed rates three times this year and although it kept the door open for further cuts if needed, markets are divided about whether more policy easing is on the way in the absence of any explicit signals.

Expectations that the RBA may be done with cutting rates, along with easing trade tensions have helped the aussie recover from 10-year lows. The New Zealand dollar is also rebounding from multi-year lows despite the possibility of the Reserve Bank of New Zealand cutting rates next week. Employment numbers out of New Zealand at 21:45 GMT could determine which way the RBNZ will decide.

Before that though, the ISM non-manufacturing PMI (1500 GMT) will be watched out of the United States for another indication on the health of the economy following Friday’s better-than-anticipated jobs report. A solid ISM print would reinforce expectations that the Federal Reserve is on pause for the foreseeable future. 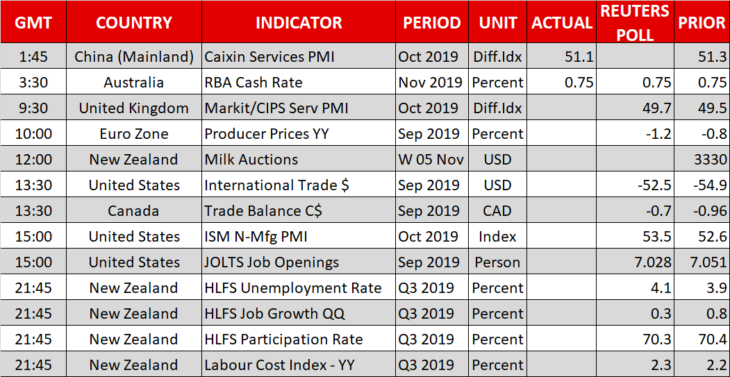 Oil Under the Gun Again. On Monday morning, a barrel of Brent is
Euro Completely Recovered Its February Losses. On Monday, March 2nd, the major currency pair
How long to the parity for EURUSD?. EURUSD price is continuing to decrease. The last
Correctional Rebound in Oil Died DownGPBUSD: chance of a drop is still thereGold Stopped GrowingBrent oil price to drop down to $50Pound Handled the Brexit with DignityUSDCAD rises to 7-week high above 1.3200
Quotes / Sat 17 / April / 05:41am

Bitcoin and Gold Prices Diverge Again, Extending 5-Month Correlation. Bitcoin is again feeling the pull of gravity
Markets roll back after last week decline, EURUSD tests the important resistance. Market focus Holidays in the U. S. and
What is crypto-currency in simple words?.   Crypto-currency is electronic virtual or digital money.
How to make money OUT of crypto-currency?How to earn bitcoin?What is bitcoin in simple words?How to buy a bitcoin?
Economic calendar / Saturday 17 / April / 08:41am