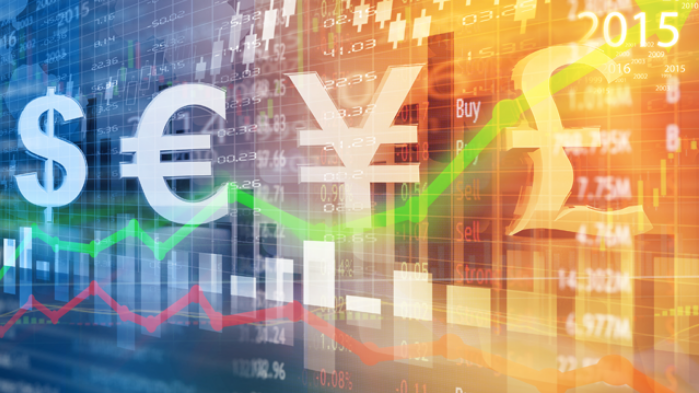 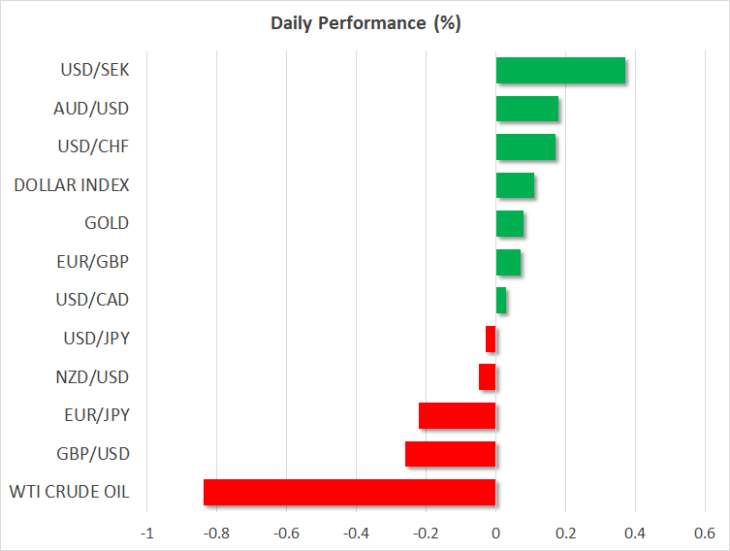 Trump says Phase One deal is “ahead of schedule”

Market sentiment was boosted on Monday after US President Donald Trump signalled an interim trade deal was close. Speaking to reporters yesterday, Trump said “We are looking probably to be ahead of schedule to sign a very big portion of the China deal, we’ll call it Phase One but it’s a very big portion”.

In a further encouraging sign that trade talks between the world’s two largest economies are making significant headway, the Office of the US Trade Representative said the US was considering whether to extend the tariff suspension on $34 billion of Chinese imports, which are due to expire in December.

The latest headlines put the planned signing of the ‘Phase One’ deal in mid-November firmly on track when President Trump is expected to meet with China’s President Xi at the APEC summit in Chile.

The optimism lifted Wall Street overnight, pushing the S&P 500 to a record close of 3,039.42 as investors shrugged off soft earnings results so far for the third quarter. But while there have been few spectacular earnings announcements, neither has there been evidence that the trade war is making a huge dent on company profits, easing market fears.

In Asia, Japan’s Nikkei 225 index (0.5%) was the biggest winner as the rally appeared to be quickly losing its fizz amid caution ahead of key central bank meetings this week. Stock futures were also pointing to a slightly negative open in Europe on Tuesday.

British Prime Minister Boris Johnson lost a key vote in Parliament on Monday as MPs rejected his call for a snap general election. The government needs the vote of two-thirds of the House of Commons to trigger an early election but despite the European Union announcing yesterday that it is offering the UK a three-month extension to the October 31 deadline, most opposition MPs, including the DUP, abstained.

Johnson will attempt again to get an early election later today. But this time he will put forward a bill for a snap vote instead of using the Fixed Term Parliament Act, which requires two-thirds majority and instead of a simple majority. The prime minister is expected to stick to his proposed election date of December 12, but the bill is likely to be amended by the Liberal Democrats and the Scottish National Party to hold the vote on December 9. The government is likely to accept the amendment just to secure an early ballot.

If successful, this would mean the Withdrawal Agreement, which MPs approved to begin its reading in Parliament last week, would be put on hold until after a general election and lawmakers could again be facing a tight timetable in January to get the deal through before the new Brexit deadline of January 31.

The Brexit shenanigans kept the pound choppy but contained between the $1.28-$1.29 levels. The euro was weaker, slipping back below the $1.11 handle.

In other currencies, the US dollar was slightly firmer against a basket of its main rivals, with the dollar index edging up to 97.85, but down against the yen at 108.86, having touched a three-month higher earlier in the day.

The Australian dollar was up against both the greenback and the yen, getting a boost from the positive trade rhetoric. However, the improved sentiment failed to lift major commodities such as oil, with both WTI and Brent crude heading for a second day of losses.

The main focus this week will be on the Federal Reserve, which begins a two-day monetary policy meeting today, and the jobs report out of the United States on Friday. The Fed is widely expected to cut its benchmark rate by 25-basis points for the third time this year as it attempts to cushion the economy from the prolonged trade frictions. But with the US and China nearing an interim agreement and a US recession not looking very likely, policymakers may decide to pause before cutting again.

The Bank of Canada and the Bank of Japan will also be announcing their policy decisions over the next 48 hours, while third quarter GDP numbers out of the Eurozone and the US should make for a very busy week.

Oil Under the Gun Again. On Monday morning, a barrel of Brent is
Euro Completely Recovered Its February Losses. On Monday, March 2nd, the major currency pair
How long to the parity for EURUSD?. EURUSD price is continuing to decrease. The last
Correctional Rebound in Oil Died DownGPBUSD: chance of a drop is still thereGold Stopped GrowingBrent oil price to drop down to $50Pound Handled the Brexit with DignityUSDCAD rises to 7-week high above 1.3200
Quotes / Sun 18 / April / 07:12pm

Bitcoin and Gold Prices Diverge Again, Extending 5-Month Correlation. Bitcoin is again feeling the pull of gravity
Markets roll back after last week decline, EURUSD tests the important resistance. Market focus Holidays in the U. S. and
What is crypto-currency in simple words?.   Crypto-currency is electronic virtual or digital money.
How to make money OUT of crypto-currency?How to earn bitcoin?What is bitcoin in simple words?How to buy a bitcoin?
Economic calendar / Sunday 18 / April / 10:12pm