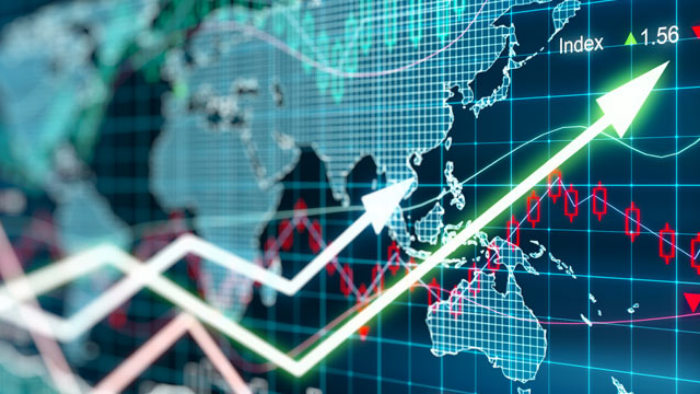 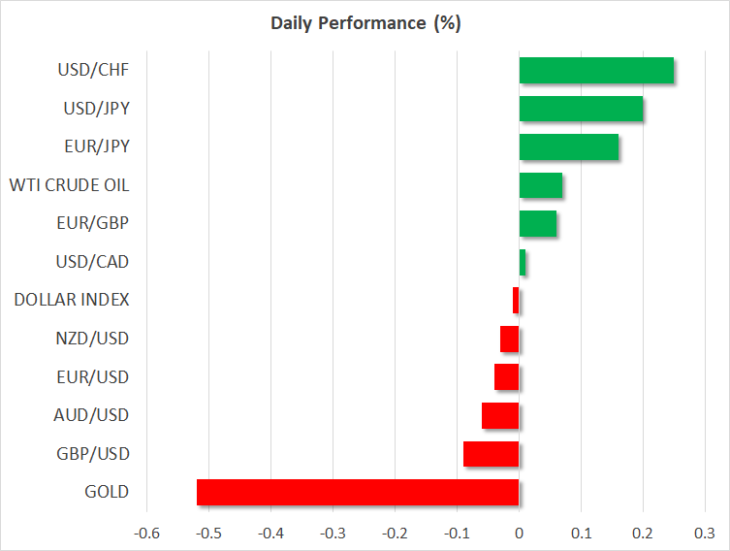 Another day, another record high for US equity markets. Futures point to a notably higher open on Wall Street today, the S&P 500 expected to gain 0.45%, after Larry Kudlow – one of Trump’s closest economic advisers – hyped the prospect of a ‘phase one’ trade deal with China overnight. He said that the partial agreement is coming down to the final stages, fueling hopes for a breakthrough soon.

In contrast however, the Financial Times ran a story that Washington and Beijing are struggling to complete their preliminary deal, amid ongoing disagreements around agricultural purchases and tariff rollbacks. This added to a chorus of recent reports suggesting the talks have hit a brick wall.

The stock market clearly chose to focus on the encouraging signs, but the same cannot be said for the FX market, where the past few days have been characterized by sizeable gains in the yen and Swiss franc – both safe havens. Admittedly, stock markets may be ‘biased’ in this regard, as equities can rally both on good trade news and on bad news that fuel hopes for more Fed stimulus, so the currency market may be a better bellwether of the overall mood in the trade war.

On the whole, uncertainty has clearly crept back into the mix, and traders seem increasingly wary of a potential setback, or even the talks breaking down if neither side makes concessions. Remember, we are still dealing with the simple issues, such as the size of agricultural purchases and the timeline for tariff rollbacks – the hard part lies in the second phase of the negotiations, which hasn’t even started yet.

The world’s reserve currency pulled back yesterday, in tandem with US bond yields, as the trade optimism started to wane. The drop came even despite clear signals from the Fed’s ‘top 3’ – Powell, Clarida, and Williams – that their central bank will stay on hold for the foreseeable future absent some unforeseen shock.

Today, the dollar will likely take its cue from any surprises in the upcoming retail sales data, which will reveal whether the US consumer remains the backbone of the economy, or whether the malaise in the manufacturing sector is starting to spread. The market is currently pricing in a ~40% chance for another Fed rate cut in March.

In the bigger picture, the outlook for the dollar remains favorable, largely due to a lack of viable alternatives. Europe and – to a lesser degree – Japan are fragile economically and their interest rates are at rock bottom, reducing the appeal of both the euro and yen relative to the almighty greenback, which boasts an economy that’s growing much faster and enjoys higher rates. For this narrative to change, the Fed would either have to start slashing rates much more aggressively or Germany would need to announce a fiscal stimulus package to stimulate the struggling euro area, neither of which is likely anytime soon.

Outside of the US retail sales data, the economic calendar is almost empty today.

Markets will keep an eye on whether President Trump will finally impose tariffs on European cars. On Wednesday, he said he will make a decision “soon, fairly soon”. Undoubtedly, this is a major risk for the battered German car industry, and by extension for the entire euro area and its currency, given how deep the automobile supply chain runs through Eastern Europe.

Oil Under the Gun Again. On Monday morning, a barrel of Brent is
Euro Completely Recovered Its February Losses. On Monday, March 2nd, the major currency pair
How long to the parity for EURUSD?. EURUSD price is continuing to decrease. The last
Correctional Rebound in Oil Died DownGPBUSD: chance of a drop is still thereGold Stopped GrowingBrent oil price to drop down to $50Pound Handled the Brexit with DignityUSDCAD rises to 7-week high above 1.3200
Quotes / Sat 17 / April / 05:48am

Bitcoin and Gold Prices Diverge Again, Extending 5-Month Correlation. Bitcoin is again feeling the pull of gravity
Markets roll back after last week decline, EURUSD tests the important resistance. Market focus Holidays in the U. S. and
What is crypto-currency in simple words?.   Crypto-currency is electronic virtual or digital money.
How to make money OUT of crypto-currency?How to earn bitcoin?What is bitcoin in simple words?How to buy a bitcoin?
Economic calendar / Saturday 17 / April / 08:48am