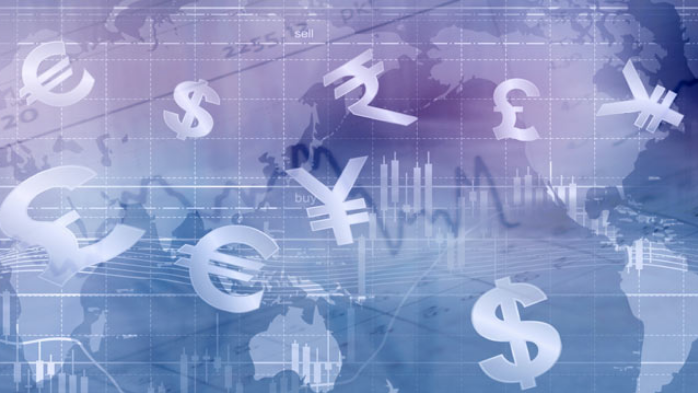 The safe-haven yen and gold pushed higher on Monday as the week got off to a cautious start ahead of much-anticipated high-level trade discussions between the United Stated and China later this week. Deputy-level negotiators are due to begin talks later today before Chinese Vice Premier Liu He meets with the US Trade Representative Robert Lighthizer and Treasury Secretary Steven Mnuchin on Thursday.

However, already low hopes of substantial progress were dealt another blow after Bloomberg reported that Chinese negotiators are not looking to discuss a broad trade deal and the range of topics on the table this week has been significantly narrowed.

The US dollar weakened versus the yen in early trading, falling to a one-week low of 106.79 yen. Against a basket of currencies, the greenback was slightly firmer, though still well below the 2½-year peak scaled last week.

Grim outlook and political uncertainty weigh on dollar and sentiment

The dollar came under pressure last week after both the closely watched ISM manufacturing and non-manufacturing PMIs disappointed, illustrating that the US economy is not immune to the global slowdown and fuelling expectations of additional rate cuts by the Federal Reserve in the coming months.

Further weighing on the dollar over the past two weeks is President Trump’s impeachment inquiry, which has been gathering pace in recent days as the first witness from the investigation has testified in Congress, while a second whistleblower for Trump’s alleged attempt to extort Ukraine has come forward.

The inquiry has added a new layer of political uncertainty in the US, raising further concerns about Trump’s unpredictable nature amid an ongoing trade war and the looming 2020 presidential race.

But it wasn’t all doom and gloom in the markets as traders took comfort from Friday’s reasonably solid US jobs report. The US unemployment rate fell to a 50-year low of 3.5% in September, though the number of jobs created fell somewhat short of expectations.

Asian stocks mostly closed in positive territory on Monday and European indices were also in the green. However, US equity futures point to a more cautious start for Wall Street. With no major releases on the agenda today, any fresh headlines around the trade talks will likely navigate the market mood.

In European currencies, the pound got off to a soft start, while the euro was flat, though both were comfortably off their lows from last week. Slowing growth and the Brexit crisis continue to dog the two the currencies, with the pound facing a choppy week as the UK prime minister, Boris Johnson, is having a tough time convincing the European Union that his Brexit plans are workable. French President Emmanuel Macron has given the UK one week to come up with a revised proposal to break the impasse after Brussels said his current plan could not be used as a basis for a new deal.

EU leaders will likely decide by the end of the week whether a revised deal with Britain before October 31 is possible or whether another extension is inevitable.

With uncertainty running higher about what Johnson will do should the EU reject his plan, the pound was struggling to hold on to the $1.23 level in early European trading.

Oil Under the Gun Again. On Monday morning, a barrel of Brent is
Euro Completely Recovered Its February Losses. On Monday, March 2nd, the major currency pair
How long to the parity for EURUSD?. EURUSD price is continuing to decrease. The last
Correctional Rebound in Oil Died DownGPBUSD: chance of a drop is still thereGold Stopped GrowingBrent oil price to drop down to $50Pound Handled the Brexit with DignityUSDCAD rises to 7-week high above 1.3200
Quotes / Sat 17 / April / 04:42am

Bitcoin and Gold Prices Diverge Again, Extending 5-Month Correlation. Bitcoin is again feeling the pull of gravity
Markets roll back after last week decline, EURUSD tests the important resistance. Market focus Holidays in the U. S. and
What is crypto-currency in simple words?.   Crypto-currency is electronic virtual or digital money.
How to make money OUT of crypto-currency?How to earn bitcoin?What is bitcoin in simple words?How to buy a bitcoin?
Economic calendar / Saturday 17 / April / 07:42am