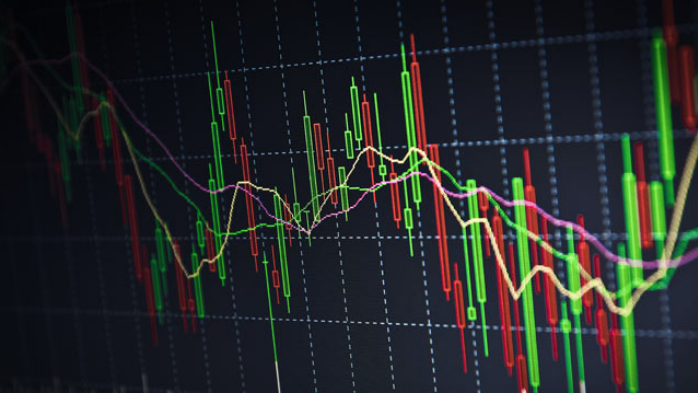 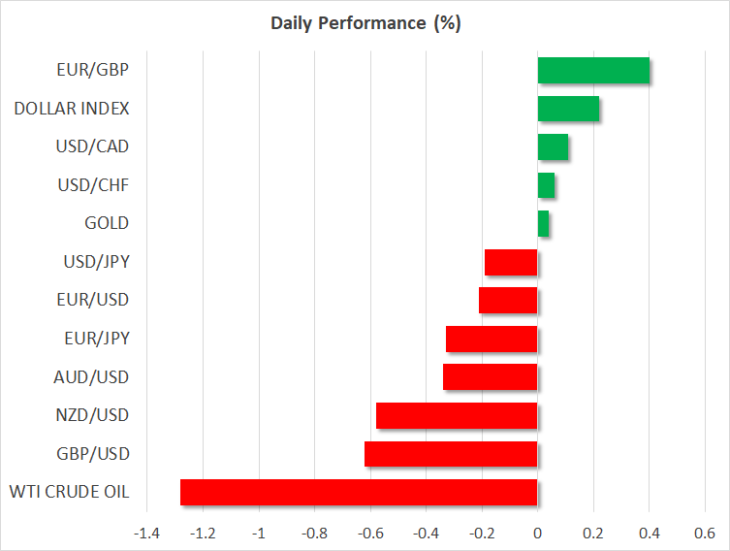 Global risk appetite got a boost on Friday, with stocks edging higher while safe havens like the Japanese yen surrendered ground, after the world’s two largest economies reached a truce in their fiery trade battle. This ‘limited’ trade agreement will see China buy $40-$50bn worth of US agricultural products per year, in exchange for Washington cancelling the tariff increases it had planned for this week. Beijing also offered some pledges on intellectual property and currency policy, but those seem relatively vague, implying that they carry less weight.

Where does all this leave markets? On the one hand, this ‘mini’ deal is an encouraging sign, as it reduces the risk that the trade battle escalates into a full-scale cold war. However, it doesn’t bring the two sides any closer to a ‘big’ deal – perhaps even the opposite. By striking this truce, Trump has effectively alleviated much of the pressure on Beijing, meaning that the Chinese leadership won’t be in a rush to make any concessions on the real issues anytime soon. Separately, the risk of more escalation hasn’t evaporated, as the US only postponed its October tariffs – another round of levies is still scheduled for December.

Therefore, it’s probably much too soon to open the champagne bottles, and it will be interesting to see for how long the positive mood is sustained. Investors seem equally hesitant, judging by the mild risk-off tone running through markets early on Monday, with most assets retracing their late-Friday moves. Likewise, the implied probability for another Fed rate cut this month remains elevated at 75%, so traders don’t see this as a game-changer for monetary policy at all.

Pound surrenders some gains after DUP casts doubt on deal

The British pound remains in the eye of the storm, outperforming all its major peers on Friday amid renewed optimism that a Brexit deal might be reached soon, after the UK watered down its stance on the thorny Irish border issue last week. It appears PM Johnson offered to keep Northern Ireland (NI) in full alignment with EU customs regulations, which would eliminate the need for checks on the Irish border but create a customs border along the Irish sea.

If true, this is a major concession by Britain that potentially opens the way towards a deal being hammered out. The real question, however, is whether any such deal would pass through the UK Parliament. By compromising too much, Johnson risks losing the blessings of his die-hard Tory Brexiteers and the DUP, both crucial factions if he is to push any deal through Parliament.

Headlines over the weekend played into this narrative, with the DUP’s deputy leader – Nigel Dodds – saying that NI must remain in a “full UK customs union”. The implication is that the DUP may not support any deal that Boris brokers, which is weighing on the pound today. Even if a deal is struck, and that’s a big ‘if’, it is still unlikely to pass the British Parliament with its current configuration, meaning that another Brexit extension that’s followed by an election still appear inevitable. Since that could make both a future deal and a second referendum more likely, sterling may extend its relief rally.

Elsewhere, the Canadian dollar was the second-best performing currency on Friday, after the nation’s employment data for September smashed estimates, enhancing the narrative that the local central bank won’t cut rates in the coming months. A surge in oil prices also helped the loonie, though that has retraced almost entirely today.

Oil Under the Gun Again. On Monday morning, a barrel of Brent is
Euro Completely Recovered Its February Losses. On Monday, March 2nd, the major currency pair
How long to the parity for EURUSD?. EURUSD price is continuing to decrease. The last
Correctional Rebound in Oil Died DownGPBUSD: chance of a drop is still thereGold Stopped GrowingBrent oil price to drop down to $50Pound Handled the Brexit with DignityUSDCAD rises to 7-week high above 1.3200
Quotes / Sun 18 / April / 04:44pm

Bitcoin and Gold Prices Diverge Again, Extending 5-Month Correlation. Bitcoin is again feeling the pull of gravity
Markets roll back after last week decline, EURUSD tests the important resistance. Market focus Holidays in the U. S. and
What is crypto-currency in simple words?.   Crypto-currency is electronic virtual or digital money.
How to make money OUT of crypto-currency?How to earn bitcoin?What is bitcoin in simple words?How to buy a bitcoin?
Economic calendar / Sunday 18 / April / 07:44pm