The old rally in the new year

It is often the case that markets start a new year with new trends. Fears of a full-fledged military confrontation between the US and Iran made the markets worry last week, but soon the situation returned to the previous course. Both sides demonstrate a desire for de-escalation of the conflict, which brought the markets back to the rally. Besides, there were very mild reaction (yet) to the crash of a passenger plane near Tehran. US and Canadian politicians say it possibly done by mistake, i.e. it may not have entailed additional toughening against Iran. 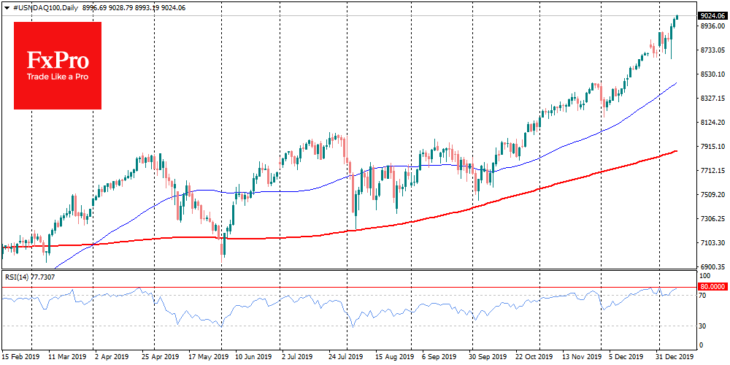 The Nasdaq index passed the 9000 mark this morning, an almost 10% increase over a month.

Oil returned to $65 per barrel of Brent, compared to levels above $70.50 at the peak of fears on Wednesday. 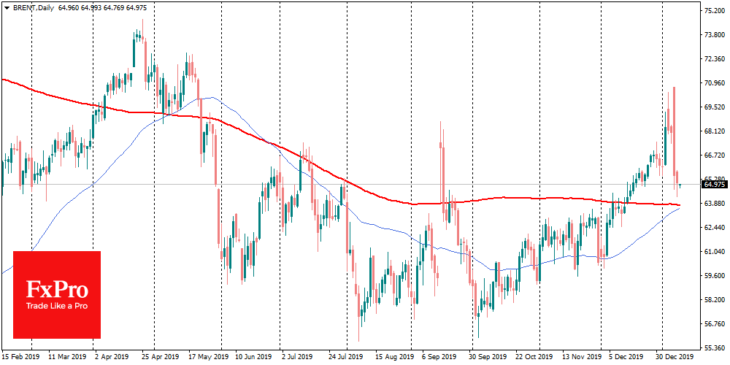 Geopolitics got loud at the beginning of the year, but today it should give way to macroeconomic news as US employment data is published. Robust November data has removed much of the fear that the world’s largest economy is slowing down. December data is expected to show growth by 150K-160K, which looks good after a jump of 266K a month earlier.

Another pleasant surprise for the markets from macrostatistics may finally remove all the obstacles for the growth of stock markets. A sharp deterioration in the data may alert the markets, returning doubts about the economy’s ability to record-breaking 11th consecutive year. 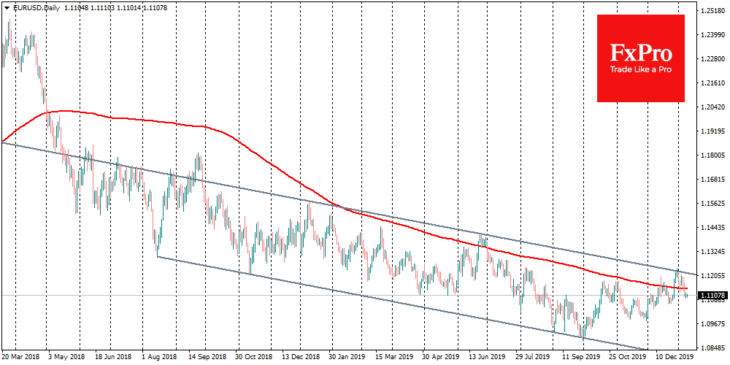 For the dollar, the situation looks more complicated. Classically, weak data can cause pressure on the dollar, as it will indicate a softer tone of monetary policy in the coming months. Otherwise, a sharp US growth cooling may be perceived as a warning signal for the global economy. If the demand for safe assets on the world markets returns, the dollar may well get additional demand, developing the growth trend since the beginning of the year. In this case, an important milestone may be the area of Christmas highs at 97.40 for the USD index, as well as the area of 1.1060 for EURUSD and 1.29 for GBPUSD.

Oil Under the Gun Again. On Monday morning, a barrel of Brent is
Euro Completely Recovered Its February Losses. On Monday, March 2nd, the major currency pair
How long to the parity for EURUSD?. EURUSD price is continuing to decrease. The last
Correctional Rebound in Oil Died DownGPBUSD: chance of a drop is still thereGold Stopped GrowingBrent oil price to drop down to $50Pound Handled the Brexit with DignityUSDCAD rises to 7-week high above 1.3200
Quotes / Mon 19 / April / 03:54am

Bitcoin and Gold Prices Diverge Again, Extending 5-Month Correlation. Bitcoin is again feeling the pull of gravity
Markets roll back after last week decline, EURUSD tests the important resistance. Market focus Holidays in the U. S. and
What is crypto-currency in simple words?.   Crypto-currency is electronic virtual or digital money.
How to make money OUT of crypto-currency?How to earn bitcoin?What is bitcoin in simple words?How to buy a bitcoin?
Economic calendar / Monday 19 / April / 06:54am