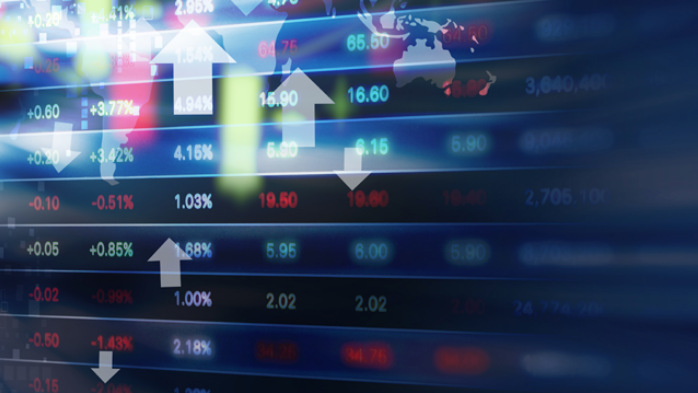 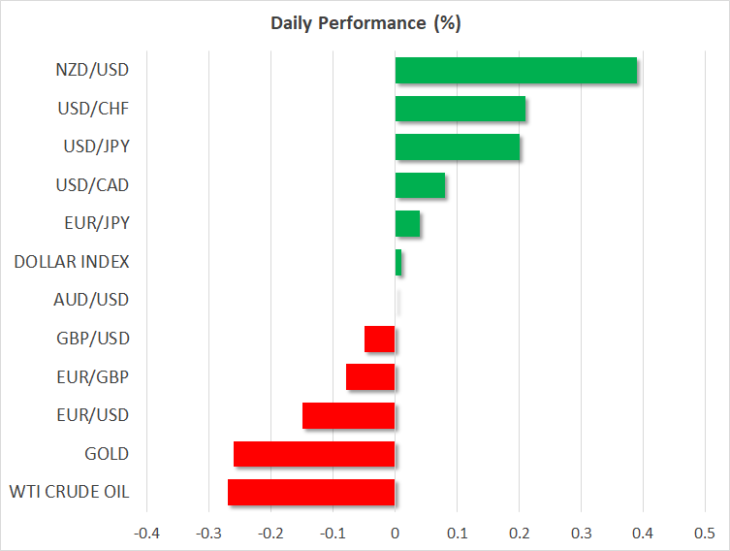 Growing signs that the partial US-China trade deal is close to being finalized drove market sentiment on Monday with Asian stocks getting a lift from another record close on Wall Street on Friday. The White House economic advisor Larry Kudlow told reports on Friday that “enormous progress” has been made in the ‘phase one’ agreement currently being negotiated, while US Commerce Secretary Wilbur Ross said a deal should be reached this month. Ross also suggested that the US might not need to impose auto tariffs planned for this month given the progress being made with their European, Japanese and Korean counterparts.

The sound bites from China were optimistic too, with the Commerce Ministry saying the two sides had reached “consensus on principles”.

The upbeat remarks propelled US equities to new record peaks. The S&P 500 and the Nasdaq Composite both closed at all-time highs, while the Dow Jones came within a fraction of its record close. In Asia, China’s CSI 300 index ended the day at its highest in six months and stock futures for European indices were pointing to a solid start.

Adding to the positive sentiment was Friday’s better-than-expected nonfarm payrolls report for October, which indicated the US labour market remains robust. Earlier in the data, Chinese manufacturing PMI had also come in above expectations. Together, the data eased fears of a major downturn and indicated the global economy might be in far better shape than feared.

The trade optimism pressured safe-haven assets on Monday, with the yen and the Swiss franc slipping against their major peers, while gold fell 0.3% to $1508 an ounce.

The Swiss franc was facing additional selling pressure today after SNB Chairman Jordan Thomas signalled over the weekend that interest rates might need to be lowered deeper into negative territory. The US dollar didn’t fare much better and was little changed against its main peers, though it did manage to climb 0.2% versus then yen to 108.38.

Overall, despite the euphoria in equity markets, the modest moves in currency markets suggested there was still some caution among traders as even if a ‘phase one’ trade pact is signed, it’s unclear whether the US will roll back the existing tariffs on China. The trump administration has yet to confirm if it will scrap its planned tariffs on all remaining imports from China scheduled for December 15.

The New Zealand dollar appeared to be the sole exception as it scaled 2½-month peaks versus the greenback to hit a high of $0.6465, as apart from the positive trade headlines, kiwi/dollar was boosted by a slide in aussie/kiwi.  The Australian dollar was weighed by weak domestic data on retail sales and job vacancies, which rekindled expectation of more rate cuts by the Reserve Bank of Australia just as they had started to recede.

The euro was trading close to October’s 2-month top of $1.1179 as investors awaited new ECB President Christine Lagarde’s first speech (1830 GMT) for any hints on monetary policy. Although, the European Central Bank is not expected to ease policy again anytime soon, if Lagarde signals willingness to increase stimulus further, the euro’s latest rebound could come under threat.

Traders will also be hoping that the Lagarde will call on European leaders to loosen the fiscal purse strings to revive growth in the euro area as monetary policy appears to have run its course.

As for rest of the day, it will be relatively quiet, though earnings announcements from the likes of Walt Disney and Uber should keep stock traders busy.

Oil Under the Gun Again. On Monday morning, a barrel of Brent is
Euro Completely Recovered Its February Losses. On Monday, March 2nd, the major currency pair
How long to the parity for EURUSD?. EURUSD price is continuing to decrease. The last
Correctional Rebound in Oil Died DownGPBUSD: chance of a drop is still thereGold Stopped GrowingBrent oil price to drop down to $50Pound Handled the Brexit with DignityUSDCAD rises to 7-week high above 1.3200
Quotes / Mon 12 / April / 07:37pm

Bitcoin and Gold Prices Diverge Again, Extending 5-Month Correlation. Bitcoin is again feeling the pull of gravity
Markets roll back after last week decline, EURUSD tests the important resistance. Market focus Holidays in the U. S. and
What is crypto-currency in simple words?.   Crypto-currency is electronic virtual or digital money.
How to make money OUT of crypto-currency?How to earn bitcoin?What is bitcoin in simple words?How to buy a bitcoin?
Economic calendar / Monday 12 / April / 10:37pm