Trade wars and weaker USD went to the agenda 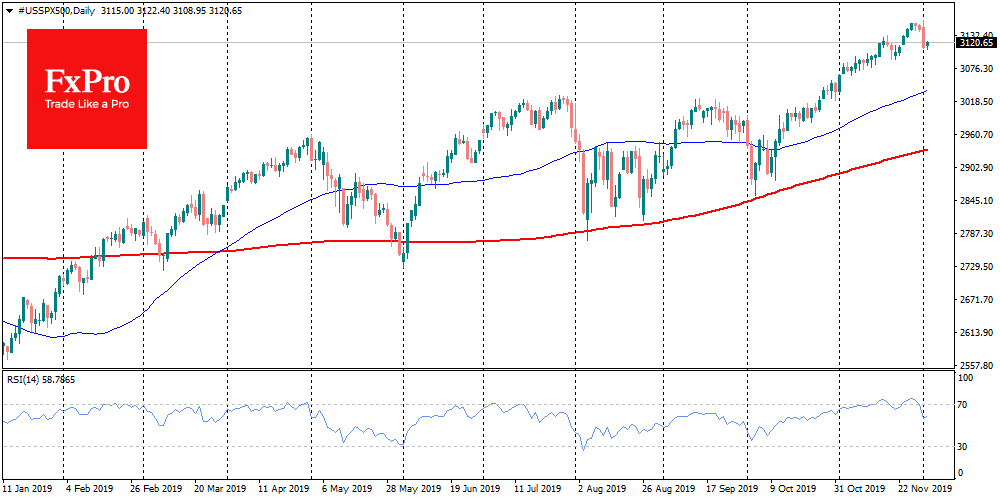 Trump recalled once again that trade wars are far from over. Over the past 24 hours, the battlefront expands dramatically. S&P500 dropped 0.8% on Monday, to 11-day lows; the European EuroStoxx 50 collapsed more than 2% after updated 4.5-year highs earlier. Markets negatively reacted to the introduction of tariffs on import from Brazil and Argentina in response to the decline of their currencies, and announcement of possible 100% duties on French champagne, cheese, handbags, and other goods in response to the “digital tax”.

This news made the markets remember the eternal trade wars, which caused pressure on quotes. Worse yet, this happened the wrong time, as the U.S. released very disappointing economic data on production activity. 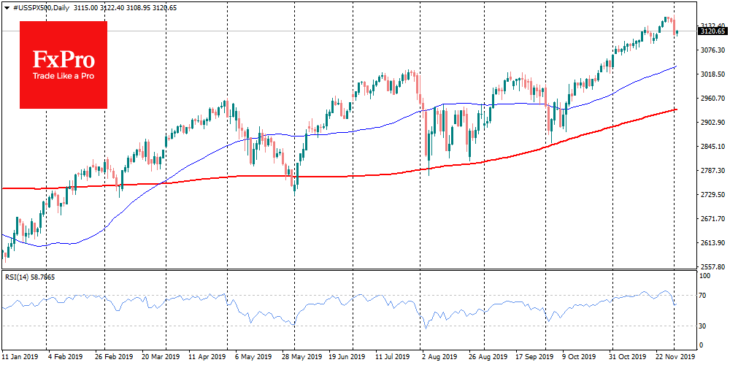 Closely monitored production index from ISM decreased instead of the expected growth. This news came at the wrong time, as it crossed out the extensive speculation that the economy has passed the lowest point, reacting to monetary stimulus. Also, spending in the construction sector did not show any growth over the past six months. Trump’s recent initiatives are creating expectations in markets that the new “victims” of trade initiatives could unite against the U.S. 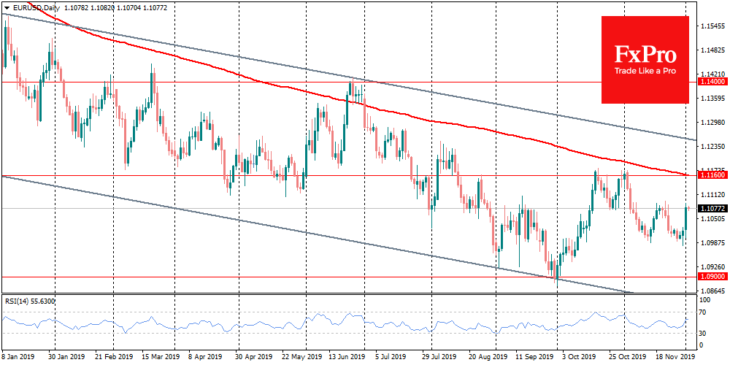 The dollar reacted extremely nervously to new calls for the Fed to devalue the dollar and remained under pressure after the publication of weak production data. As a result, the dollar index declined by 0.5%, which can be considered a big move after a long lull. EURUSD returned to 1.1080, and GBPUSD rose to 1.2950.

Many important events, from the employment data to the Fed decision in the coming days, may bring the dollar back up unless there is evidence of a sharp deterioration in data from the U.S.

So far, markets and the dollar have been declining simultaneously, which is an even rarer combination than their simultaneous growth that we saw in the previous weeks.

Regarding the forex market, it will be possible to speak about reversal in the case of EURUSD growth above 1.1160. The 200-day average passes through this level, and there are two previous peaks. 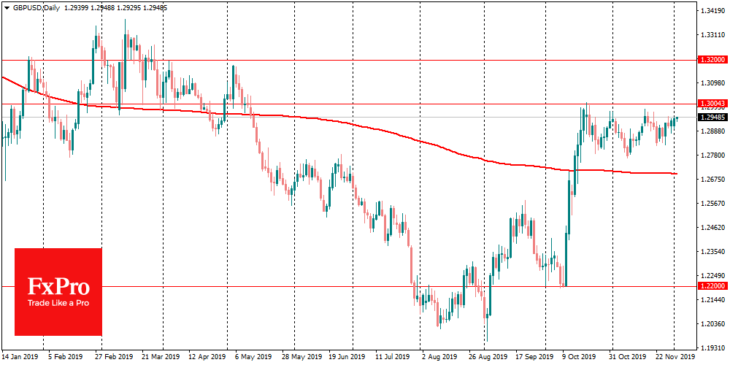 On the GBPUSD, it will be possible to speak about an uptrend forming in case of holding above 1.3000 that pair cannot make since October.

Tuesday can be a significant test for stock markets. It will be a good signal if they manage to return to growth in response to the decline of the dollar but not to go down because of fears of trading conflicts.

Oil Under the Gun Again. On Monday morning, a barrel of Brent is
Euro Completely Recovered Its February Losses. On Monday, March 2nd, the major currency pair
How long to the parity for EURUSD?. EURUSD price is continuing to decrease. The last
Correctional Rebound in Oil Died DownGPBUSD: chance of a drop is still thereGold Stopped GrowingBrent oil price to drop down to $50Pound Handled the Brexit with DignityUSDCAD rises to 7-week high above 1.3200
Quotes / Mon 19 / April / 02:20am

Bitcoin and Gold Prices Diverge Again, Extending 5-Month Correlation. Bitcoin is again feeling the pull of gravity
Markets roll back after last week decline, EURUSD tests the important resistance. Market focus Holidays in the U. S. and
What is crypto-currency in simple words?.   Crypto-currency is electronic virtual or digital money.
How to make money OUT of crypto-currency?How to earn bitcoin?What is bitcoin in simple words?How to buy a bitcoin?
Economic calendar / Monday 19 / April / 05:20am