The U.S. dollar and the Japanese yen were largely flat on Friday in Asia as tensions between China and the U.S. seemingly eased somewhat. 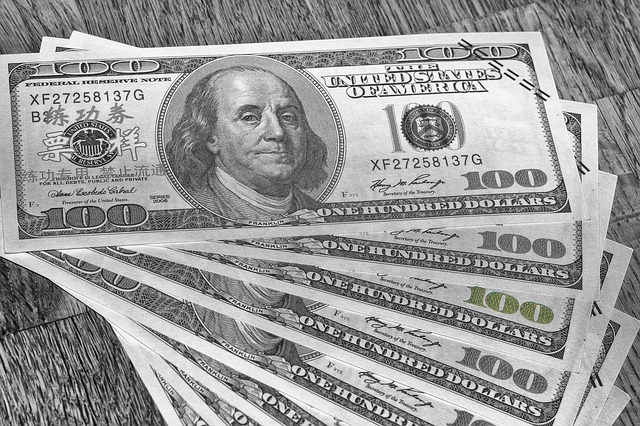 Gao Feng, spokesman for China’s Foreign Ministry, said China is willing to negotiate with the U.S. on trade issues “with calm attitude,” adding that Beijing will not retaliate against U.S.’s latest tariff moves for now.

His comments sent global stocks higher and was cited as headwinds for the safe-haven yen, but political crisis in Hong Kong and Middle East supported the Japanese currency.

“There are so many geopolitical risk factors now. Not to mention U.S.-China trade conflicts, we have Brexit, Hong Kong and the Middle East. So we should expect the yen to jump from time to time,” said Minori Uchida, chief currency analyst at MUFG Bank, in a Reuters report.

U.S. President Donald Trump said some discussions were taking place on Thursday, ahead of a looming deadline for additional U.S. tariffs on Sept. 1.

Meanwhile, the U.S. dollar index was also little changed at 98.477.

The Federal Reserve is expected to cut rates by 25 basis points in September to support the economy in the face of trade risk.

After the release of the data, Trump once again criticized the Fed for not cutting rates enough.

The GBP/USD pair slipped 0.1% to 1.2183 as the looming prospect of a no-deal Brexit kept traders on edge. Prime Minister Boris Johnson decided earlier this week to suspend Britain’s parliament for more than a month before Brexit.

The move will limit the time opponents have to derail a disorderly Brexit but also increases the chance that Johnson could face a vote of no-confidence in his government, and possibly an election.

Oil Under the Gun Again. On Monday morning, a barrel of Brent is
Euro Completely Recovered Its February Losses. On Monday, March 2nd, the major currency pair
How long to the parity for EURUSD?. EURUSD price is continuing to decrease. The last
Correctional Rebound in Oil Died DownGPBUSD: chance of a drop is still thereGold Stopped GrowingBrent oil price to drop down to $50Pound Handled the Brexit with DignityUSDCAD rises to 7-week high above 1.3200
Quotes / Sat 17 / April / 04:24am

Bitcoin and Gold Prices Diverge Again, Extending 5-Month Correlation. Bitcoin is again feeling the pull of gravity
Markets roll back after last week decline, EURUSD tests the important resistance. Market focus Holidays in the U. S. and
What is crypto-currency in simple words?.   Crypto-currency is electronic virtual or digital money.
How to make money OUT of crypto-currency?How to earn bitcoin?What is bitcoin in simple words?How to buy a bitcoin?
Economic calendar / Saturday 17 / April / 07:24am