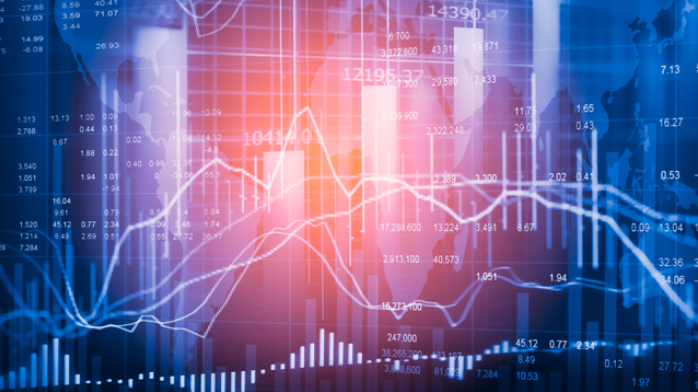 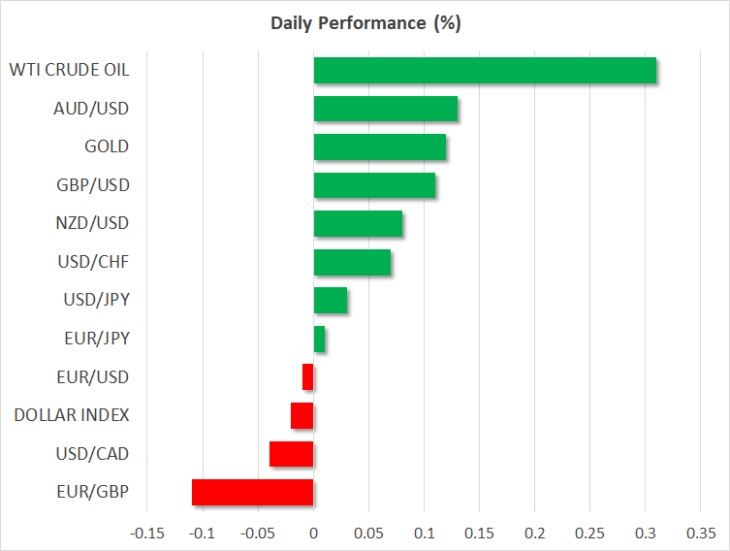 China’s growth slows in 2019 but recovery could be underway

Economic growth in the world’s second largest economy reached the slowest in 29 years according to GDP numbers out of China this morning. GDP expanded by 6.1% for the full year in 2019 and fourth quarter growth stood at 6.0% year-on-year, unchanged from the prior quarter, as the long-drawn-out trade dispute with the United States took its toll on the economy.

The data was in line with expectations but there were positive surprises from the monthly indicators, with both industrial output and retail sales beating the forecasts in December and pointing to a possible quickening in growth momentum towards the end of 2019.

At the very least, the data should support the view that China’s economy is stabilizing and a pledge for more stimulus measures by a Chinese government official today further underscored the improving outlook for the year ahead.

The Chinese yuan extended its bullish run on the back of the encouraging data to hit a 6-month high against the US dollar, having gained 1.5% in the year-to-date.

No end in sight for Wall Street’s record streak

There seems to be no stopping to Wall Street’s rally lately as all three main indices closed at a record high for yet another day on Thursday as there was nothing to dampen the risk-on mood that’s been driving the markets since early December when the ‘phase one’ deal was announced.

The S&P 500 burst through the 3,300 level for the first time, as tech stocks surged, while strong earnings from Morgan Stanley also boosted the share indices. However, Friday is expected to be a quieter day in terms of earnings releases and US equity futures are pointing to more modest gains.

Going forward, the concern for the US and global equities rally is whether there will be any significant new catalysts to sustain the impressive uptrend.

For now, there appears to be plenty of positive developments to feed the risk appetite. The revised North American trade pact – USMCA – cleared its final hurdle yesterday after US Senators approved the deal. Meanwhile, markets completely brushed off the official start of Trump’s impeachment trial in the Senate yesterday, suggesting investors see no risk of the President being removed from office.

Dollar and Treasury yields lifted by upbeat US data

Further boosting sentiment on Thursday was a hat-trick of data beats in the US. Retail sales figures, the Philly Fed manufacturing index and weekly jobless claims all topped expectations, indicating that US economic growth likely accelerated slightly in Q4 and 2020 got off to a solid start.

US Treasury yields spiked higher on the back of the strong data, lifting the US dollar. The greenback climbed to a near 8-month peak of 110.28 versus the yen today but it was a much more muted affair elsewhere in the currency markets.

The Australian and New Zealand dollars failed to capitalize on the positive sentiment and were only marginally higher, while the euro was flat. The pound continued to edge higher despite growing expectations that the Bank of England will cut interest rates in the coming months.

Looking at the rest of the day, the US dollar is likely to stay in the spotlight as industrial output figures are due as well as a number of speeches by Fed officials, including the Philadelphia Fed’s Harker and Fed Governor Quarles. 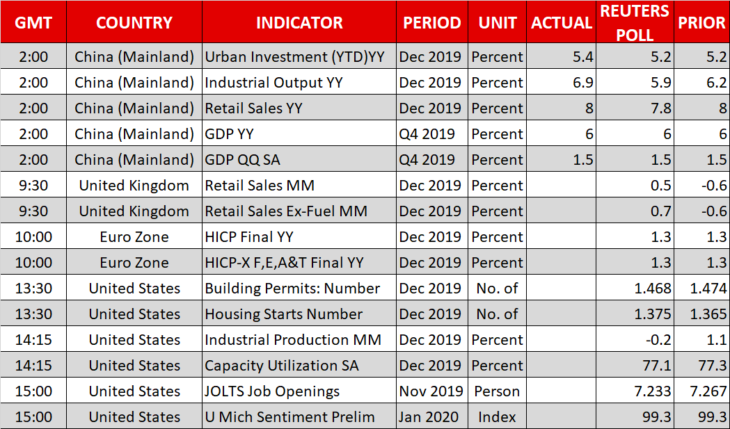 Oil Under the Gun Again. On Monday morning, a barrel of Brent is
Euro Completely Recovered Its February Losses. On Monday, March 2nd, the major currency pair
How long to the parity for EURUSD?. EURUSD price is continuing to decrease. The last
Correctional Rebound in Oil Died DownGPBUSD: chance of a drop is still thereGold Stopped GrowingBrent oil price to drop down to $50Pound Handled the Brexit with DignityUSDCAD rises to 7-week high above 1.3200
Quotes / Fri 26 / February / 09:25pm

Bitcoin and Gold Prices Diverge Again, Extending 5-Month Correlation. Bitcoin is again feeling the pull of gravity
Markets roll back after last week decline, EURUSD tests the important resistance. Market focus Holidays in the U. S. and
What is crypto-currency in simple words?.   Crypto-currency is electronic virtual or digital money.
How to make money OUT of crypto-currency?How to earn bitcoin?What is bitcoin in simple words?How to buy a bitcoin?
Economic calendar / Saturday 27 / February / 12:25am